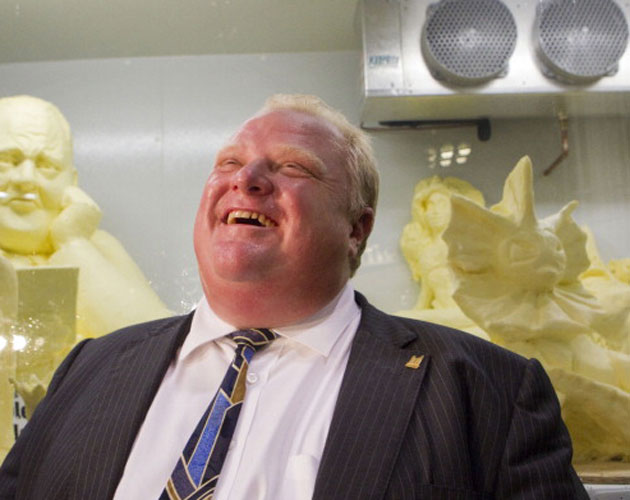 Remember when Toronto’s mayor Rob Ford said, “I have nothing left to hide.” Well, more police documents have been released and according to statements made by his former and present staff, there are plenty more skeletons hanging in Ford’s closet. In fact, yesterday during a city council meeting the mayor admitted he might have a “hanger left” in his closet. That may have been an understatement.

The new documents released by the judges reveal a darker side to Ford’s drinking and drug abuse. There are allegations of Ford drinking and driving, making sexist and racist remarks (even mocking a taxi driver’s accent), asking staff to buy him alcohol and being accompanied by escorts at City Hall. You must be thinking, “You would have to be high to bring a prostitute to your office as a mayor of Canada’s largest city.” Well, allegedly he was as there are also allegations of the mayor sniffing cocaine at the office.

This Friday, council colleagues will determine whether to take away Ford’s power to appoint and fire committee chairs.

Despite multiple calls for Ford to resign and get help, he defiantly stays in office. He told the media this morning that he will take legal action against his staff for their allegations against him.