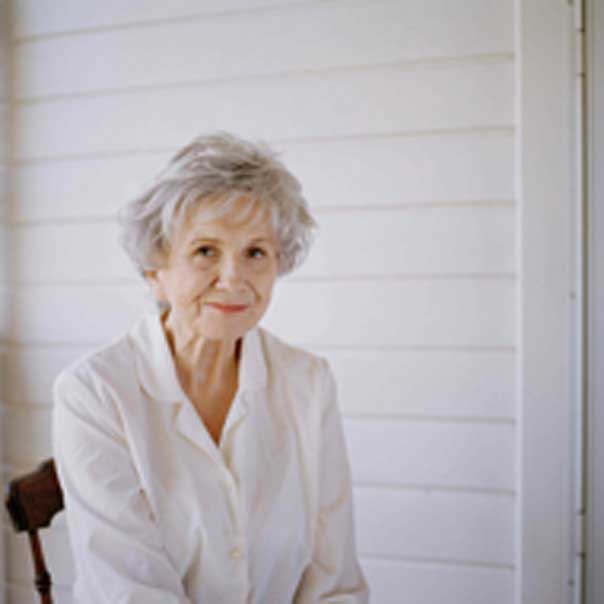 Alice Munro, Canada’s grand dame of the short story, may not have been able to attend the Nobel Award Ceremony in Stockholm on Tuesday, but that didn’t discourage the committee from delivering the highest of praises.

In his presentation speech, Professor Peter Englund, Permanent Secretary of the Swedish Academy and Member of the Nobel Committee, compared the influence of Munro’s body of work to that of the winners for the Nobel’s prestigious science prizes.

“Over the years, numerous prominent scientists have received their well-deserved reward in this auditorium for having solved some of the great enigmas of the universe or of our material existence,” he says. “But you, Alice Munro, like few others, have come close to solving the greatest mystery of them all: the human heart and its caprices.”

Munro was not at the ceremony due to poor health, but her daughter, Jenny Munro, and her longtime editor and friend Douglas Gibson travelled to Stockholm to accept the prize.

The 2013 Nobel Lecture in Literature, traditionally given by the winner, was replaced by a pre-recorded video conversation with the Laureate called Alice Munro: In her Own Words.

In it, Munro gives a message to the people of Stockholm.

“Oh, I want to say that I am so grateful for this great honour, that nothing, nothing in the world could make me so happy as this! Thank you!”

As she did on October 10, when the prize announcement was made, Munro expressed her disbelief at winning the Nobel Prize.

“I just didn’t think that way, because most writers probably underestimate their work, especially after it’s done,” she says. “You don’t go around and tell your friends that I will probably win the Nobel Prize. That is not a common way of greeting one!”

In an interview with Nobelprize.org‘s Adam Smith following the prize announcement on October 10, Munro suggested she might reconsider her decision to retire from writing, a statement that caused much excitement among her many fans.

“I thought maybe it’s time to take it easy,” she said. “But this may change my mind.”

The 82-year-old is the first Canadian-based writer to win and is also only the 13th woman to receive the award.

Dear Life, her latest collection of short stories published last fall by McClelland & Stewart, is now out in paperback. She is the author of 16 books, including Too Much Happiness, The View from Castle Rock, Runaway, The Progress of Love, and Lives of Girls and Women. Along with this Nobel Prize, she is the recipient of awards too numerous to count, including three Governor General’s Literary Awards and two Giller Prizes, the National Book Critics Circle Award and the PEN/Malamud Award in the U.S.

Munro was also the first Canadian to win the prestigious Man Booker International Prize for Lifetime Achievement. Her stories have appeared in The New Yorker, The Atlantic and The Paris Review, and her collections have been translated into thirteen languages.