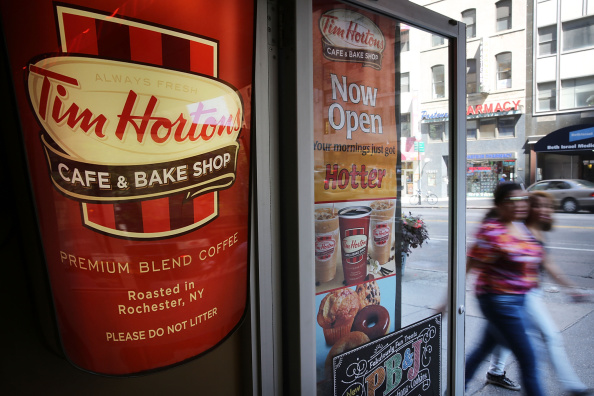 Would you like a coffee with your Whopper Jr.?

The social networks are buzzing today at the news that fast food giant, Burger King, has pitched a proposal to take over Canada’s beloved Tim Hortons.

Wait, rewind, hold on–what? The king of burgers wants to reign over our coffee shop kingdom built on double-doubles and maple-dipped donuts? And why should that happen exactly? Here are three reasons in fact:

1. Dollars and cents. Burger King could benefit from moving its operations north of the border for more favourable tax laws. KPMG reports that Canada, for the second year in a row, has the most business-friendly tax structure among developed countries.

2. Breakfast. Although many fast food outlets serve breakfast options, Burger King is not seen in the market as a breakfast destination, while Tim Hortons (and their breakfast sandwiches served atop buttery home-style biscuits) easily dominates in this category.

3. World domination. Burger King wants to grow. You can go to the most remote areas of the world and see the familiar golden arches of a McDonalds, but the same cannot be said for BK. Although they exist here, this move could help them open more restaurants, and they could in turn use their learnings from the “Canadian experiment” to expand even further into foreign markets.

But before you start signing that online petition against their potential takeover, let’s pause and not forget that Tim Hortons was previously owned by Wendy’s–surprise, surprise–an American fast food chain.

Regardless, we want to know what you think. Would you welcome a Burger King-owned Tim Hortons and their move up to Oakville, Ontario (where their new home base would be)?