Why Goldman Sachs says going green is good for business 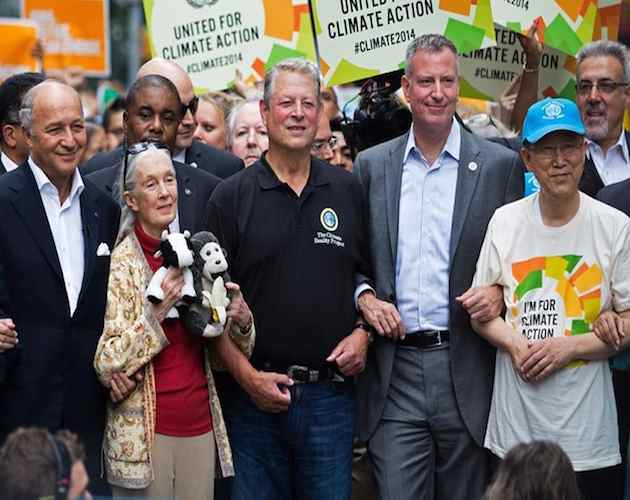 When big banks start advocating for the environment, investors should take note.

According to data-driven research by Goldman Sachs and other big names on Wall Street, sustainable business practices will make your company more profitable and save you money.

An article by Fast Company describes how important it is for companies to put their most sustainable footprint forward to attract the next generation of consumers and employees. These days, consumers are paying attention to their environmental impact and want to align with companies that do the same (read more about that here). It’s a core reason McDonald’s serves Fair Trade coffee and Walmart is making strides towards being powered entirely by renewable energy.

A recent report by the International Finance Corporation shows that the Dow Jones Sustainability Index averaged 36.1 percent higher returns than the traditional Dow Jones Industrial Average over a five-year period.

What that means is the index fund representing the overall performance of the top 250 to 300 most sustainable companies worldwide (in terms of economic, environmental, and social consciousness) performed better than the index fund we use to measure overall market performance.

Each year, the index assesses more than 3000 companies around the globe and makes deletions and additions based on test scores. Launched 15 years ago, or just more than a century after the initial Dow Jones Industrial Average was created, the index has already aided in reshaping financial markets and helping investors “realize the financial materiality of sustainability,” Guido Giese, Head of Indexes at RobecoSAM, said in a press release.

Goldman Sachs backed up that claim in a report, saying that “more capital is now focused on sustainable business models, and the market is rewarding leaders and new entrants in a way that could scarcely have been predicted even 15 years ago.”

Standing strong against the red

Given Mr. Gore’s long-held values and beliefs in regards to sustainability, it’s no surprise his investment fund Generation Investment Management would be one of the first and now third-largest investor to back Seventh Generation – an environmentally-conscious organization and eco-friendly superstore of sorts – with a $30 million investment in the brand’s bid to acquire other like-minded companies. (Organic food maker Annie’s would have been a good one, for example – but General Mills beat them to the punch.)

The company boasts annual retail sales of $300 million and is growing at about 20 percent year over year, according to The Wall Street Journal. It’s one of the few companies that was able to show the recession-proof qualities of green business back in 2008.

Seventh Generation founder Jeffrey Hollender saw his organization grow sales by 50 percent through the onslaught of the financial crisis when most companies would have been “desperate to have 5 percent growth,” he told Adage. Compare that to a few decades ago and you’ll see a stark contrast in the way consumers receive green products.

“If you go back 10, 20, 30 years, other green movements ultimately have had the air taken out of them by recessions,” Aric Melzl for Scott paper company also explained to Adage.

The grass is greener

Since then, the analysts at Goldman Sachs have noted a “dramatic increase” in the number of investors seeking to incorporate sustainability and social, environmental, and governance factors into their portfolios. Further, several studies have found a rapidly growing number of investors willing to pay a premium on green assets.

A 2008 Greening Buildings and Communities study found most green buildings cost up to 4 percent more than traditional buildings, with most costing between 0 and 1 percent more (a substantial amount when you’re looking at eight-figure price tags). But perhaps most compelling is that roughly half of the buildings looked at in the study saw the initial premium paid back within five years or fewer – or 90 percent when the study included health and productivity benefits.

Is it time for a financial green clean?

In today’s world, it’s hard to argue the data that shows going green bringing in more green – and standing strong against the red. As businesses, as investors, and as socially conscious individuals, it might be time to add some healthy green to our bottom lines.