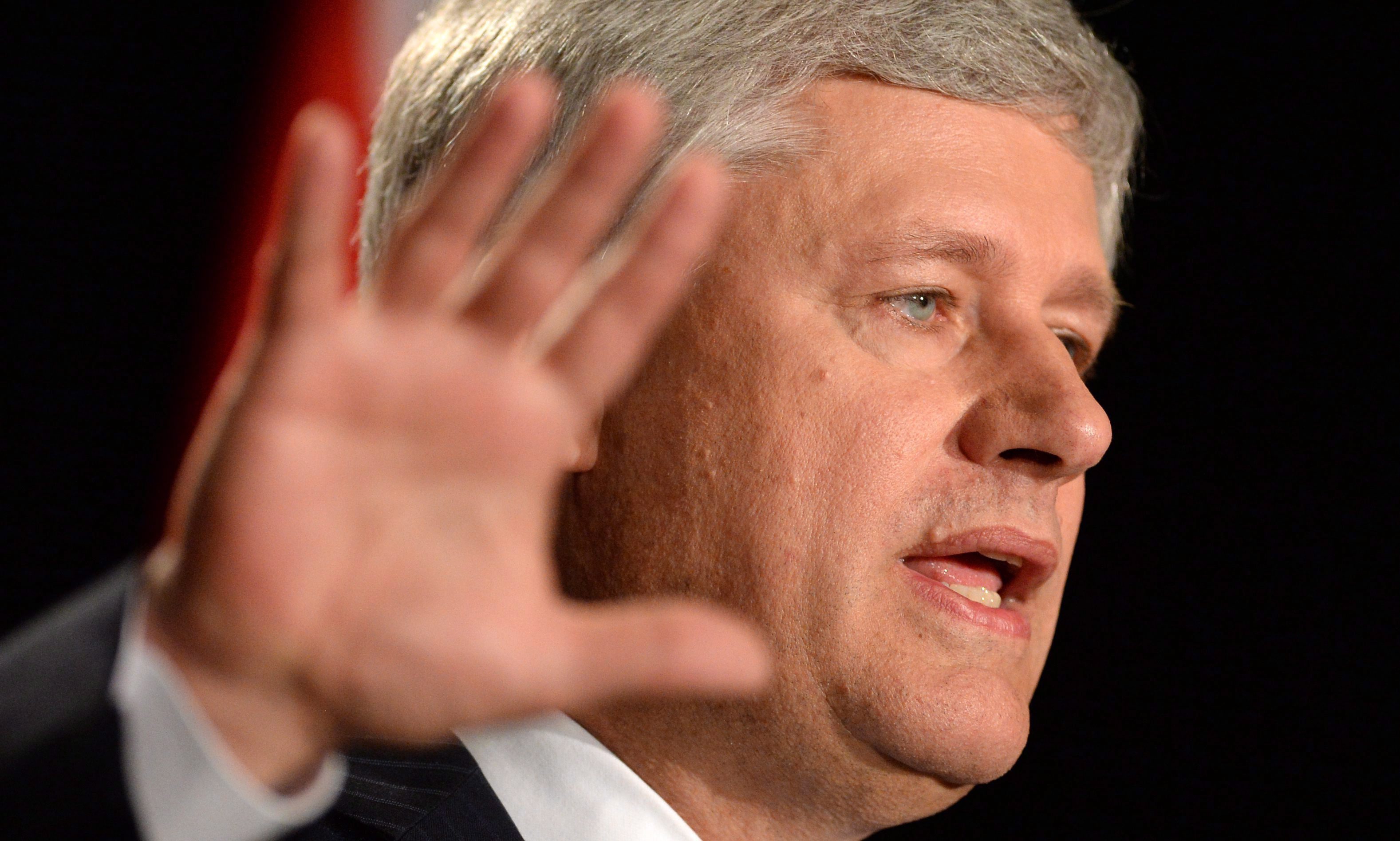 The opening weeks of the 2015 federal election have proven to be a nightmarish start for the Conservatives and their re-election hopes. A surprisingly strong showing of the NDP combined with a string of unfavourable and ill-timed mishaps, have many gurus suggesting that Harper has lost his mojo and that there’ll be a changing of the guard in Ottawa come Oct. 19.

The Conservative re-election team is obviously aware of how damaging the slow start has been. However, they’re nothing if not realists, all grizzled veterans who live by the old baseball metaphor: it’s a marathon, not a sprint. The bright side? There’s still a long way to go.

So while there is indeed an ominous bank of dark clouds gathering over the horizon, each cloud has a silver lining, giving Tory supporters some hope that all is not lost. Let’s take a look:

Dark Cloud #1: The latest polls show the NDP at 37.4%, owning a healthy nine-point lead over the Conservatives, 12 points over the Liberals.

Silver Lining: Despite the disastrous start and all the bad news, the fact that the Conservatives are still holding second place is a minor miracle. And, as any second-place party will tell you, the only poll that really matters is the final standings on election night.

Dark cloud #2: The Mike Duffy fraud trial has left a lot of bruises on Conservative credibility. Although nothing conclusive has come out to show that Harper had direct knowledge of the Duffy pay-off, there’s a general suspicion that something is just not right here. National Post columnist Andrew Coyne hits the mark, suggesting that: “When people are going to great lengths to conceal something, chances are they have a good reason.”

Silver Lining: The trial is now in recess and the media feeding frenzy has abated, for now. Conservative strategists can only hope that, as the news cycle churns, any lingering fallout will fade away and voters will forget all about it, both possibilities in this new media age.

Dark Cloud #3: The economy is edging toward recession, the markets are weak and both the NDP and Liberals are falling over each other trying to pin the blame on failed Conservative fiscal policies.

Silver Lining: The Tories are deflecting this criticism by pointing to their excellent record during the last economic meltdown. Also, it remains to be seen whether anyone really trusts the NDP to manage a fragile economy (just ask any nervous Albertan how that’s going). Meanwhile, the Liberals’ economic plan – especially their tax-the-rich scheme – isn’t exactly inspiring a lot of enthusiasm among undecided voters.

Dark Cloud #4: A group of veterans start an “Anyone But Conservative” campaign, with plans to picket Conservative events and use social media to disrupt their re-election campaign.

Silver Lining: There’s little doubt that the party has had a patchy record with Veterans lately, especially when Julian Fantino was Minister of Defence. Neither the NDP nor the Liberals have a glorious record of advancing the cause of Canada’s armed forces. Also, the controversy has given Harper an opportunity to twist the issue, telling voters that the other leaders lack the fortitude to face down ISIS terror threats.

Dark Cloud #5: Senator Patrick Brazeau, another Harper appointee who’s currently under suspension, writes a rambling screed against his former political ally, calling him a “control freak” and suggesting that his campaign slogan should not be “Proven Leadership” but “Proven Dictatorship.”

Silver Lining: Although Brazeau’s candour is certainly refreshing, he’s clearly got an axe to grind. Moreover, he’s never been considered one of Canada’s great political minds.

Dark Cloud #6: Margaret Atwood writes a bizarrely unfunny piece attacking the Tories by accusing Harper of using taxpayer money for a stylist “so that none of his hairs will ever be out of place, supposing they are indeed his and not a wig, as some have supposed?”

Dark Cloud #7: Earl Cowan, an incensed Tory supporter, delivers an insane diatribe in front of the media, attacking political reporters for their biased media coverage of the Duffy trial. The resulting video immediately goes viral and is used by opposition operatives to portray Cowan as the typical Conservative voter: angry, white and inarticulate.

Silver Lining: Cowan’s invective is so absurd (he actually calls reporters “lying pieces of s—“) it provides a much needed injection of comedy relief into our always dour election coverage.