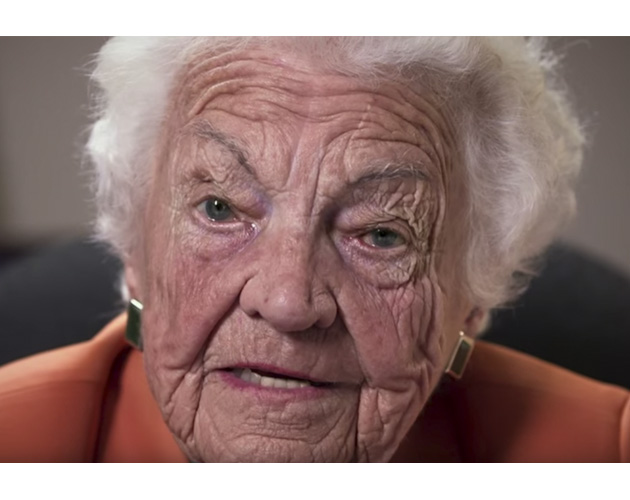 In a last-minute attempt to capture the senior’s vote, the Liberals have released an ad that draws on the star power of 94-year-old Hazel McCallion as well as the political muscle of CARP.

In the 30-second spot, McCallion, who served as Mayor of Mississauga Ontario until 2014, counters Conservative scare tactics, saying Stephen Harper isn’t telling the truth when he claims the Liberals will cancel the popular Tory measure of pension income splitting. The ad then cuts to a speech Trudeau gave at CARP national offices in September, in which he reiterated his promise not to touch senior income splitting. McCallion also mentions that the Liberals will restore the Old Age Security back to 65, rescinding a recent move by the Tories to push it up to 67.

The ad ends with a menacing close-up of Hurricane Hazel, who calls out the Prime Minister in that imperious, intimidating voice that echoed through Mississauga City Hall meetings for so many years: “Stephen, do I look scared to you?”

Responding to the ad, Harper shifted the focus to what he deems to be Trudeau’s irresponsible spending promises.

“Even Justin Trudeau’s many tax hikes can’t prevent him from running massive, permanent deficits. His reckless promises would increase government spending by $146.5 billion – and Canadian seniors and families would be stuck paying the bill.”