Duffy Innocent On All 31 Charges in Senate Scandal 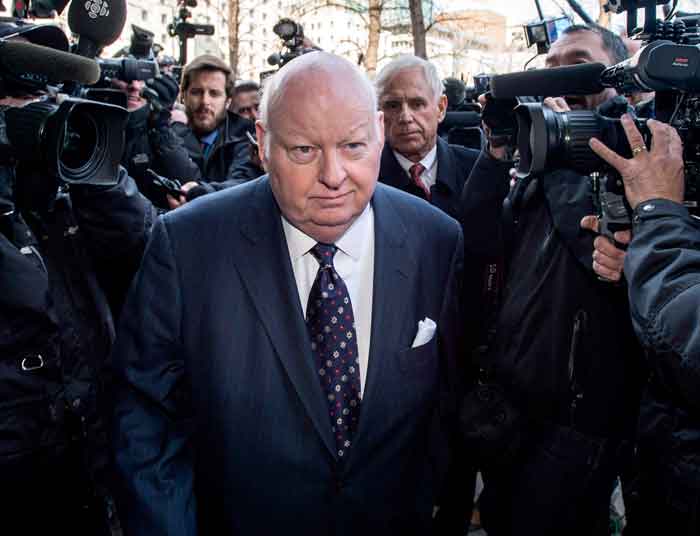 The three-year legal battle against Senator Mike Duffy finally ended in Ottawa on Thursday, with an Ontario Court judge declaring him innocent on all 31 charges he faced.

In a lengthy hearing, Ontario Court Justice Charles Vaillancourt read out a 308-page ruling that exonerated the embattled PEI 69-year-old Senator who is now free to return to the Senate.

Back in July 2014, the RCMP laid 31 chargers against the PEI Conservative Senator for fraud, breach of trust and his financial dealings with Nigel Wright, who allegedly cut Duffy a $90,000 cheque to cover his questionable travel expenses, money with the Crown contended Duffy had received for trips that had nothing to do with Senate work.

Vaillancourt ruled that Duffy’s expense claims were largely permitted under Senate Administration rules. Claiming that Duffy “had nothing to hide,” the judge ruled that because the Senator didn’t pad – or get rich off of – his expenses, there was likely no criminal intent.

The judge was highly critical of the Crown’s case against Duffy,  repeatedly citing them for the weakness of their case or for properly failing to cross examine witnesses. He also chastised Stephen Harper Prime Minister’s Office, accusing them of ordering the “senators around like pawns” calling it “covert, shocking and unacceptable” interference.

#duffy Judge suggests PMO should have been charged with bribery, not Duffy.

In retrospect, it seems that the media blew the case wildly out of proportion, perhaps motivated by the prospect of creating a juicy scandal for Stephen Harper’s Conservative government in its run-up to the last election.

Vaillancourt’s ruling on expenses means we can expect to see changes to the bewildering array of financial and property rules that Senators are required to follow.

As writer and journalist Michael Harris suggested, this case was less about: “Mike Duffy’s moral compass” and more about the “arcane rules of the Senate during the period of his alleged criminal liability.”