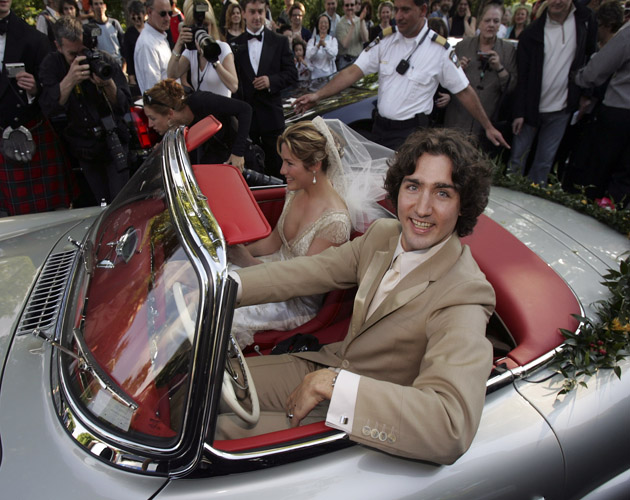 The world is enamoured and fascinated with their youthful good looks, fairy tale love story and, of course, his famous lineage. Here, some of their best style moments.

Canadian Prime Minister Justin Trudeau and his wife Sophie Gregoire Trudeau celebrated their 11th wedding anniversary this week in Japan where they were attending the G7 Summit. The actual date is May 28th but the Prime Minister took a day off during the summit this week to spend time with his wife to mark this special occasion instead of waiting until he arrived back in Ottawa.

Click through for some of their best style moments.

Going for some pomp with a delicate lace dress and hat in late November last year on the Mediterranean, Sophie Gregoire Trudeau arrives with her husband Prime Minister Justin Trudeau, at the opening ceremony of the Commonwealth Heads of Government Meeting in Malta.

The Trudeaus and President Barack Obama and first lady Michelle Obama wave from the Truman Balcony of the White House during a State visit to Washington in March 2016. Gregoire Trudeau wore a bright abstract floral dress by Canadian designer Lucian Matis. Before becoming Prime Minister of Canada, Justin Trudeau and his wife, Sophie, attend the premiere of the film, Midnight’s Children at the 2012 Toronto International Film Festival at Roy Thomson Hall.