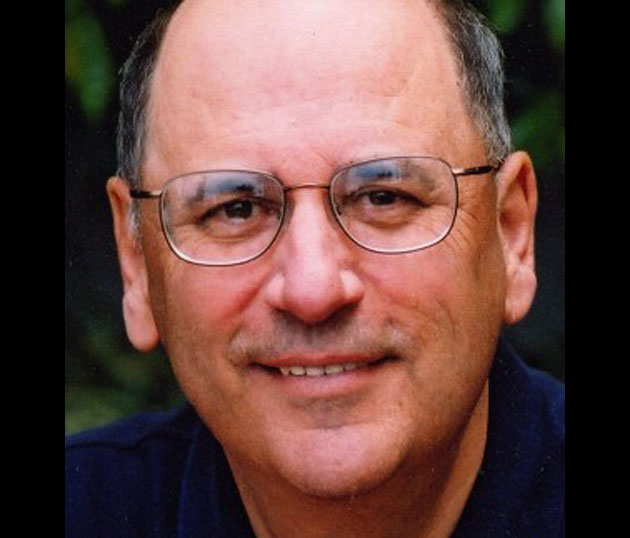 Frank Buckley has some very candid opinions on Donald Trump, the new aristocracy and the decline of the American dream. Here, before his presentation today at ideacity 2016, he explains why the US may look to Canada for solutions.

A 67-year-old Canadian/American writer, commentator and law professor at George Mason in Virginia, Buckley’s recent book The Way Back: Restoring the Promise of America discusses how our neighbour to the south can rediscover the traits that once made it great.

Buckley took some time out before his June 17 presentation at ideacity 2016 to chat about his new book with with Zoomer magazine senior editor Peter Muggeridge and to explain why he feels the U.S. might look to Canada (of all places!) for solutions its most pressing issues.

Peter Muggeridge: Why do you feel the American dream is dead or at least on its sickbed?

FH Buckley: Something that’s crept up on us that no one’s quite noticed is that Canada has become a much more mobile country. Everyone thought that America was the land of opportunity. It’s part of the very idea of America…that wherever you are, wherever you’re born you can reach for the stars. I call that Ragged Dick America [after the Horatio Alger novel where the poor bootblack rises to middle-class respectability]. While that was true in the past, it’s no longer the case. What has happened instead is that the top 10 per cent and the bottom 10 per cent have become very immobile. Where you are is roughly where your parents were. The situation’s quite different in Canada.

PM: What’s causing this immobility or stagnation of the middle and lower classes?

Buckley: When I looked at the source for this was I discovered that a new aristocracy was forming at the very top and an underclass beneath them. And I thought if you wanted to make things better, you should look at other countries like Canada. My conclusion was America needs a wake-up call.

PM: Who comprises this new aristocracy?

Buckley: The top two or three per cent composed of people who have great aversion to risk and have built their lives around avoiding risk. Who are they? Academics with tenure, lawyers, people who don’t have to worry about the economic downturn of the last few years. I call this the New Class–research suggests more than ever before that we’re talking about here is an entrenched hierarchy.

PM: But you feel they don’t live up to the old aristocracy’s standards?

The aristocrats of old owed everything to their birth. Perhaps being somewhat conscious of the absurdity of that, they nevertheless found themselves obliged to defending their country. There’s nothing like that with the New Class. In World War II, for example, the sons of the upper class poured into the military. Today, if your son is in the military, it’s an embarrassment. The old aristocrats had their medals and scars while the new ones have their blogs and books–I ask, are we not a little contemptible for all that? I recognize that, as a lawyer and academic, I’m one of them. But like FDR, I aspire to be a traitor to my class.

PM: Are today’s aristocrats so powerful and entrenched that the peasants cannot revolt? Or do they even want to revolt?

Buckley: They do and this explains the popularity of Donald Trump and Bernie Sanders. Both captured this extreme reaction to way things are. Trump, [took on] an entrenched Republican class that simply didn’t get it. Bernie Sanders, [stood up against] the corruption of Hillary Clinton. In answer to your question, I ended my book by describing [English poet] Percy Shelly hearing about the 1819 Peterloo Massacre [Infamous event where the English cavalry charged and killed a number of peaceful protestors in Manchester.] Shelly was furious with the aristocracy. He concluded a poem on the massacre (The Masque of Anarchy) by responding to the people: “Ye are many–they are few.”

PM: So it is possible to change the establishment?

Buckley: It’s tough slogging because the conversation is dominated by our elites. And it’s rather difficult to change one’s character. The aristocracy of America is so deeply entrenched in so many ways there’s so much that would have to be changed. For example the legal system–a regulatory state on steroids compared to Canada’s–and the immigration system, and the education system. Where do you even start?

PM: You see Canada as a possible source for the solution?

Buckley: I thought if you wanted to make things better, you should look at other countries, like Canada. Americans must stop thinking about Canada as Soviet Canuckistan – which is profoundly stupid in so many ways. I feel Canadian politics are, at  heart, conservative, with an overlay of liberalism. America is just the opposite. It’s ostensibly a very right-wing country but it has a radical past. It explains why Canada is able to do really quite decent things (taking in Syrian refugees as an example) without destroying, threatening or impairing the social structure. Canada’s conservative immigration policy allows the country to do decent things in respect to refugees. America has this absolutely crazy immigration system, which then goes nuts over Syrian refugees.

PM: Trump’s campaign slogan (Make America Great Again) and your book’s subtitle (Restoring the Promise of America) are very similar. Are you one of his campaign advisors?

Buckley: They are similar but I researched and wrote my book before Trump’s campaign. He did plug my book though. And I will support Trump [in the election].

PM: What part of his message appeals to you?

Buckley: A lot of things Trump likes are things that are sensible. For example, it’s quite possible he’ll go for single payer health insurance. God knows that would be an improvement over Obamacare, with all its little presents (for cronies) buried in the legislation. What people don’t realize is that the regulations for Obamacare are 20,000 pages long. The Canadian Healthcare Bill was 12 pages long–and it was bilingual!

PM: Even if he fails to win, do you think Trump’s effect on the Republican Party will be an anomaly or will it have lasting change on the party in the future?

Buckley: Anyone who tries to predict the future is a chump. Those who pretend to do it are like the charlatans in the Middle Ages who would read your palm. I think a new Republican party might emerge–one that will make its compromises with the best of liberalism. Republicans were originally opposed to a number of John F. Kennedy on a number of issues (civil rights, lower taxes, message of openness, etc.). Republicans must identify what’s good about liberalism rather than ignoring it.

PM: You wouldn’t be sad to see the end of the Republican machine?

Buckley: If we ended up destroying the Republican establishment–especially white-shoe Republicans who despise the middle class–no one would cheer louder than I would. My hero in all of this is Abraham Lincoln. Lincoln’s vision of America was to make it a classless society where everybody could get ahead. That’s Lincoln, not the Founders. The notion that there was a slave-owning class that existed in society is exactly what Lincoln hated.

PM: As a born and bred Canadian, do you feel you have a better perspective of what’s going on in the U.S.?

Buckley: If you only live in one country, you don’t necessarily understand it all that well. You’re like a fish that doesn’t notice it’s swimming in water. In some respects, yes, Canadians do have a better understanding of America than we do Canada.