Toronto Exclusive: Enter For A Chance To Win Tickets To VIP Screening Of ‘Going In Style’ 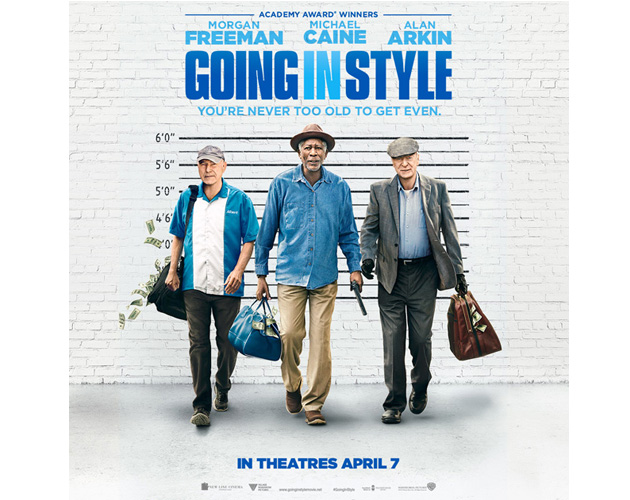 Want to join Zoomer at an exclusive screening of Going In Style in Toronto? Enter for your chance to win a pair of tickets!

Morgan Freeman, Michael Caine and Alan Arkin team up as lifelong buddies Willie, Joe and Al, who decide to buck retirement and step off the straight-and-narrow for the first time in their lives when their pension fund becomes a corporate casualty. Desperate to pay the bills and come through for their loved ones, the three risk it all by embarking on a daring bid to knock off the very bank that absconded with their money.

When: Wednesday, March 29 at 7 p.m.
Where: Yonge-Eglinton Cineplex VIP Theatre in Toronto
Tickets: Each pass awarded is valid for two (2) guests

Seating is first-come, first-serve. Exceptions may be members of the reviewing press. Being awarded this ticket/s or prize does not guarantee you a seat. Theatre is overbooked to ensure a full house. Theatre is not responsible for overbooking. No admittance once the screening has begun. An early arrival is suggested.

The pass is the sole property of Warner Bros., which reserves the right to admit or refuse access to the theatre at the discretion of an authorized studio and/or theatre representative.