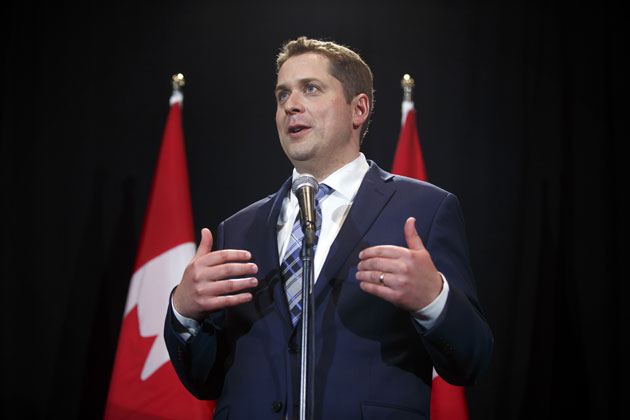 In a result that surprised party members and completely caught the media off guard, the Conservative Party elected Andrew Scheer as its new leader this past weekend.

Scheer, 38, won by a slim margin on the final ballot over Maxime Bernier, whom the media had basically crowned as the eventual winner. However, it turned out that Scheer’s authentic feel and his policies on balanced budgets, tax breaks for families, scrapping carbon pricing, reminded voters of former leader Stephen Harper—and were still popular among the majority of party members.

While Bernier’s libertarian vision seemed to resonate as something new and fresh, it did not inspire confidence among grass-root party supporters, many of whom shifted support to Scheer as the campaign wound down.

Scheer, who as the distinction of being the youngest ever Speaker of the House, has already been written off by critics as: “Stephen Harper with a Smile” or “Stephen Harper 2.0”. While he does give off a cheerful, self-deprecating vibe, he’s fluently bilingual, a smart strategist and is seen as a unifier, one who can bring together two big factions within his party: social versus economic Conservatives.

RELATED: Why History Will Certainly Be More Kind to Stephen Harper

The big question for party faithful is how Scheer will stack up against Prime Minister Justin Trudeau’s Liberals, who will surely paint the new Tory leader as a scary social conservative. While Scheer does have a voting record that can’t exactly be described as progressive, like his former boss, he has pledged not to on same-sex marriage or abortion.

It’s unlikely he’ll rise to power using his looks or charisma. Instead, most observers feel he’ll take follow the route Harper took. As the National Post‘s John Ivison writes, Scheer’s job its to present a: “serious, credible alternative to the Liberals and then wait patiently until voters decide to hurl them by the lapels from office.”