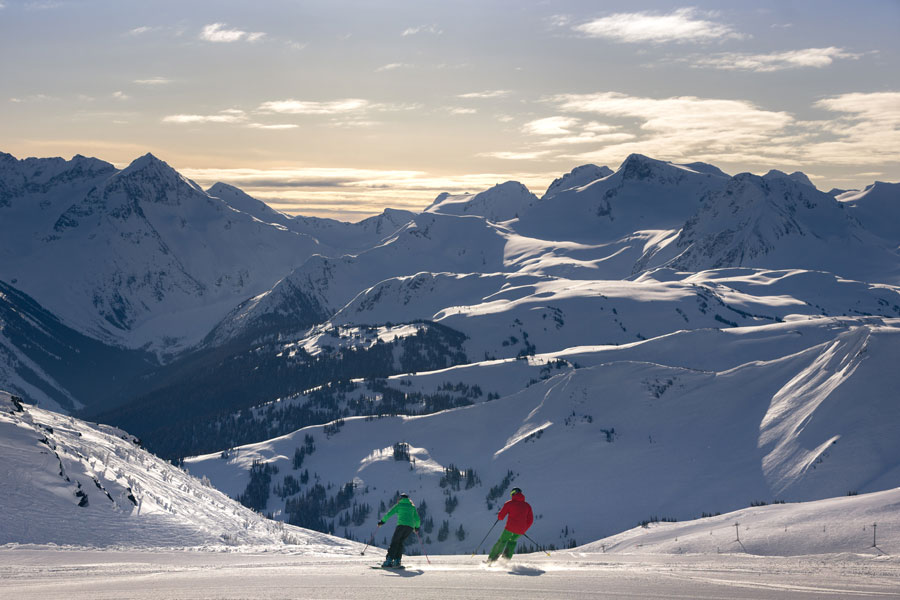 Enter for a chance to win two (2) lift tickets and access Whistler Blackcomb’s more than 200 marked runs, slopes and glaciers.

When Nancy Wilhelm-Morden moved from Kitchener, Ont., to Whistler, B.C., in 1973 there were no grocery stores or laundromats and a trailer housed the only bank for the town of 600. A lawyer and the Whistler resort municipality’s mayor since 2011, she says now its population can swell from 12,000 residents to as many as 60,000 with visitors. And although it’s among the world’s top ski destinations, December also draws a cinephile crowd, with the Whistler Film Festival, while the arty crowd can get their fix year round at the Audain Art Museum, which houses the largest permanent collection of Pacific Northwest Indigenous masks as well as the second most valuable group of Emily Carr paintings in the world.

Travellers aren’t the only ones taking notice. Last year, U.S.-based Vail Resorts added Whistler Blackcomb to its EPIC program; purchasing the season lift pass also allows skiing any of the company’s 14 properties across the U.S. and Australia as well as limited access to more than 30 European resorts. The side-by-side Whistler and Blackcomb mountains feature more than 200 runs over 8,000-plus acres and one of the longest ski seasons – advanced skiers and snowboarders ride area glaciers through to midsummer. It’s “the jewel in the crown,” says Wilhelm-Morden.