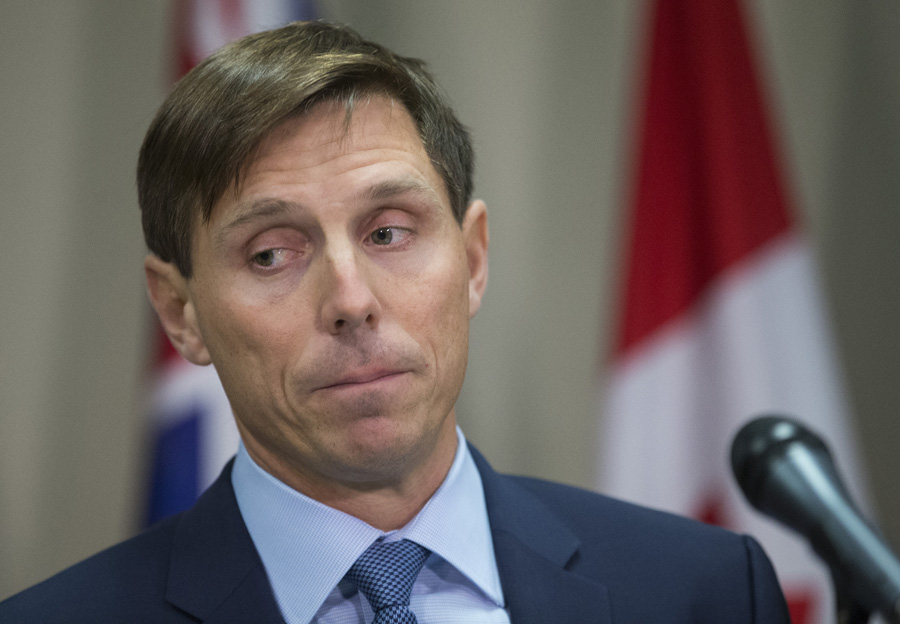 Allegations of sexual misconduct have claimed another high-profile victim – this time Patrick Brown, the leader of Ontario’s Progressive Conservative Party.

Last night, a grim-faced leader of the Opposition announced in a statement that he would resign his position immediately “while I definitively clear my name from these false allegations.”

The allegations, none of which have been proven in court, stem from a CTV News report of several women who claim that they were victims of inappropriate behaviour.

According to the report, the first incident allegedly took place 10 years ago with a woman who was still in high school at the time. The second allegation happened in 2012 at a party in Brown’s house in Barrie, Ont,, with a university student who worked in his office.

Neither of the women filed complaints at the time the incidents occurred and one later returned to work with Brown. “The reason I kept working there was, I wanted to in some way and try and, despite the fact that this happened, I didn’t want to let this impede on what I saw then as a career opportunity,” she told CTV.

In his press conference, the 39-year-old former leader fought back tears as he announced his decision to resign: “First I want to say these allegations are false. Categorically untrue. Every one of them. I will defend myself as hard as I can, with all means at my disposal. It’s never okay. It’s never okay for anybody — for anyone — to feel they have been a victim of sexual harassment, or feel threatened in any way. Let me make this clear: a safe and respectful society is what we expect and deserve.”

Brown initially wanted to continue as leader while he fought the allegations but his hand was forced after a revolt in his party. A group of MPPs announced in a hastily written statement that: “Mr. Brown is entitled to a legal defence and due process, but he cannot lead us into an election as a result of these allegations. The Ontario PC Caucus unequivocally upholds the principle that a safe and respectful society is what we expect and deserve.”

The scandal breaks at a time when the PCs were preparing to fight an election with Premier Kathleen Wynn this June. The party will have to scramble to elect a new leader, giving that person very short time to mount an effective campaign.