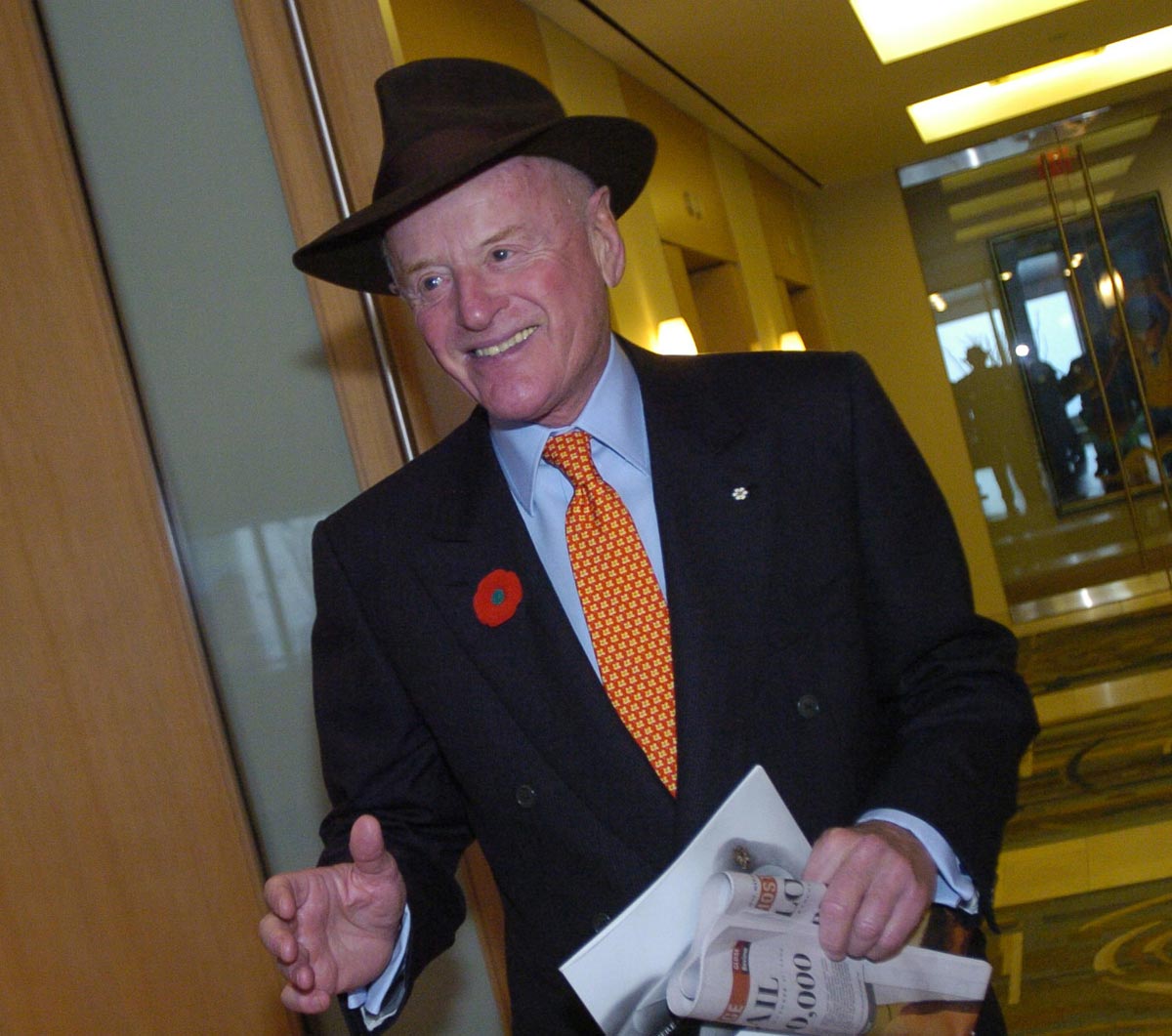 Peter Munk, who founded of one of the world’s biggest gold-mining companies and became Canada’s most generous philanthropist, passed away peacefully at the age of 90.

Munk was born and raised in Hungary and managed to escape the country with his family at the age of 14, just ahead of the Nazi invasion in 1944. He eventually ended up in Canada, where he studied engineering at the University of Toronto, despite the fact he didn’t speak English.

From these turbulent beginnings, the penniless Munk parlayed hard work, charm, business sense and an uncanny knack of reading the resource markets to become one of Canada’s wealthiest entrepreneurs.

“For those of us who knew him, Peter shall always remain unforgettable because of his brilliance, charm, loyalty and unending acts of personal kindness,” said long-time friend, former Prime Minister Brian Mulroney. Prime Minister Justin Trudeau joined his predecessor in praise for Munk, tweeting: “Thank you, Peter Munk, for your enormous contributions to our country. You will be missed.”

Munk grew to love his adopted country, saying: “I just fell in love with it. This is a country that does not ask about your origins, it only concerns itself with your destiny.”

This destiny was to be gold. But first, it was music.

Munk and partner David Gilmour founded Clairtone, a manufacturer of high-end stereo speakers and electronics. When he sold the struggling company in 1967, he turned his attention to real estate, forming TrizecHahn Corporation, a massive real estate investment trust company, which developed properties all over the world.

In 1980, Munk founded Barrick Petroleum, which pivoted from an oil investment company to a mining business. The switch proved rewarding as, under Munk’s stewardship, the newly named Barrick Gold grew into the world’s largest gold-mining company and wealthiest Canadian company.

What set Barrick apart form other resource companies was its enduring ability to make money in a notoriously volatile gold sector, a trait that he explained in a Globe and Mail article. “Anyone can make money when commodity prices are high. It’s the low prices that separate the boys from the men.”

After he made his fortune in gold, he turned his attention to American-style philanthropy, always aware of the responsibility that comes with great wealth. “You can create wealth,” he said. “You are entitled to the joy of this creation. But ultimately society makes it possible, and this wealth should flow back to society.”

And, true to his word, the money flowed. Since its inception, the Peter and Melanie Munk Charitable Foundation has given more than $300 million to educational and health facilities in Canada, including massive gifts to the University of Toronto and Toronto General Hospital, which includes the Peter Munk Cardiac Centre .

He also founded the Munk Debates, a popular forum that brings leading politicians, experts and personalities to Canada to debate issues of global importance including the late Christopher Hitchens and former British Prime Minister Tony Blair.

Munk is survived by Melanie, his wife of 45 years; by his children, Anthony, Nina, Marc-David, Natalie and Cheyne; and by his 14 grandchildren.

In 2011, Zoomer magazine recognized Munk in its annual list of Top 45 Canadians Over 45. Here’s the excerpt.

If you’re going to hold a debate on China, bringing Henry Kissinger – the iconic diplomat with a historic role in China’s relationship to the West – to deliberate on its potential on the world stage is nothing short of a coup. Ditto for inviting award-winning self-proclaimed atheist Christopher Hitchens to present on religion against Tony Blair. Welcome to the Munk Debates, held in Toronto, which has become one of the hottest tickets in town. The biannual debates are an initiative of the Aurea Foundation, founded by Peter and Melanie Munk to support Canadian institutions involved in the study and development of public policy. “I consider myself lucky. I’ve made some money and I wish to give it back.”