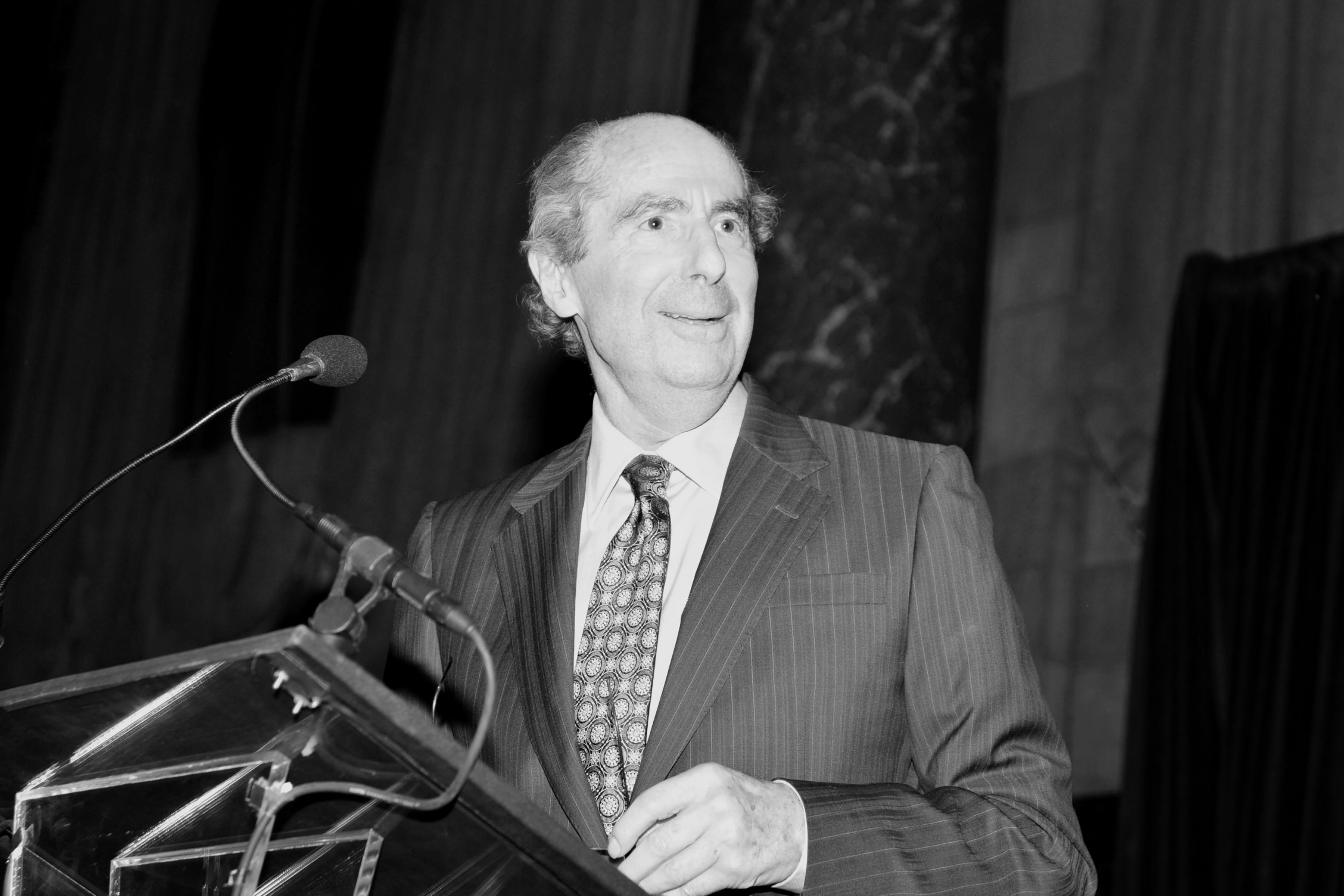 In the wake of Philip Roth’s death, we take a look back at the literary legacy he left behind.

When novelist Philip Roth died on Tuesday, at the age of 85, the world lost “the last of the great white males” writers.

Considered one of the foremost chroniclers of the 20th century, much of Roth’s work dissected the Jewish experience in America, with plenty of black humour and even more sex. When he announced his retirement in 2012 — a Post-it note on his computer read, “The struggle with writing is done,” — the prolific writer’s work comprised more than 30 books, plus numerous essays, reviews and short stories. We’ve narrowed it down to a little more manageable list of 16 essential titles. Where does one start? At the beginning, of course. Roth was in his early 20s when his debut book Goodbye, Columbus (a collection of five short stories and the titular novella) took the United States by storm, winning the National Book Award in 1960. Roth’s focus was an examination of contemporary, middle class Jewish American life (what he referred to as “tribal secrets”), an approach which drew criticism for what some felt were harsh depictions.

Almost a decade later, in 1969, Roth’s fourth book Portnoy’s Complaint doubled down on the controversy, and made Roth an international celebrity. The book-length monologue of Alexander Portnoy to his analyst is an often hilarious coming-of-age story, an over-the-top portrait of sexuality and Jewish identity; ridiculous, obscene and delightful by turns. No reader would ever look at a piece of raw liver the same way again. With The Ghost Writer, published in 1979, Roth created his most compelling and confounding fictional alter ego. When we first meet fledgling writer Nathan Zuckerman, he is the guest of a celebrated author, who is also hosting a woman Zuckerman believes to be Anne Frank, living in anonymity in the US, having escaped her historic fate in the Holocaust.

Zuckerman Unbound, which followed in 1981, picks up the writer’s story several years later, in the wake of his publication of Carnovsky, a borderline-obscene coming-of-age novel that vaults him to international acclaim (sound familiar?).

The Anatomy Lesson (1983) follows Zuckerman into middle age. Suffering from mysterious symptoms that prevent him from writing, Zuckerman isolates himself and spends his time examining his past successes and failures. Operation Shylock (1993) features Roth’s other great fictional doppelganger, Philip Roth. Part spy story, part thriller, part examination of the nature of identity, Operation Shylock has the (fictional) author confronting his double, an advocate of Diasporism, a movement to return Israeli Jews to their former European homelands. A mind-bender of a book, Operation Shylock wasn’t especially well-received on publication, but is now considered one of Roth’s most significant works.

Another divisive novel, Sabbath’s Theater (1995) was awarded the National Book Award and shortlisted for the Pulitzer. At age 64, Mickey Sabbath — a former puppeteer, a crazed manipulator, something of a deviant — is forced to confront the death of his longtime mistress and the wreckage of his own life (a wreckage for which he is mostly responsible), faced with the prompting of the ghost of his mother, who urges suicide. Some prominent literary critics, such as Harold Bloom and James Wood, thought it a masterpiece; others, including Michiko Kakutani strongly disagreed. Decide for yourself. Roth’s second trilogy to focus on Nathan Zuckerman, the American Trilogy is a chronicle of Jewish-American lives within the social upheaval of the decades following World War Two. It’s not new material for Roth, but his treatment of the social themes feels more overt here, more deliberate. American Pastoral (1997) is the story of Seymour “Swede” Levov, as narrated (and reconstructed) by Zuckerman. “Swede” comes of age as a celebrated athlete, and becomes a highly successful businessman, before his life, and his family, is shattered by the social upheaval of the 1960s, in particular the responses to the Vietnam War. The novel was awarded the Pulitzer Prize.

Taking a similar tack, 1998’s I Married a Communist follows the rise and fall of communist radio star Ira Ringold, who Zuckerman knew in his youth, against the paranoia and blacklists of the late 1940s.

The final novel in the trilogy, The Human Stain ( 2000), follows Zuckerman’s neighbour, Coleman Silk, a former classics professor who was forced to resign following charges of racism. Silk’s secret, as Zuckerman gradually discovers, is far deeper. Set against the backdrop of the Lewinsky scandal and the Clinton impeachment, The Human Stain is a perfect blend of the personal and the political.

Lindbergh’s anti-semitism — and his easy accord with Hitler — strike fear into the heart of American Jews, including young Roth and his family. It might be an alternate history, but The Plot Against America rings disturbingly true these days.

The four books of Roth’s Nemeses quartet — Everyman, Indignation, The Humbling, and Nemesis (published from 2006 to 2010) — are short, but lack nothing in ambition. Each examines mortality and finality, as one might expect for a writer then in his seventies.

That sense of an ending was clearly something deeply felt for Roth himself: following the publication of Nemesis, Roth announced he was putting down his pen, drawing to a close one of the great careers in American letters. Taken together, the novels of the Nemeses quartet are a perfect capstone.