The Warriors Are NBA Champions Again But Isn’t It Getting Boring? 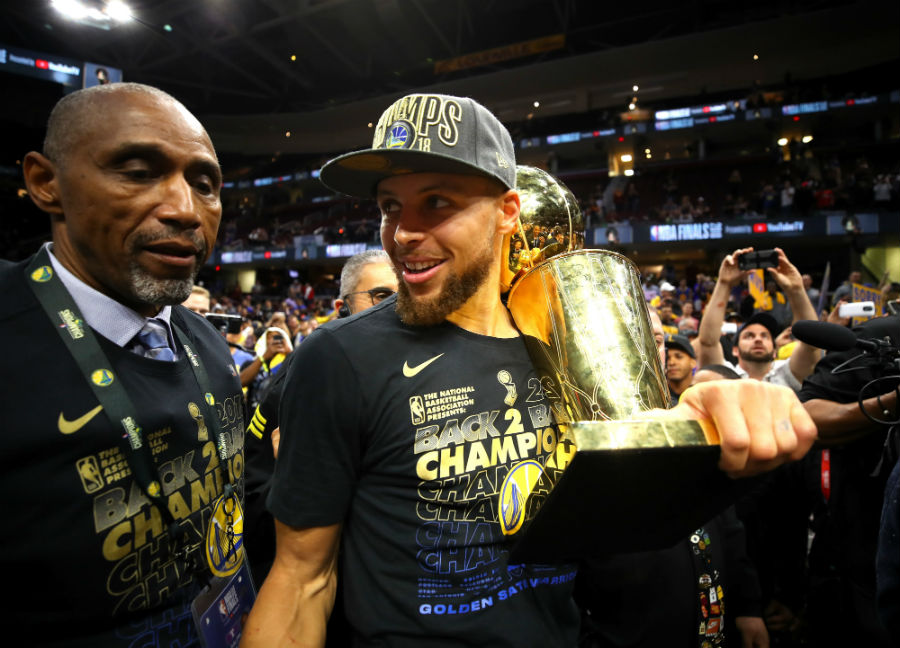 ﻿To no one’s surprise the Golden State Warriors are champions again.

As the NBA finals wrapped up on Friday night, most of us couldn’t help but feel like we were watching a replay rather than a rematch of last year’s finals series.

Once again the Golden State Warriors, the superest of superteams cruised to a four-game sweep of LeBron James’ and the Cleveland Cavaliers for the second straight season, winning back to back championships for the first time in franchise history.

The two teams have faced one another in four straight NBA finals. But it’s more than predictability that made this year’s finals disappointing.

It’s also the lingering memory of the all too brief rivalry that existed between these teams in those first two finals meetings. You know, the kind of rivalry where both teams have a chance of winning.

Their first finals matchup saw LeBron James will his team to two victories despite having his Allstar running mates Kevin Love and Kyrie Erving sidelined with injuries, before losing to the Warriors’ high octane offence in six games of the best of seven series.

The following year, with his team at full strength, LeBron James’ heroics were on full display as the Cavaliers overcame a 3-1 deficit to win their first NBA championship.

Then, with everyone anticipating a heated tiebreaker the following year, the Warriors went out and ruined it, signing superstar free agent Kevin Durant after they had set the NBA record for wins in a season that same year.

In defence of the move, superteam sympathizers will tell you that Golden State wasn’t the first to become a superteam with the help of free agency.

Ironically, LeBron is one of the founding fathers of the superteam era. In 2010 he colluded with Chris Bosh and joined Dwayne Wade and the Miami Heat, a dominant big three that brought the franchise two straight titles.

While they were a great team, they weren’t as potent as this year’s champions.

Even the Warriors themselves have become disinterested with their utter domination of the league. Midway through the season, Steve Kerr stepped aside for a game and let his star players draw up plays during timeouts, explaining later it was an attempt to engage his players.

The only time they seemed to falter this post-season was when they lost focus, which they easily corrected with monster fourth quarters that seemed effortless.

At least some of the NBA audience shares in the Warriors boredom.

Unfortunately, the only way to challenge a superteam like the Golden State Warriors is to create another.

So despite themselves, those who despise the superteam era will be looking to LeBron James’ free agency this offseason, hoping that like Durant, he takes his talents to a team that doesn’t need them.