Last Night I Almost Went For Coffee on the Danforth, Five Minutes from Where I Live 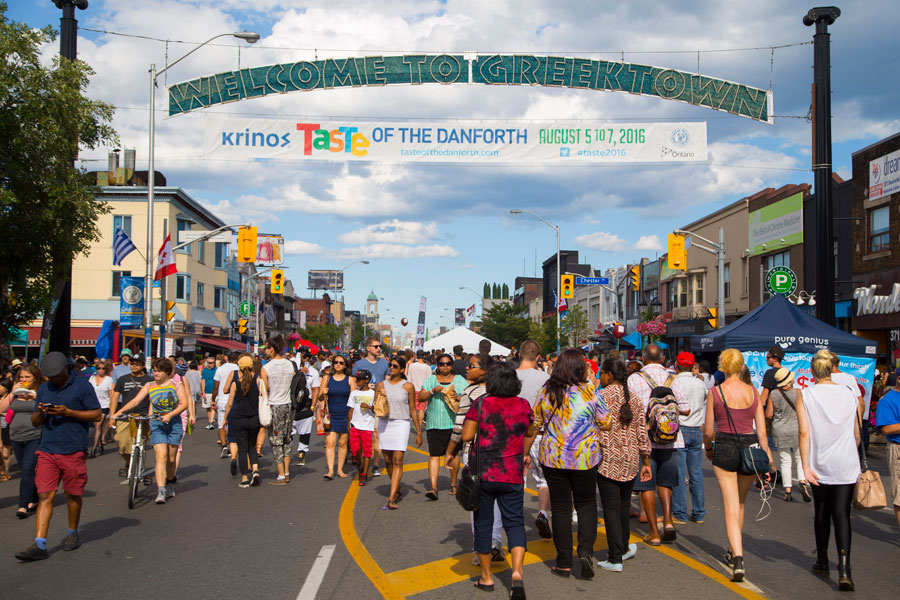 Late last night, my daughter called me, in tears. “Are you ok, mum?” I was a bit stunned, not knowing really why she had called. Sounds of sirens had filled the air outside my windows just a few minutes earlier and, at first, I didn’t think much of it. But then more and, then, more. I looked at my own mum, who I’d asked earlier if she had wanted to go for a coffee on The Danforth. We almost did, but in the end she was a bit tired, so we just relaxed. And then, the call, and the sirens.

But in less than what all that really amounts to, someone changed dramatically, and tragically, 13 lives – and a city. And that’s just it. It’s not just where it happened, it’s that it happened here, in Toronto, to all of us. My feet walk these sidewalks every day; the fruit and vegetable shop that my 88-year-old father frequents is right there; the Gyro takeout is right there; the ice cream shop that’s jammed every night in the summer is right there. The fountain, where just two weeks ago, my little nephews were splashing about and laughing, along with other children, perfect strangers all together having friendly fun, is right there.

This morning, helicopters coat the sky above The Danforth and Greektown, the thwack of the rotors drowning out the regular daily soundtrack. It’s unnerving, not quite as unnerving as having your child calling you in tears with worry, but unnerving nevertheless. Like almost every neighbourhood in Toronto, it’s filled with happy families and seniors and children and dogs. It’s a place where we still don’t feel we have to lock our doors.

Heartbroken is the least of it. Staying strong is the go-to answer, but I think it’s okay to have a moment of weakness. To shed a tear, to be shaken, to feel a deep sympathy for those who suffered the worst of this horrible blow.

But it’s the city that suffers, too. I was born here, raised to love, to accept, to include. To be compassionate and generous and kind. But does this make me angry, this act of senseless violence? Well, yes, it does. But the anger can’t give way to fear. These streets are mine; this neighbourhood is mine, this city is mine. And it’s ours. A model city with, for the most part, model citizens. Yet, this is not just a city; Toronto is seen as a safe and civilized place for people all over the world. And we’re not alone. Already I’ve had notes of shock and concern from friends and family from Singapore, from Taiwan, from the United States, from London, from Bali, from Greece – and from other neighbourhoods right here in Toronto and beyond. We are a world city now. For better or for worse.