Ahead of the Canadian Open Lee Trevino Talks Golf Glory 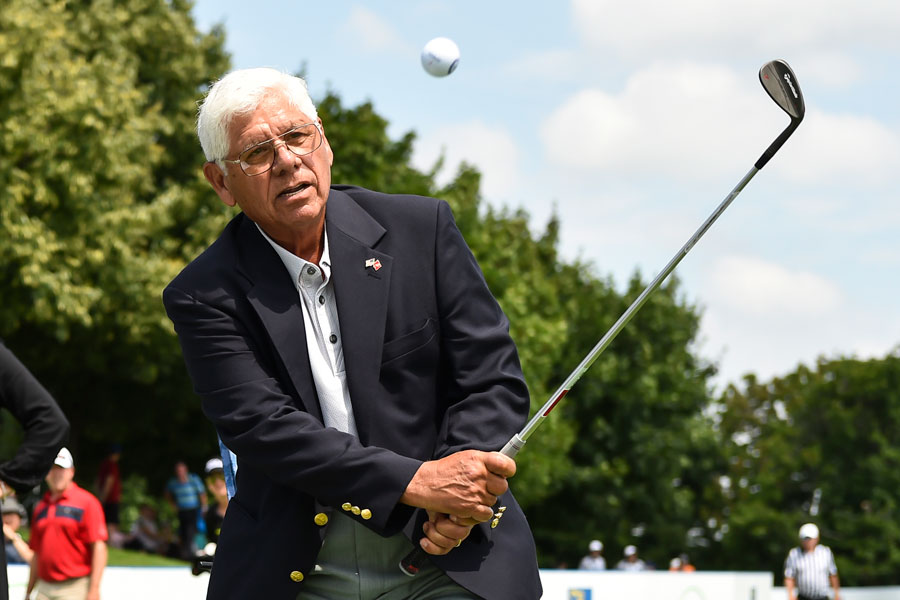 Golf legend Lee Trevino, 78, was on hand as a special guest at an RBC Hall of Fame event at Glen Abbey Golf Club in Oakville, Ont. ahead of the Canadian Open to share his fond memories of the tournament, which he has won three times in his career.

In a lengthy speech, the golfer, who originally hails from Mexico, spoke of his fondness for Canada and reminisced about the first time he played in a Canadian open at Glen Abbey. Living in Texas at the time, he said he was worried he wouldn’t make it on time. “I left a week early to make sure I was here,” he told the crowd.

He also managed to get in a few gripes about the changes to the game that, in his eyes, have made it less challenging for today’s golfers, including the manicured lawns that were only mowed once a week in his day.

But his special appearance wasn’t all about looking back on his prime years which saw him win 29 times on PGA tour. He also managed to sneak in an impromptu wedge lesson, proving to those on hand that he hadn’t let his golf game slide.

Also on his and everyone else’s mind was the impending closing of Glen Abbey — the site of several Canadian Opens — to make way for housing, which residents and politicians have hotly contested.

“I’m never in favour of developing any golf course, regardless of what it is or who it affects. You have to understand, the gentleman that owns this, you gotta have a little bit of thought about what he’s thinking,” he explained to the crowd. “I don’t know of any golf course that I have ever seen, with the exception of Shinnecock [Hills GC in New York] maybe, or Pebble Beach maybe, that are on a piece of property that’s worth $2 million an acre.”

As for the future of the Canadian Open itself, a tournament that has struggled to attract star talent in the past, Trevino thinks it carries the same prestige it always has.

“Any time you can win a country’s open, it’s a feather in your hat,” he said. “I don’t care where it’s at, if it’s the open of that country, that means every player in that country tried to qualify to get into that tournament, so the competition’s stiff.”