Life on Mars? Scientists Say A Large Body of Water May Exist on the Red Planet 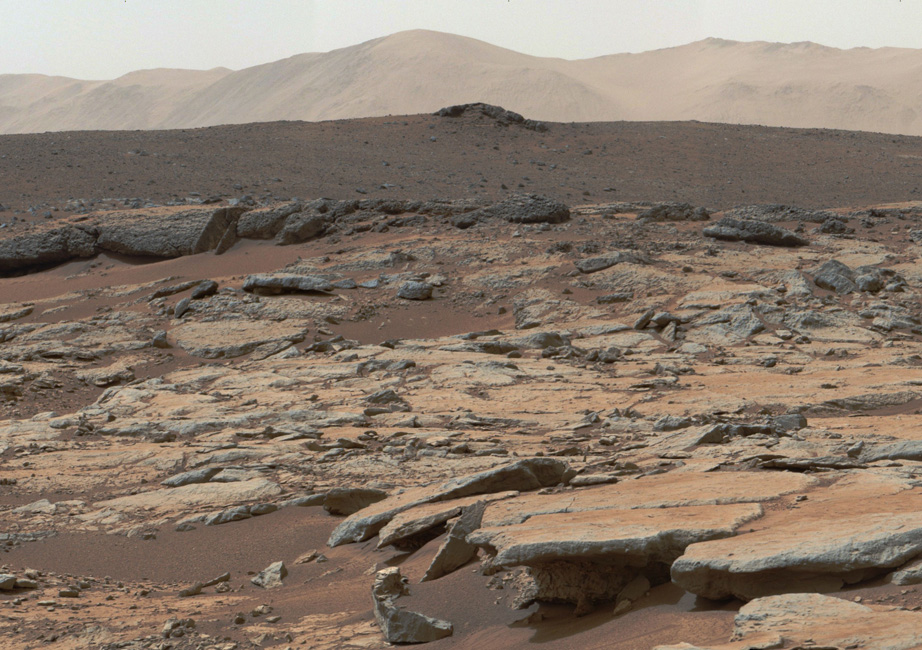 A brilliant man once poignantly declared that, “Life, uh, finds a way.” That man was, of course, Dr. Ian Malcolm, the mathematician and chaos theory expert played by Jeff Goldblum in the Jurassic Park films.

When it comes to the concept of life on Mars, don’t let the fact that Dr. Malcolm is a mathematician, and fictional, distract from the issue. He was right about the dinosaurs in Jurassic Park and he might very well be right about Mars. In fact, after the announcement yesterday by Italian scientists working on the Mars Express that a large body of water is believed to have been found on the Red Planet, real-life ecology professor John Priscu, who’s studied the biology of organisms living beneath the surface of the Earth in Antarctica, told the New York Times that, “I’ve been studying life in ice for 35 years. We’ve been finding life in places it shouldn’t be according to our current thinking of life. But that’s changing.” How Malcolm-esque of him to say so.

Of course, the discovery of a possible body of water on Mars described as “a 12-mile-wide underground liquid pool” has most people talking about alien life forms. What sort of life forms? Well, we don’t know yet. It could be anything from microscopic organisms to giant, sea-dwelling Martian creatures. The latter makes for a far better story but the former is what scientists have found in similar underground pools on Earth. The New York Times article also notes that, “The ice on Mars would also shield the Martian lake from the damaging radiation that bombards the planet’s surface.” So if — and it’s a big if — we’re talking about Martian sea creatures, at least we know they aren’t radioactive.

The Mars pool was discovered by a mechanism called the Mars Advanced Radar for Subsurface and Ionosphere Sounding — or MARSIS. Enrico Flamini, who co-authored the study, which appeared in the journal Science, told Reuters that, “This took us long years of data analysis and struggles to find a good method to be sure that what we were observing was unambiguously liquid water.” And Roberto Orosei, who spearheaded the study, added that, “This kind of environment is not exactly your ideal vacation, or a place where fish would swim. But there are terrestrial organisms that can survive and thrive, in fact, in similar environments.”

Of course, some scientists question the conclusiveness of the radar findings, while others are careful to note that even if the water is there, we still have no proof of life. For that, scientists would have to drill into the surface of Mars to gather samples of the water for us to know for sure.

So what, then, does a possible lake and life on Mars mean for us? Well, for one, it means that any human who ever colonizes Mars better have a darn good well installed, or indoor plumbing is out of the question. And it also means that there could, at this moment, be life beneath the surface of the Red Planet that we know nothing about. Does that mean, then, that the next major space conquest won’t just be reaching Mars, but digging down into it to reveal whatever lives below the surface?

Perhaps, but that brings to mind another Dr. Malcolm quote: “Your scientists were so preoccupied with whether they could, they didn’t stop to think if they should.”

If we start digging on Mars and release some sort of dormant sea monster, don’t say Dr. Malcolm didn’t warn us.