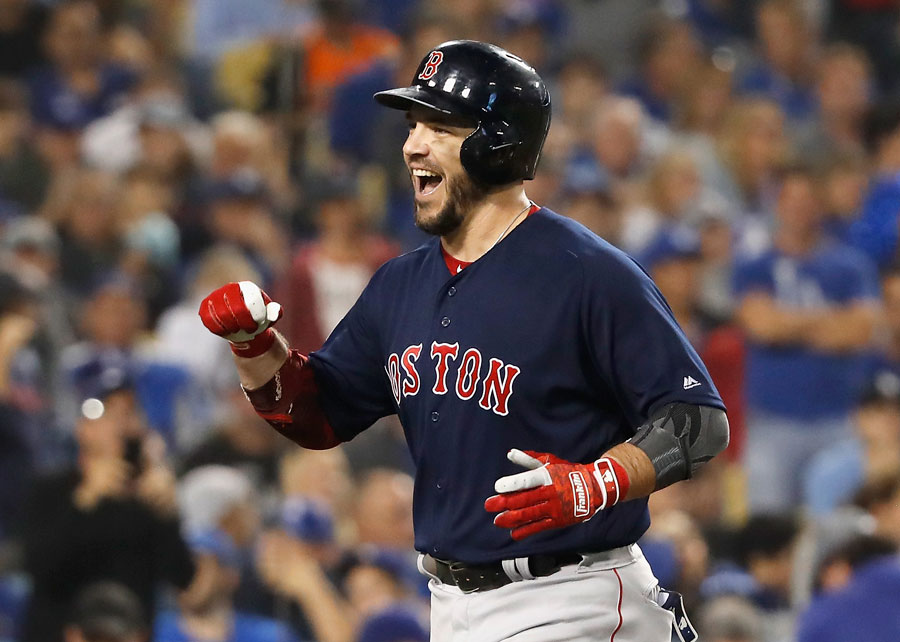 The Boston Red Sox clinched the World Series on Sunday night with a convincing 5-1 victory over the Los Angeles Dodgers.

The Red Sox won with key contributions from two former Toronto Blue Jays – Steve Pearce and David Price – who both played a huge role in deciding the eventual outcome. The Jays posted congratulations to both on their Twitter page. Outfielder Steve Pearce, who, as a part-time player for the Jays, could never find a role with the Jays and was eventually traded in July to Boston, homered in the victory and was named World Series MVP.

“You never know where the game will take you. And I’ve gone through a lot in my life or in my career to be here, and I couldn’t be more thankful,” Pearce said after accepting MVP honours.

Pearce must be especially thankful to be out of Toronto and playing for a champion, an opportunity that wasn’t coming around anytime soon for the Jays.

And the other former Blue Jay, pitcher David Price, who left Toronto in 2015 to sign a massive contract (seven years, $215 million) with the Red Sox, overcame his playoff demons to pitch brilliantly throughout the post season, earning the victory in the decisive Game 5.

In a series that had only one dramatic moment (the epic 18-inning Game 3 marathon on Friday), baseball’s best team throughout the season cruised through the playoffs.

Boston led the majors with 108 wins this year using a combination of home run power and solid pitching. They cruised past New York and Houston could not be stopped in the Series, especially by the Dodgers, whose anemic bats were silent for most of the series.

It’s the fourth time in the last 15 years that Beantown fans are celebrating a World Series win, a streak of dominance that has everyone comparing to the Yankee dynasty in the 1990s.