World No Smoking Day: Remember When People Lit Up at Their Desk? We Do 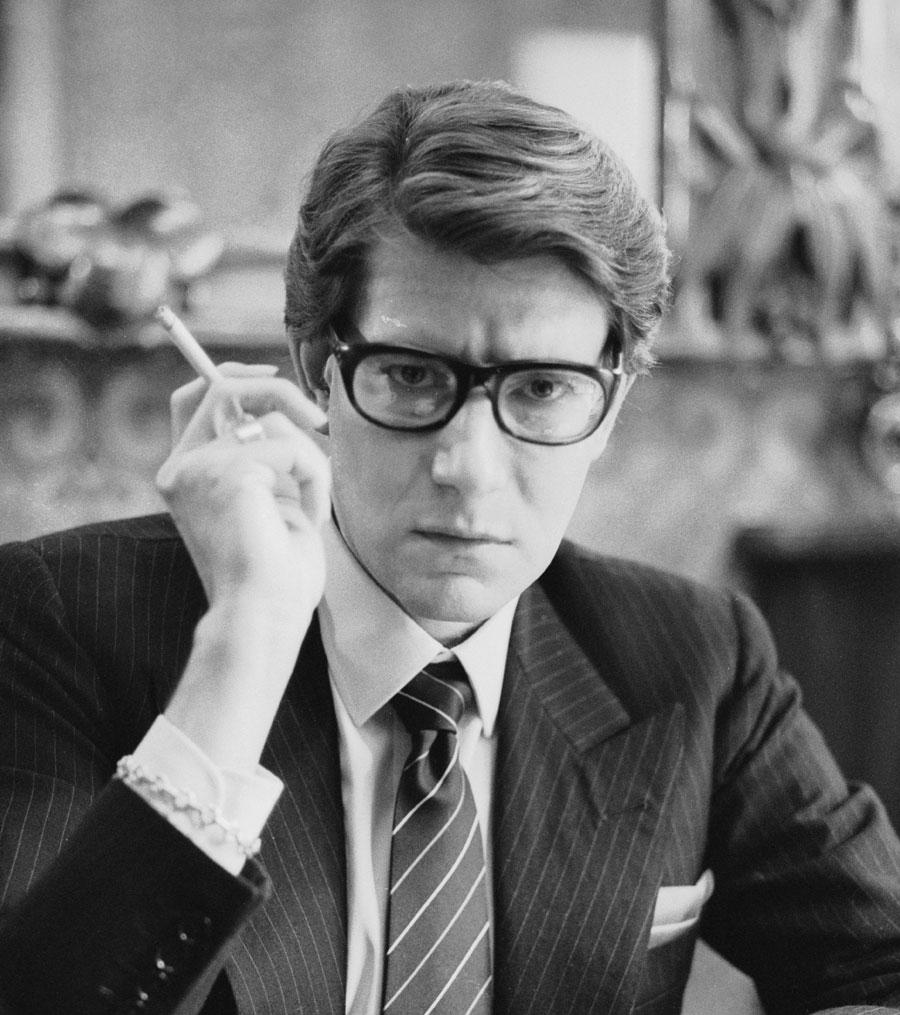 One of those participatory memes that pop up regularly on social media asks us to “name something we used to do that young people today would not believe.”

Whatever else you come up with, it’s hard to beat, “people used to smoke at their office desks.” (Note chic designer Yves Saint Laurent, pictured above, doing just that at his Paris atelier in the ’80s — perhaps it’s no coincidence that one of his famous contributions to fashion was “Le Smoking,” the female tuxedo.)

I say this on the advent of World No Smoking Day, the second Wednesday in March, a global offshoot of an event that began in the U.K. in 1984 on Ash Wednesday (get it?), and not to be confused with the World Health Organization’s World No Tobacco Day on May 31. It’s a message worth sending out twice if there ever was one.

But the older, circa 1984 event resonates more with me, because it takes us back to a time 35 years ago when smoking was still everywhere — despite a generation of acknowledgement that it would likely kill you prematurely and horribly. In the ‘60s and ‘70s, famous soon-to-be-dead lung cancer victims like Yul Brynner and William Talman (he played the lawyer Hamilton Berger, who lost every week on Perry Mason) recorded commercials telling people to stop smoking or end up like them.

That No Smoking Day started in the U.K. is particularly appropriate, since the country’s pub culture meant cigs were even bigger business there (they also drink more). I happened to be in London in 2007 during the last week that smoking in pubs was allowed, and at my favourite hang — Ye Olde Cheshire Cheese on Fleet Street — the place was packed with regulars puffing away furiously in advance of the day they’d be forced to step outside. One chap I talked to said he’d actually quit smoking two years earlier, but started again just so he could take part in this ceremonial Last Puff Week.

Meanwhile, back in the ’80s, tobacco company logos were slapped on everything. I have a vivid memory of the media launch of the DuMaurier Jazz Festival in Toronto, wherein the sponsor piled packs of cigarettes on every table. The price of a pack had hit around $7, so journalists and guests were seen filling their pockets before leaving the press conference.

In that context, 35 years of public opprobrium and restrictive laws seem to have done an amazing job of diminishing a scourge that was once widely embraced and even encouraged in pop culture (cigarettes were considered a valid approach to weight loss. They were glamourous and manly at the same time. They were endorsed by cute cartoon camels).

Since then, the percentage of smokers in North America has been cut in half, though it’s worth noting that tobacco related ailments remain the leading cause of preventable death. And e-cigarettes, which are considered a means of quitting in one context, are being embraced by young people, giving tobacco companies an opportunity to market to a whole new generation.

Still, where we are is better than where we were as regards a widely-marketed carcinogen. The road was often bumpy. First there were “smoking rooms” in workplaces, that had to be “separately ventilated.” Judging by the stink, they were ventilated in the loosest terms possible. At Toronto’s SkyDome (as it was called then), they set aside an entire gate area and called it Puffers. The brand new pillars soon turned the colour of a diseased lung, and the entire environment evoked one or more circles of Hell. Plus, you were missing the game you’d paid good money to see.

In Toronto, they decided to ban smoking in restaurants before bars, which meant if you were an establishment that sold food and liquor, you had to weigh the business smokers brought in and declare yourself a bar or restaurant accordingly. If you were a bar, children were not allowed, so my sons and I were suddenly turned away from a greasy spoon restaurant we’d come to enjoy.

The move away from smoking would probably have gone even smoother if Hollywood had been socially responsible. But studies showed the incidence of smoking onscreen was higher than you’d encounter in everyday life.

As for the actors, the bad boys continued to smoke because it was part of their image. At a press round table at L.A.’s Four Seasons Hotel, Charlie Sheen asked if anybody minded if he smoked. My then colleague Bruce Kirkland said he did. So Sheen took his cigarette and defiantly ate it.

It became news in 2006 when Sean Penn smoked in front of a roomful of cameras at a press conference at the Toronto International Film Festival. He got away without charges. The hotel, The Sutton Place, was fined $600 though.

And in 2008, I was at a round table in New York for Marvel’s Iron Man and Robert Downey Jr. proceeded to light up without asking. “You know that’s illegal here, right?” someone said to him. “Is that so?” he said, continuing to puff and moving on to the next question.

In short, it wasn’t easy to make smoking “uncool” in the 35 years since a day was declared against it. But for anybody old enough to remember the ‘80s, it’s one of the biggest social sea-changes we will have witnessed. And a lot of people are still walking around, breathing, because of it.