Aging and Social Media: Why We’re Embracing Facebook As We Get Older 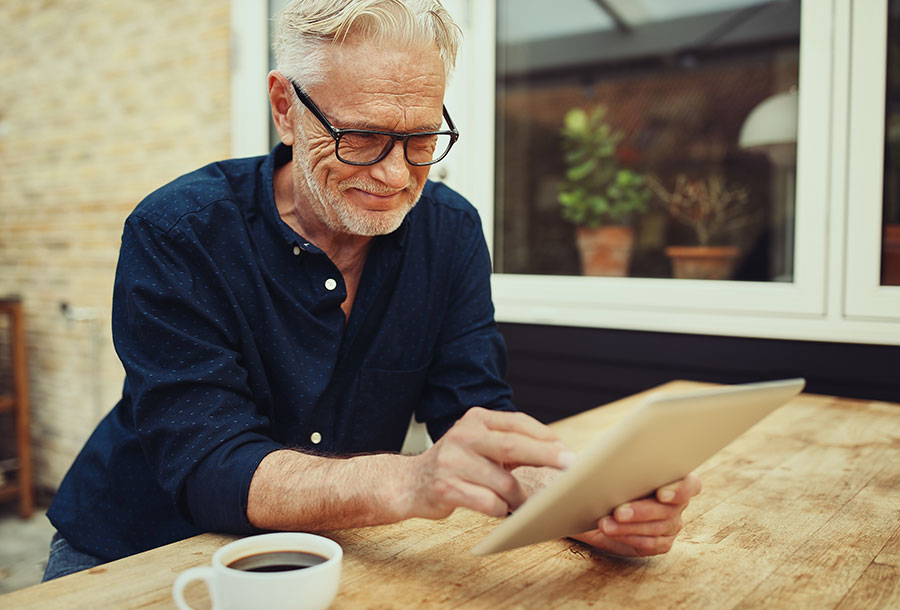 It was 11 years ago this month that I published, what we now call a “hot take,” that this Facebook thing was a passing fad.

It wasn’t my worst stab at fortune-telling. After the Jays’ back-to-back World Series wins in the early ’90s, I predicted many more years as champions, a dynasty in fact.

And my investing in anything always spelled doom for a stock. So, for my having never invested in Facebook, Mark Zuckerberg, you’re welcome.
The iPhone had been introduced a year earlier. I was still using a BlackBerry, mostly for phone calls and texts. I briefly, out of curiosity, had a MySpace account, where I was frankly creeped out by the constant requests to be my “friend” from people I didn’t know. (Also, the instructions to click “Ignore” if you wanted to ignore the request seemed ridiculous. Where I grew up, if you wanted to ignore something, you simply ignored it. Who tells someone they’re ignoring them?)

But my wife was on Facebook and bragging about all her new friends, hundreds of them, including well-known people like David Cronenberg, Peter Fonda and B-movie king Roger Corman. (When I finally broke down and joined, one of my first friend requests came from then Blue Jay Jose Bautista. Can you imagine? He was just waiting for me to sign on so we could become friends).

And when she’d get together with her “real world” friends, they’d compare Facebook friend counts like antique collectors comparing Hummel figurines. “How did you get to 500 so fast? It took me a year!”

My standard retort: “Ask to borrow money from your new friends and see how that goes.”

As I write this, I have just donated to a Facebook-driven crowdfund for an artist-writer I know who has found herself at the end of a lease and, effectively homeless. She has just about reached her goal. If I had a bitcoin for every wrong thing I ever said…

It is commonly believed that the number of one’s close friends declines after age 30 and continues to do so. Some of this is just life (people move away or die, or commit an act of betrayal that makes them effectively dead to you). Some of it is a better understanding of who is really in your corner. They would instinctively see through a social medium that offers you hundreds or thousands of “friends.”

Instead, here’s what happened en route to Facebook becoming a global entity that has empowered extremists and disrupted elections: Boomers became addicted. Though Millennials lead all groups using social media (91 per cent of Canadians in that age group), nearly 80 per cent of Boomers are on Facebook (which is why younger people now dismiss it as their parents’ platform, mostly opting for Twitter or Instagram instead).

The downside, of course, of being the social media platform for an older demo is you, um, “lose” 10,000 users per day. Though, as I’ve written before, most of those people remain “alive” on their Facebook page. So immortality is one selling point.

Speaking of “those kids today,” a survey from Common Sense Media — a San Francisco-based organization examining technology’s impact on families — found that nearly 40 per cent of teens are worried about their parents’ excessive use of social media. Next they’re going to be telling us to text and let them know where we are and how late we’ll be out. You know, they worry.

The nagging doesn’t stop there. I suppose I could deactivate the ScreenTime function on my new iPad OS but I lazily let it remind me weekly about how many hours on average per day I’ve spent  online. This is kind of like a bottle of whiskey telling you, “You finished me in just over three days. Just saying.”

Comedians mocked Facebook because it connected you to your high school classmates, bits along the lines of, “There’s a reason I don’t talk to these people anymore and moved thousands of miles away from them.”

I laughed then. And in the past month, photos of my old high school in Thunder Bay being torn down have popped up on my feed and I can’t resist. “Oh look, they’re tearing up the football field where I decided, after my first tackle, that football wasn’t for me!”

Having more than a thousand “friends” still seems to me like those stories of ancient kings having hundreds of wives. I’m pretty sure most of them never met each other, and King Promiscuous probably had a hazy memory of who they all were himself.

But as we get older, and we apply quality-over-quantity triage to our real-life relationships, there’s something about getting hundreds of birthday wishes that’s transparently phony but still a feel-good experience. At least it beats waiting for your kids to call.