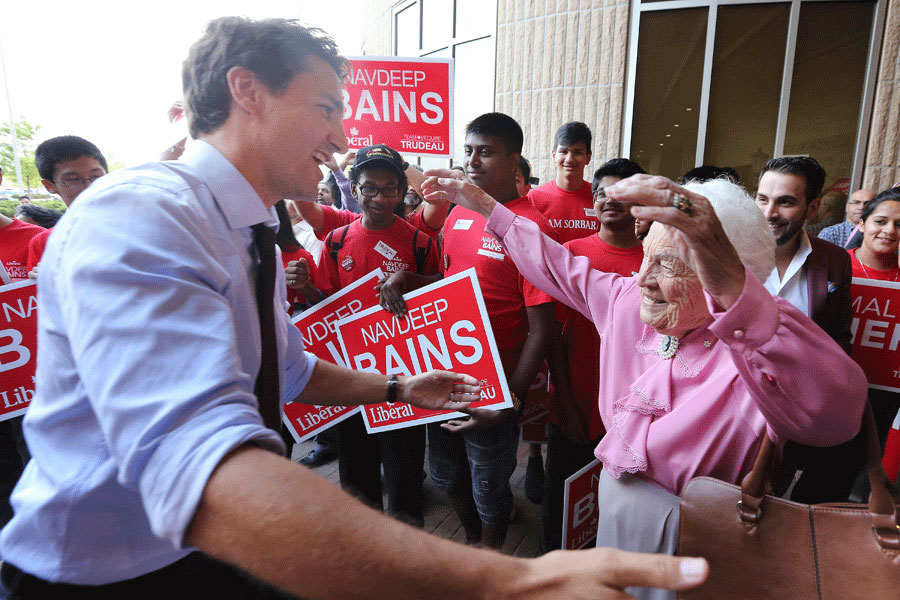 To call it a fever would be an overstatement. But finding any interest at all in a federal election, with months to go, is certainly a departure. People are thinking about it and talking about it. And it’s all about our Prime Minister Justin Trudeau.

Maybe it’s because a sure thing — his re-election — turned into a horse race seemingly overnight. Maybe because the catalyst — the SNC-Lavalin affair is a peculiarly Canadian scandal — with no hint of personal gain involved. Maybe it’s because Trudeau has been wounded by two of his own — women acting on principle. The way the spin doctors explain it, the problem is the way the incident goes to the essence of his “brand.” For many people, Trudeau the brand is the difficulty itself.

There is a bit of the jilted lover about the women at the centre of this: former Attorney General Jody Wilson-Raybould and former President of the Treasury Board Jane Philpott. They are angry because he broke promises — of authority, autonomy and the right to speak their minds. They are angry because he is not the man he claimed to be. He is, rather, a politician just like all the rest. And they were bewildered when their forthrightness got them kicked out of the Liberal caucus.

Trudeau could learn a lot from Zoomer‘s May cover subject Hazel McCallion. As my brother Moses noted, when she was the mayor of Mississauga, she enjoyed the kind of pluralities usually claimed by the likes of (North Korean dictator) Kim Jong Un. I remember covering some of those elections. They were terrible assignments! There was no race to speak of before the polls closed. And when they did, it was all over in a matter of minutes, as expected, without a hint of drama — which is much like Hazel herself.

Her constituents didn’t just like her leadership — they loved her! I’d always wondered about that because she is not your warm grandmother or your backslapping avuncular politico. She is all-tough no-nonsense. “When you provide all the amenities, people are happy,” she offered when we chatted after the event to unveil her cover. So I prompted her, noting her plain-spokenness. “I say it like it is,” she conceded. “I attended every event I could. I gave it full time.” That explanation mostly tells me Hazel McCallion has not spent much time thinking about the nature of her popularity.

What a contrast with Trudeau — or at least the way we see him. He has the megawatt charisma along with the political pedigree. But now both those attributes are being turned against him. Since I started hosting my radio show “Fight Back with Libby Znaimer” on ZoomerRadio, his background as a drama teacher has been an issue. People bring it up disdainfully despite his nine years as a backbencher.

“Mr. Trudeau doesn’t have the appropriate training,” opined a caller named Pat, who says his election was like “some sort of king process.” “If his last name wasn’t Trudeau, it’d be Justin Who,” said another listener, Margaret.

And it’s not just the depth of his experience they call into question. His acting chops are now a liability. Post-SNC, people are doubting his feminist cred and commitment to Indigenous reconciliation. “He always talks a good game,” said Julius. And lifelong Liberal supporters say they are turning away. “If he would just come out, admit making a mistake and apologize, I would have voted Liberal again,” said Tony. “But not now.”

It goes well beyond truthfulness about this or any other file. The issue is authenticity — the quality Hazel McCallion has in spades. Trudeau’s charm, magnetism and dramatic skill may not help him repair the damage because the old saying about sincerity may not apply here. “The most important thing is honesty. Once you can fake that, you’ve got it made.”