Who Sings Andrew Scheer’s Campaign Song “Get Ahead”? We Have Some Theories 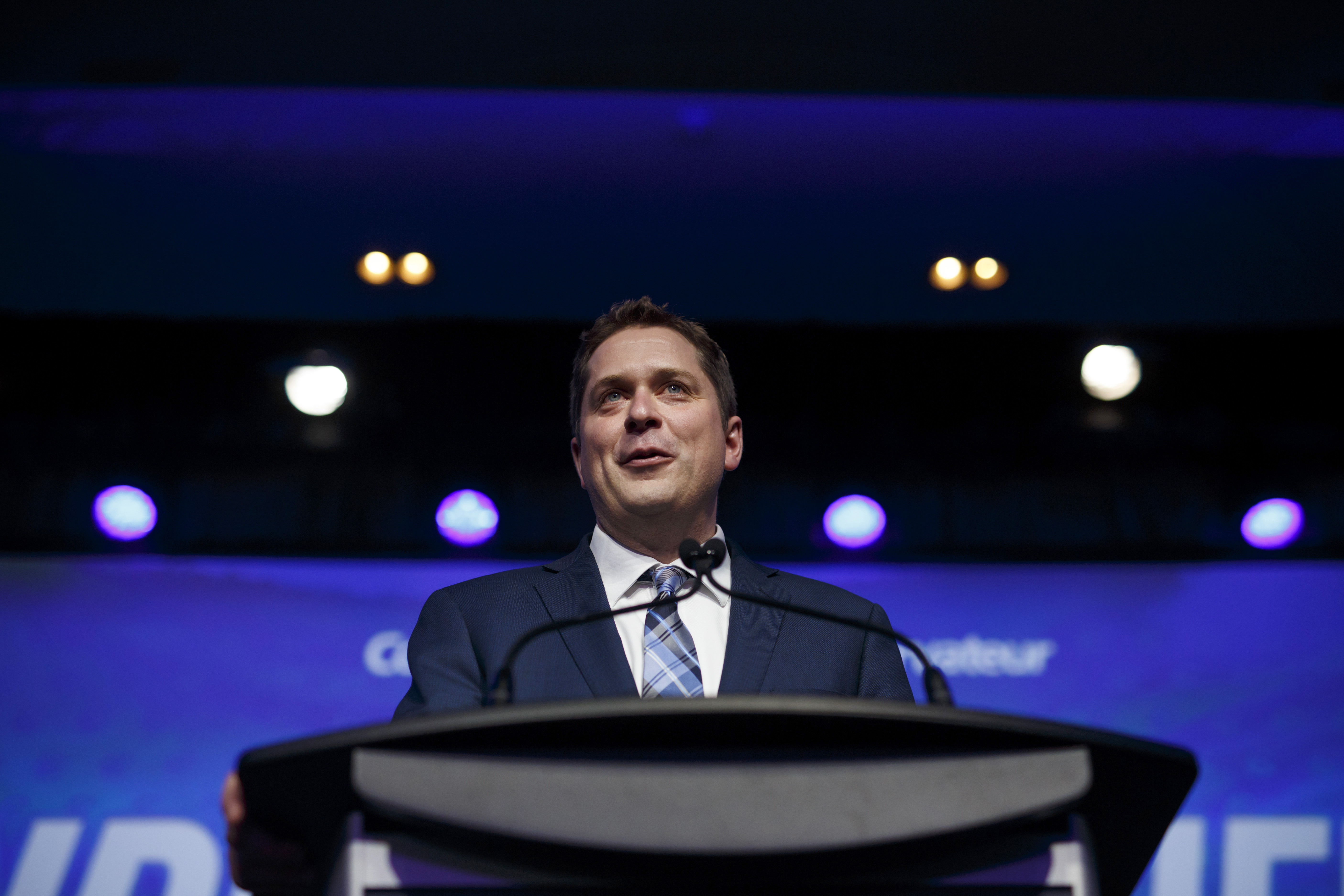 Andrew Scheer, leader of Canada's Conservative Party, speaks after being named the party's next leader during the Conservative Party Of Canada Leadership Conference in Toronto. (Photo: Cole Burston/Bloomberg via Getty Images)

With the 2019 Canadian federal election officially in full swing, the nation is abuzz about one thing: the new theme song that the Conservative Party commissioned from Bryan Adams’ songwriting collaborator, Jim Vallance.

Yeah, sure, there’s also been some buzz about the political leaders and the party platforms and the social and economic issues at hand. But as a nation we need to get our priorities straight and discuss this new entry into the Canadian campaign-rock catalogue.

The federal Conservatives commissioned the theme song — a tune called “Get Ahead,” based on Andrew Scheer’s campaign slogan, “It’s Time For You To Get Ahead”— for the party leader from the award-winning Vallance. The 67-year-old musician’s influence is palpable, with the added “Whoaaaaaaas,” “Yeah yeahs” and guitar riffs evoking the familiar sound of Adams classics like “Summer of ‘69” and “Cuts Like a Knife” — both of which Vallance co-wrote. You can hear the song for yourself on the player below.

The biggest question about the song, however, is who actually performed it? Conservative Party spokesman Brock Harrison told CBC that the contract for the song prohibits releasing the identity of the performers. Still, we’ve got a few hunches as to who might be behind the mic.

To start, there’s former Conservative Prime Minister Stephen Harper, who’s been known to break out his trusty keyboard and serenade everyone from heads of state to Calgary Stampede-goers with classic rock tunes like “Hey Jude,” “Sweet Caroline” and “Sweet Child O’ Mine” — exhibiting all the charisma of an uptight dad trying to show his kid that he’s still hip and “with it.” This song seems a little too high energy for him, but auto-tune is a heck of a tool so who knows?

Another former Conservative PM, Brian Mulroney, famously duetted with then-US President Ronald Reagan at 1985’s so-called Shamrock Summit in Quebec City, crooning “When Irish Eyes Are Smiling” the day after St. Patrick’s Day. And Mulroney reprised his performance in 2017, singing the tune for US President Donald Trump who, evidently, wasn’t moved to join in and sing a verse. Perhaps he’d have joined if Mulroney had sung “Another Brick in the Wall”…

Or maybe it’s hockey legend Don Cherry — a vocal supporter of Conservative politicos like former PM Stephen Harper, Ontario Premier Doug Ford and former Toronto Mayor Rob Ford — performing the song. That’s a long shot though, as a Cherry rendition would be shouted rather than sung, and the lyrics would prove a dead giveaway:

It’s time for you to get ahead

Don’t be a loser

Speaking of hockey legends, the Great One himself, Wayne Gretzky, has been known to lend his endorsement to Conservative candidates, from Stephen Harper to former Ontario Conservative leader Patrick Brown. And on top of that, his daughter, Paulina Gretzky, can really sing, belting out various cover tunes over the years and releasing her own song, “Collecting Dust.” A daddy-daughter Gretzky duo could prove a coup for the Conservatives but, in terms of the song’s effectiveness in leading to election victory, whether it mirrors “Edmonton Oilers Gretzky” or “Phoenix Coyotes Gretzky” remains to be seen.

Of course, any number of singers and musicians would line up to perform a Jim Vallance original, so we may never know who’s behind the song. But one thing is for certain — if Scheer wins on Election Day, the Conservative Party will have this song is blaring across the nation. And if he loses, the entire party will be singing a different tune.