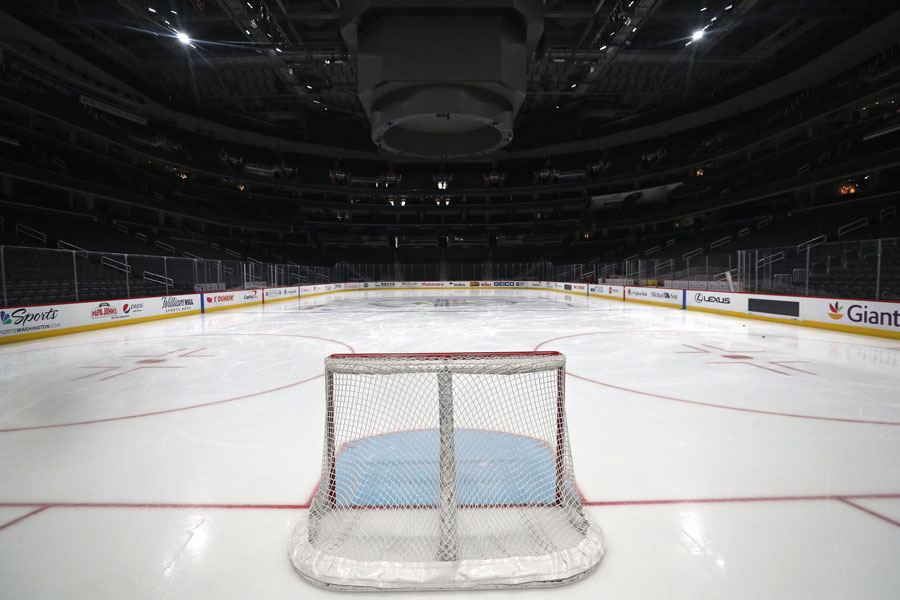 Ahead of the NHL's decision to suspend the season, the Columbus Blue Jackets and San Jose Sharks said they would play upcoming home games behind closed doors and without fans. Photo: Photo by Patrick Smith/Getty Images

With over 100,000 confirmed coronavirus cases in more than 100 countries, sports leagues around the world have been forced to respond.

As many were expecting, the NHL will follow the NBA’s suit and suspend its 2019-20 season to do its part to combat the spread of coronavirus.

The league — which has completed 85 per cent of its regular-season schedule — hopes it can resume action and hold the Stanley Cup Playoffs at some point in the future.

“The NHL has been attempting to follow mandates of health experts and local authorities, while preparing for any possible developments without taking premature or unnecessary measures,” the league said in a statement.

“However, following last night’s news that an NBA player has tested positive for coronavirus — and given that our leagues share so many facilities and locker rooms and it now seems likely that some member of the NHL community would test positive at some point — it is no longer appropriate to try to continue to play games at this time.”

Earlier Thursday, the league had advised clubs to not hold practices, morning skates or team meetings.

The suspension of the season will start immediately with the cancelation of 10 games scheduled for Thursday night, including matches in Montreal, Toronto and Calgary.

Not long after the NHL’s announcement, Major League Baseball also cancelled the remainder of their spring training games “due to the national emergency created by the coronavirus pandemic.” The league also says that the regular season, which was scheduled to kick off March 26, will be delayed at least two weeks.

For the NBA, COVID-19 hit home on Wednesday after a Utah Jazz player tested positive for the virus. The league responded by suspending the season.

“The NBA will use this hiatus to determine next steps for moving forward in regard to the coronavirus pandemic,” the league said in a statement Wednesday night.

The Utah Jazz were seconds away from tip off against the Thunder at Oklahoma City’s Chesapeake Energy Arena when the game was delayed for around 30 minutes, then cancelled entirely. A member of the Thunder’s medical staff was seen sprinting onto the court to speak with the referees. Soon after, both teams headed back to their locker rooms.

It was later confirmed that Utah Jazz centre Rudy Gobert had tested positive for COVID-19. At a recent press conference, Gobert made light of fears surrounding the virus by touching each of the microphones on his way out.

That negligence may have lead to the transmission of the virus to teammate and superstar Donovan Mitchell. According to ESPN, Gobert “had been careless in the locker room touching other players and their belongings.”

The Toronto Raptors as well as any staff that accompanied them to Salt Lake City, Utah when they played the Jazz on Monday night have been advised to go into self isolation.

A day after the NCAA announced that they would move ahead with their scheduled games with only essential personnel and limited family attendance, they have also cancelled both its men’s and women’s basketball tournaments, as well as all remaining winter and spring NCAA championships.

The annual BNP Paribas tennis tournament in Indian Wells, Calif., was called off just before it was set to begin on Monday due to concerns over the virus.

“We are here and still deciding what’s next. So sad for all that is happening around the world with this situation,” Rafael Nadal, the world’s second-ranked player who was slated to compete in the tournament, tweeted after the cancellation. “Hopefully soon solutions from the authorities. Stay all well and safe.”

In soccer, games across Europe and other parts of the world are either being played without spectators or postponed. On Wednesday, the Manchester City-Arsenal match was the first Premier League game to be put off to a later date. China’s Super League schedule has been postponed with no date set for a return. All World Cup qualifying games in Asia were postponed to the fall.

As for the Olympics, officials say the Summer Olympics will start on schedule in Tokyo on July 24. The Game’s flame-lighting ceremony in Greece today was held without spectators.

On Wednesday, Yoshiro Mori, the president of the Tokyo Olympic organizing committee, dismissed comments made by an executive board member suggesting that the Games be delayed a year. “He certainly said an outlandish thing,” Mori insisted during a news conference at committee headquarters.