Not Now, 2020: 5 Strange and Scary News Stories From the Last Year 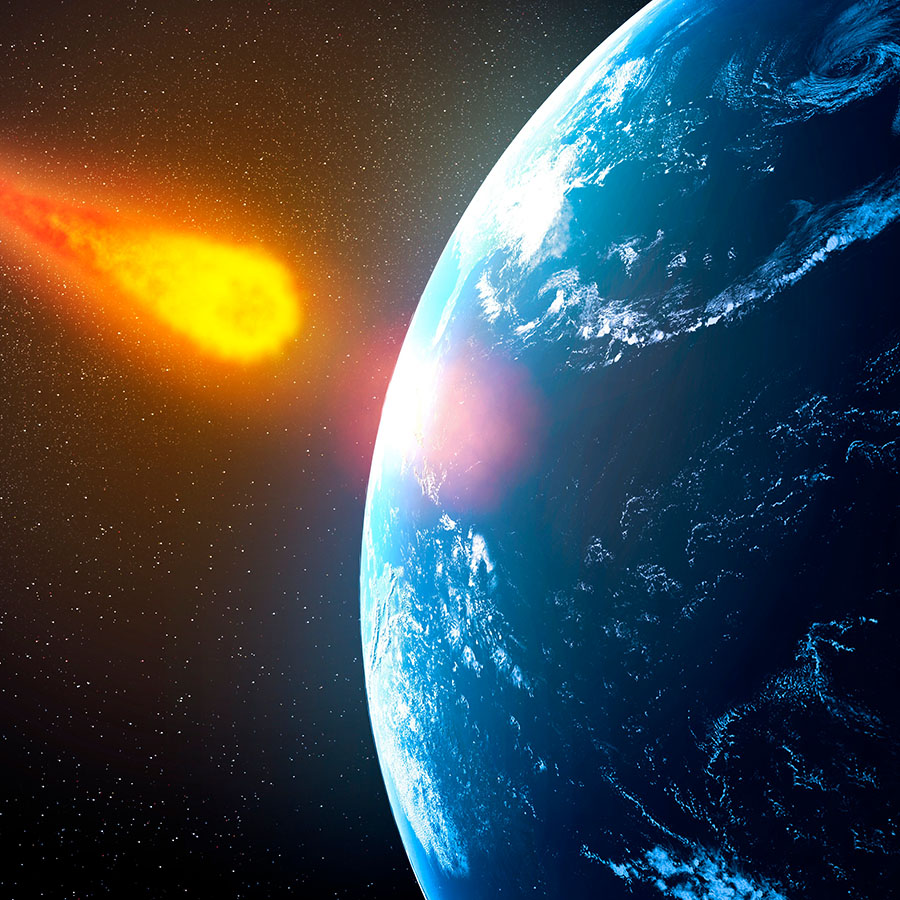 From murder hornets to the asteroid that almost hit Earth, we’re taking one last look at five of the craziest stories we didn’t have time to fully process in 2020. Photo: Science Photo Library, Andrzej Wojcicki via Getty Images

Let’s be blunt: there was a lot going on in 2020. From a news standpoint, it was hard to keep up — especially with pandemic updates dominating headlines.

In fact the news cycle this year was one for the ages, crammed with stories that, in any other year, would have made headlines for days. Yet, in 2020, they faded out fast. And we’re talking major news, like the fact that scientists discovered water on the moon, not to mention a whole new planet; Brexit happened, as the U.K. left the European Union; for a while the world believed North Korean dictator Kim Jong-un was dead; K-pop (Korean pop music) fans commandeered and transformed racist hashtags on social media to help combat hate; and former U.S. governor and vice-presidential candidate Sarah Palin appeared on The Masked Singer and rapped Sir Mix-a-Lot’s “Baby Got Back” while dressed as a furry pink and purple bear.

Say that last sentence again and then take a moment to remember that it was real life in 2020. And it barely registered.

In addition, pandemic and U.S. election news generated so much anxiety that a new phrase — “Not now, 2020” — entered the cultural and social media lexicons as a means of warding off any other potential bad news stories that we just didn’t have the time, or energy, to deal with.

So with the year mercifully over, we’re going to take one last look at five of the craziest stories we didn’t have time to fully process or deal with in 2020.

As if starting the year with unprecedented bushfires ravaging Australia, followed by a global pandemic, wasn’t enough, early May brought a new enemy to the forefront: murder hornets.

Yes, just as we were trying to adjust to life under pandemic quarantines and lockdowns, news that an invasive species of hornet that, as NBC reported at the time, “enter a ‘slaughter phase’ during which they decapitate honeybees and destroy entire hives in the span of a few hours” made headlines.

But while etymologists and bee aficionados kept tabs on the invasive bugs, the rest of us seemingly declared a collective “Not now, 2020” and focussed on pandemic-related problems. Then months later, many of us wondered, “Hey, what ever happened to those murder hornets?” Well, as it turns out, they may not have been as big a threat as they seemed.

“What we do know is that giant hornets do not travel far to start new nests, making them unlikely to spread quickly. Their spread would likely also be limited by Rocky Mountains and the harsh winters of the prairies,” York University Biology PhD candidate Spencer K. Monckton wrote for The Conversation. He added that, “Regardless of their impact on cultivated honey bees — which can be mitigated using metal screens or grates — the giant hornet may be unlikely to do much harm to native biodiversity.”

He also noted that there are other invasive bugs that we should be far more concerned about than murder hornets. Not completely reassuring, but at least none of them have the word “murder” in their name.

At the end of April, around the same time as the murder hornet panic began, no less an authority than THE PENTAGON casually released videos that many believe point to the existence of aliens.

Now, we know what you’re thinking: UFO stands for “unidentified flying object.” That could be anything — like a drone — and doesn’t necessarily mean aliens. But lets be real: if aliens did want to invade Earth, what better time than during a pandemic that has left us sick, vulnerable and unable to travel outdoors?

Once again, society largely brushed it off. Not now, 2020. But by August, the Pentagon had announced that it was forming a UFO task force. And all the fuss kicked up an interview from back in 2017, when the official who headed up a now defunct Pentagon UFO program admitted that aliens could indeed be real and his “personal belief is that there is very compelling evidence that we may not be alone.”

And perhaps most fascinating of all — earlier this month NBC News reported on a “former Israeli space security chief” who said that aliens were not only real, but “equally curious about humanity and were seeking to understand ‘the fabric of the universe.’” In addition, the outlet said the official revealed that, “There is an agreement between the U.S. government and the aliens. They signed a contract with us to do experiments here,” that an underground base on Mars exists where aliens and humans signed cooperation agreements and that U.S. President Trump knows all about it but has had to be coerced into keeping his mouth shut.

This, of course, casts doubt on the whole alien thing. I mean, you had us convinced up to the part where you said Trump knows about it but managed not to blab it out. Now that is a little too difficult to believe.

3. An Asteroid Almost Collided with the Earth

Oh hey, guess what? Our planet was nearly obliterated in June by an asteroid bigger than a football field. No big deal, right?

Seriously, this actually happened. And according to Global News, the asteroid was closer to Earth than the moon. The outlet added that the impact “would have been big and fast enough to deliver a nuclear-sized explosion if it had hit Earth,” which is scary in and of itself.

But worse, the story noted that, “ATLAS — a NASA-funded project that specifically looks out for planet- or city-killing asteroids — completely missed this one when it passed by Earth on June 5.”

You had one job, ATLAS!

Needless to say, this does not inspire confidence that ATLAS will be on top of the situation when the next asteroid comes around.

4. A Plague of Locusts

In a year of plague and pestilence, is it any surprise that a swarm of locusts should show up to terrorize a nation? It’s only Biblical, right?

But that’s what happened in Pakistan, when swarms of the insect threatened to overrun the country. And the situation was no joke: officials feared for food crops and the well-being of locals who were already contending with the COVID-19 pandemic. Pakistan eventually declared a national emergency.

Of course, locusts wouldn’t be enough for 2020. So in the wake of this devastating invasion came news that China may send an army of locust-eating ducks to Pakistan to devour the swarm. Seriously. An army of ducks.

That idea was promptly denied, however, by Chinese officials, with the BBC quoting one official as saying, “Ducks rely on water, but in Pakistan’s desert areas, the temperature is very high.”

Because the crazy thing about this plan was the temperature.

Thankfully, by October, after a massive pesticide deployment, among other efforts, Lieutenant General Moazzam Ejaz, head of Pakistan’s National Locust Control Centre, declared that “By the grace of God and efforts of all” the national emergency was over.

5. The Re-Appearance of a Ghost Village

This one actually sounds scarier than it was. Headlines announcing the re-appearance of an “Italian ghost village” prompted many, no doubt, to shrug and declare, “Of course. It’s 2020. Why not?”

But in reality, the ghost village is actually a 12th century Tuscan village that was intentionally flooded in 1946 to make a dam and a lake. But on rare occasions, the water recedes as the dam is emptied and the village reappears. And now, officials believe there’s a chance that the water will be drained for good in the near future, meaning the centuries-old village will once more see the light of day.

So while the headlines are needlessly dramatic, it’s technically true that an Italian ghost village may possibly reappear soon.