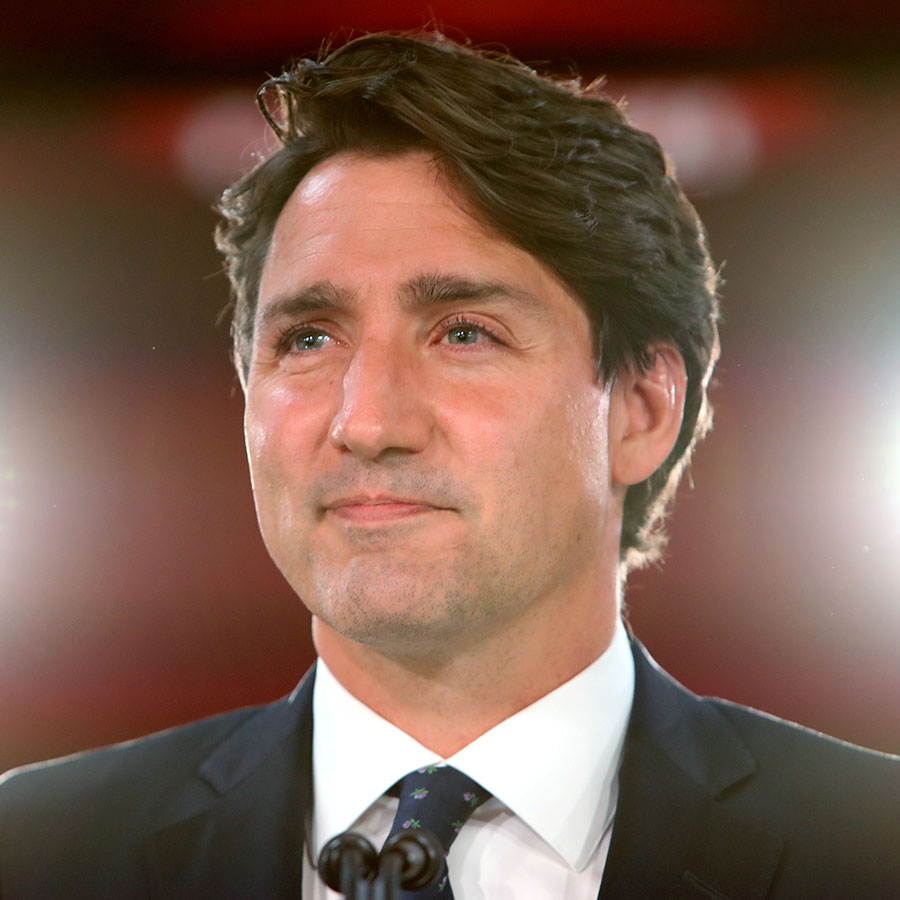 Canadian Prime Minister Justin Trudeau narrowly won re-election on Monday but failed to secure a majority in parliament, after alienating some voters by calling a snap vote two years early during a fourth wave of the pandemic.

The prospect of another minority government, in which Trudeau’s Liberals will again need support from opposition parties to govern, raises questions about the future of a leader who came to power in 2015 promising “sunny ways” but has struggled to deliver on many of his ambitious policy promises.

Trudeau, 49, took a gamble with his early election call two years ahead of schedule, betting that his handling of the pandemic and Canada’s high vaccination rates would deliver him a stronger mandate to rule after the 2019 vote left him with a minority government.

That plan did not go exactly as hoped. The Liberals are projected to win 156 seats  in the House of Commons, one more than they had governed with before the vote, according to television projections.

“What we’ve seen tonight is that millions of Canadians have chosen a progressive plan, and some have talked about the division, but that’s not what I see,” Trudeau said after his rival [Erin O’Toole] conceded. “I see Canadians standing together.”

Trudeau will now have to negotiate his campaign promises — including $10-a-day childcare, billions to seniors homes and new climate-linked investments — with the left-leaning New Democrats whose votes will be needed to pass all legislation.

“It seems to suggest exactly what people want, which is some degree of ambivalence … They’re not ready to have one party or another really have all the reins,” said Gerald Baier, an associate political science professor at the University of British Columbia.

Trudeau, a father of three, comes from Canadian political royalty. Born on Christmas Day 1971 to a sitting Canadian prime minister, Pierre Trudeau, he worked as a teacher and snowboard instructor before winning a seat in parliament in 2008.

He took over a Liberal Party in shambles in 2013 and swept to power two years later on a wave of optimism, promising bold action on issues including electoral reform, cutting greenhouse gas emissions and ensuring clean drinking water for all of Canada’s indigenous reserves.

He has not delivered on those big promises in his six years as prime minister but he did introduce a national carbon pricing scheme, welcomed 25,000 Syrian refugees and made Canada the first Western nation to legalize recreational cannabis.

He also won plaudits for introducing a gender-balanced cabinet when he took office in 2015, and spent billions to support Canadians during the pandemic.

During this year’s campaign, he faced angry anti-vaccine protesters and a new, disciplined Conservative candidate in Erin O’Toole.

Scandals have also marred his reputation. During the 2019 campaign, photos emerged of a younger Trudeau wearing blackface and he was twice censured for ethics violations during his first term in office.

“He over-promises and under-delivers, and the shine has come off,” said Melanee Thomas, political science professor at the University of Calgary.

Apathy toward Trudeau at home contrasts with his popularity on the international stage, where he is still cast as a glamorous leader who inherited former U.S. President Barack Obama’s mantle as one of the world’s foremost progressive politicians.

Obama endorsed Trudeau last week, as he did in the 2019 election. Their friendship contrasts with a sometimes rocky relationship with former U.S. President Donald Trump, who once called Trudeau “two-faced” after a video emerged that appeared to show Trudeau and other world leaders mocking Trump.

Relations between Trudeau and current President Joe Biden are more harmonious, despite Biden ignoring Canada’s objections and revoking a permit for the Keystone XL oil pipeline on his first day in office.

Five things to watch for from Canada’s Liberal minority government

Justin Trudeau’s Liberal Party won its third straight Canadian federal election on Monday and its second consecutive minority government, in which the Liberals rely on another party to govern.

Here are five factors to watch for:

The New Democratic Party (NDP), leading in 27 electoral districts, will be key in enabling the Liberals to pass laws in the 338-seat House of Commons after Trudeau’s party fell shy of the 170 seats needed for a majority.

The left-leaning party has pushed for higher taxes on the rich, government-paid drug and dental care, raising the minimum wage and canceling student debt. The NDP is expected to demand concessions on its priority issues in exchange for support.

Without it, the Liberals could lose key parliamentary votes, triggering another election.

Trudeau promised to require vaccinations for federal government workers, employees of federally regulated industries like airlines, and domestic travellers on planes and trains.

Canadians will expect him to enact the mandates soon, with a fourth COVID-19 pandemic wave surging in western provinces and the most populous province of Ontario. Canada has one of the world’s highest vaccination rates, but it has stalled at about 68 per cent of the population.

Forest fires in Western Canada and a drought in crop-growing areas are focusing attention on climate change.

The Liberals have promised to cut national emissions by at least 40% from 2005 levels by 2030 and add a new requirement in 2025 for the oil and gas sector to cut emissions by an undetermined rate.

They have given little detail on how they will achieve their goals, but are expected to flesh out a strategy to back construction of massive hubs to sequester carbon.

To tackle the pandemic, the Liberals ran up a record national debt of $1 trillion ($785 billion) and pushed budget deficits to highs not seen since World War Two.

Their campaign promised a further $78 billion in new spending over five years, including pledges for a national childcare program and an increase in affordable housing supply by building, preserving or repairing 1.4 million homes over the next four years.

The Liberals said they would hike the net tax rate on the most profitable banks and insurance companies.

Trudeau called the election in hopes that Canada’s successful COVID-19 vaccination plan would enable the Liberals to win a majority.

Their failure raises questions about his own future, and he may face pressure to quit, allowing a new leader to put a different face on the party before another election.

Early on Tuesday, Trudeau told supporters the results meant he has a clear mandate.

(Reporting by Rod Nickel in Winnipeg; Editing by Peter Cooney and Clarence Fernandez)