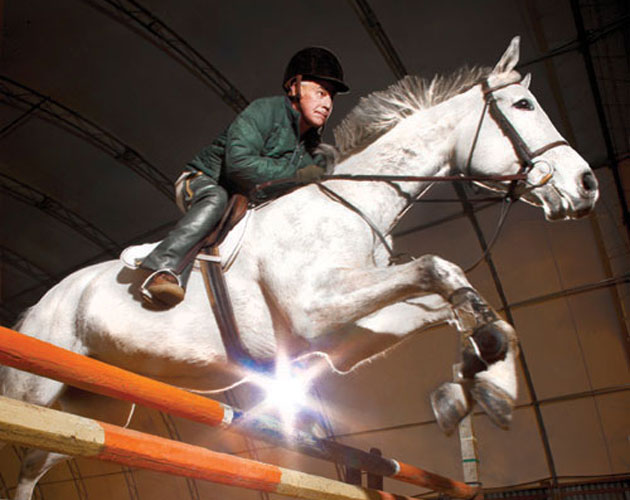 Buying an Olympic-level show jumper? Be ready to pony up hundreds of thousands, even well over a million, dollars. They haven’t always been so pricey. In 1968, Jim Elder, Tom Gayford, Jim Day and Torchy Miller surprised everyone with Canada’s only gold medal of the Mexico City Olympic Games.  Their horses cost $1,900 in total.

“A good jumper is a freak,” Elder says. “And back then, you had to do the best you could. No one was going to give you another horse.”

Elder’s 34-year ride on Canada’s equestrian team began in 1950, when he was 16. By 1956, he had an Olympic bronze team medal for the three-day event — a triathlon of dressage, endurance and stadium jumping. By 1984, he’d ridden in seven Olympics; five Pan American Games; three World Championships; and countless top-level shows.

In the 1970s, he began his long involvement with the Community Association for Riding for the Disabled (CARD). “I could see the kids trying so hard,” he says. “And it’s all to do with horses, isn’t it?”

Elderberry Hill Farm, near Schomberg, Ont., home to eight horses and three ponies, regularly welcomes his grandchildren. Three of the eight — brothers Chad, 19, and Jake Elder, 18, and cousin James Elder, 15 — are following in his show-jumping hoofprints.

“I could show,” Elder admits, “but I have more fun taking my grandkids to a show. “They’re coming along,” their proud coach adds.