The author on winning day by day 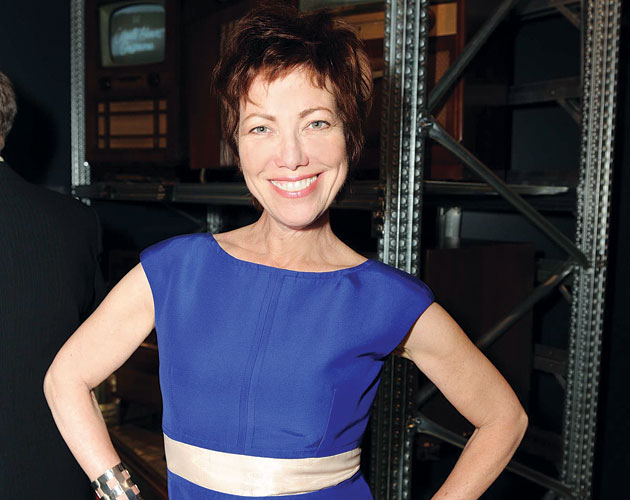 Since I started writing this column, I’ve been cheered and inspired by letters from readers. They come from as far away as Perth, Australia and Ajijic, Mexico. They are full of kind wishes from people sharing their own stories.

I’ll never forget the first time I heard from a woman named Francilla. “I’m a 10-year pancreatic cancer survivor,” she wrote. She told me she has a great family, a job, and she appreciates every day of her life. “I just wanted to let you know there are some of us out there,” she said. That’s not an understatement. With a five-year survival rate of three to five per cent, pancreatic cancer patients celebrating this milestone don’t need a huge party room.

And it seems that every month brings a new milestone. Last month, I told you I finished treatment. This month, the tests confirmed I’m cancer-free. I’m now a one-year survivor, and that already puts me in some rarified company. Only approximately 15 per cent of patients make it this far. But it’s also making me change the way I think about myself.

I used to hate the word “survivor.” I certainly refused to refer to myself that way. After I finished my treatment for breast cancer three years ago, I was adamant that many cancer patients — the ones like me, who caught the disease early and had a great prognosis — should move beyond the concept of survival. The whole idea of survivorship started about 25 years ago. It was a step in the right direction because, until then, people with cancer were called victims. Now, more and more of us are getting this disease because we’re living longer. Nearly a million Canadians and more than 11 million Americans have lived through cancer. The five-year survival rate for prostate cancer is 95 per cent; for breast cancer, it is 87 per cent. Since survival is becoming the norm, I argued that cancer was just one of the bad things that can happen in the ordinary course of living, that instead of raging, battling and surviving, we should just deal with it.

I still don’t want to call myself a survivor, but the descriptor is accurate, and I will answer to it. If every day, month and year is an achievement, then that’s my new normal. After breast cancer, one of my doctors enthusiastically told me I was “cured.” This time, I’ll have to settle for “no evidence of metastatic disease.” As one of my current physicians put it, “I’m afraid we never give written guarantees or smiley faces on the CAT scan reports. I know it’s tough.”

Some readers are helping me learn to live with this. Marie wrote, “Twenty-three years ago, I was told I had terminal cancer and had only weeks or months to live. Needless to say, I did not die and have received miraculous surgeries to enable me to ‘live well.’ It has been an amazing journey … I have been involved in various areas of mind-body connection and self-help.”

Another reader who had the same surgery I did five years ago told me he had to retire because of complications. “I am currently on CPP disability and, yes, it’s below the poverty wage — but I’m on the right side of the grass!”

There’s a lovely tradition at Toronto’s Princess Margaret Hospital (PMH) — patients get to ring a bell when they finish chemotherapy. I remember being a bit jealous when I first heard of this. At the time, I was being treated at Sunnybrook Health Sciences Centre, where there is no bell. I thought this little ceremony would have been a lovely way to mark this rite of passage. This year, as I approached the end of my chemo at PMH, I expended a lot of mental energy trying to decide if I should ring that bell. In the end, no one even asked if I wanted to. That’s okay — I had decided against it. In my new life, as a survivor, there will be no bells, banners or noisy declarations of victory. Every ordinary day is a milestone. So I won’t wait five years to throw that big party.