Want to Live Longer? Sleep on It 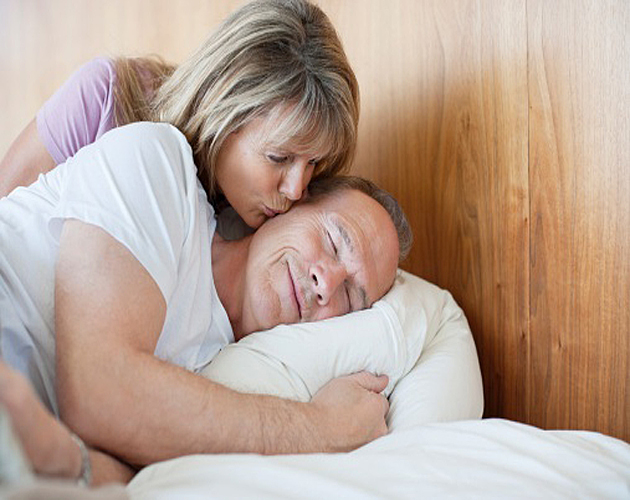 Sleep habits have a tremendous impact on our day-to-day ability to function, how we age and even our longevity. Consider this your wake-up call!

The science of sleep

Each night, we pass through five stages of sleep. Our night begins with drifting off in stage one, light sleep in stage two, deeper sleep in stages three and four and rapid eye movement (REM) sleep in stage five. Your body cycles through all five stages four or five times a night, with each full cycle lasting approximately 90 to 110 minutes. Stages three and four are the most physically restorative, when your body releases growth hormones and repairs the day’s muscular damage. In REM sleep, your mind restores itself, moving information from short- to long-term memory and organizing thoughts.

Older adults may spend less time in the more restorative stages of sleep (stages three and four) and more time in lighter sleep (stage one and two), explains Dr. Michael Breus, author of The Sleep Doctor’s Diet Plan: Lose Weight Through Better Sleep (www.thesleepdoctor.com). This is due to a complex blend of lifestyle and biological changes.

“We know that as we age, stage three and four sleep decreases in power,” adds Breus. “The brainwaves of an 18-year-old during stages three and four are more powerful than those of a 45- or 65-year-old.”

“Data now shows that if you get less than five hours or more than 10 hours of sleep, there’s a double mortality rate,” says Breus.

“Why it is that mortality goes up isn’t clear,” says Dr. Gerald Simkus, cardiac sciences program medical director, Fraser Health, Surrey, B.C. (www.fraserhealth.ca). “You may be sleeping too much because you are unwell or depressed, which are also related to increased mortality.” What research does tell us is that sleep deprivation can double the chances of dying from a cardiovascular event since sleep deprivation, especially if it is due to sleep apnea, seems to increase blood pressure.

Surprisingly, too much sleep appears to be even more dangerous for us, more than doubling the likelihood of dying from other causes. Researchers think this is because the increased need for sleep is often a result of depression, pain or sleep disorders like narcolepsy. “Though individuals vary greatly in their need for sleep, as a minimum, I never like to see my patients getting less than six hours, and on average I like to see seven to nine hours,” says Breus. But, he cautions, “quality of sleep, not just the quantity, matters. It’s better to get six hours of superior sleep, in which the majority of sleep is spent in stages three and four or REM sleep with fewer awakenings, over a restless eight or nine hours.”

Lack of sleep disrupts hunger-regulating hormones, which influence your weight. Sleep deprivation boosts levels of a hormone called ghrelin, which tells you when to eat, and suppresses the hormone leptin, which makes you feel full. Plus, the more sleep deprived you are, the higher your levels of cortisol, the stress hormone, which increases appetite.

The human body will eat, specifically complex carbohydrates, when sleep-deprived to help elevate levels of serotonin, the calming hormone, in the blood to reduce the feelings associated with elevated cortisol, explains  Breus. “For the 45-plus age group, who may be carrying extra weight due to their slowing metabolism, adding the side effects of insufficient sleep is a
recipe for weight disaster,” he cautions. “If you’re interested in controlling or losing weight, get a good night’s sleep.”

“Much of what we call aging – forgetfulness, not being as mentally focused – could actually be related to sleep deprivation,” explains Breus. REM sleep appears to be critical for the organization and consolidation of memory, and as we age, we get less of it. In a catch-22, this is often due to the aging brain’s inability to produce REM sleep. Shorter sleep times could also be a contributing factor, though this is still unclear. We need quality sleep to maintain youthful mental faculties, Breus adds.

“Sleep is essential for neuroplasticity, the continuous growth and reshaping of the brain’s networks and pathways throughout the aging process,” states Harvard University lecturer Dr. Alan Logan, co-author with Mark Rubin and Philip Levy of Your Skin, Younger (www.sourcebooks.com).

Until recently, doctors believed that the brain stopped making new neural connections when the body stopped developing, usually in the early 20s. It turns out the brain makes new neurons well into your 80s. “These brain-growing chemicals are alive and kicking when you are sleeping well,” says Logan. “Sleep loss equals brain drain, plain and simple.”

“Sleep is a time for skin repair and rejuvenation,” says Logan. “Getting enough deep sleep will help your skin repair itself, while a consistent lack of sleep ages the skin.” Sleep allows skin to repair damage caused by stress, ultraviolet rays and other harmful
environmental factors.

A change in sleep quality and duration can affect your melatonin secretion and circadian rhythm (the sleep-wake cycle), and vice versa. “It’s not always clear which is the chicken and which is the egg,” says Dr. Jeffrey J. Lipsitz of Sleep Disorders Centre of Metropolitan Toronto.

RELATED POST: Sleeping In Your Makeup Will Age You

Light exposure and body temperature may be factors in both cases. Melatonin is thought to help suppress the growth of some cancers in which hormones play a role. Night-shift workers may have a higher risk for these cancers because their melatonin levels are often lower. Statistics Canada reports that more than one quarter of Canadian workers have non-traditional work schedules. There are coping strategies, says Lipsitz. “Focus on consistent bed and meal times, daytime sleep environment, even lighting in the workplace, so that after a while [you] begin to display a normal circadian rhythm,” he explains. “If you’re unable to fall asleep during the day, a prescribed short-acting sleeping medication may help.”

Women need about 20 minutes more sleep a night than men due to their ability to multi-task, suggests current research from the U.K. conducted by Professor Jim Horne and his colleagues from the Sleep Research Centre at Loughborough University. The researchers established that women are involved in decision-making and lateral thinking to a greater extent than men and this contributes to their need for more sleep. A man who has a complex job may also need more sleep – though probably still not as much as a woman, states Horne.

“Sleep is good medicine,” says Breus. Here’s how to boost your intake.

• Use a good mattress and pillow

• Stick to one sleep schedule

• Turn the clock around; you don’t need to know the time

• Get daily sunlight and exercise • Consider an herbal sleep remedy

• Drink caffeine after 2:30 in the afternoon

• Drink too much alcohol in the evening. While alcohol will make you sleepy it keeps you out of the deep stages of sleep

Five Tips to Help You Snooze