ASK COLETTE: “Is My Mother in Hell?” 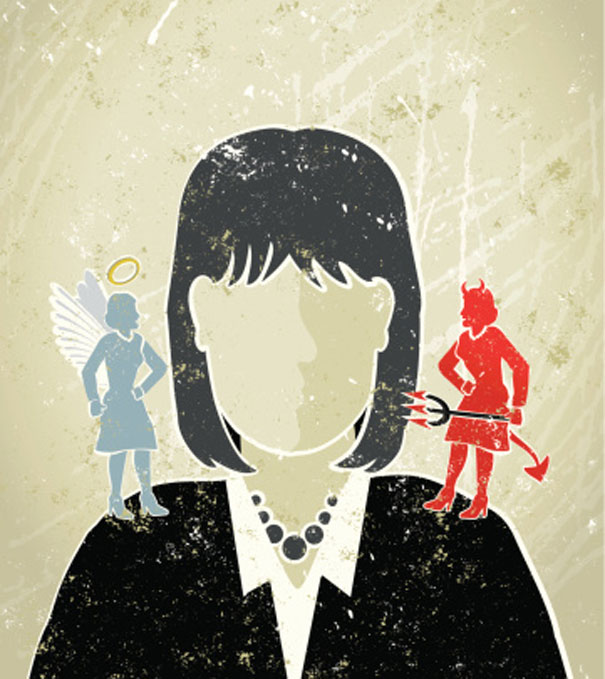 Here, Boomer Intuitive Coach Colette Baron-Reid on the topic of Heaven and Hell

Dear Colette, My mother recently died. She was an awful woman. She was verbally abusive. I feel so guilty because I’m glad she’s gone. Do you think she is in heaven or hell? – Dreadful Daughter?

That’s a great question because the topic of heaven and hell came up on a show I did for Zoomer TV called Angels and The Afterlife. The concept of heaven and hell was presented by a very well-spoken minister quoting Bible scriptures and its importance in the Christian faith. I was raised a Christian and my mother was Jewish. I have since come to my own understandings, and I studied Buddhism, and I’m very open to what is common amongst all faiths.

Now I apologize if my awareness about the non-existence of the traditional heaven or hell appears offensive. But you didn’t ask other people and you didn’t go to a minister, you asked me—and as an Oracle and spiritual teacher voted the Top 100 Most Spiritually Influential People Living, I have to answer based on my experiences.

Having said that, I’m very clear that I don’t believe in heaven and hell in the way other people do. So let me clarify. When you live your life filled with anger, resentment and hatred, you live in a type of hell. So, in essence, your mother has been living in hell and she put everybody there also. As a medium, my experience is people who are the most abusive have come through me to deeply apologize to their children for the pain they caused. I have never had an encounter with somebody who left a legacy of pain and suffering that did not come through me with great remorse.

So I believe your mother is likely at that place on the other side where we take an assessment of our lives to see what we could have done better. Because I’ve had so many experiences with people who have passed over, I really believe she would apologize and want you relieved of any pain.

So I don’t believe your question is really about heaven and hell, but more about how you deal with your guilt along with the legacy she has left you. You need to find a path of deep forgiveness because an abusive person is one who has deeply suffered and acts out that suffering.

Again, you may think what I’m saying is sacrilege but I think the point is it’s not whether heaven or hell exists and if your mother is one or the other. You are the one left living. How are you going to live your life with this legacy? Can you forgive her and recognize that a person who is constantly in the energy of anger, resentment and fury lives with those feelings, and that is hell?

But in the end (no pun intended), I haven’t personally passed over, so my experience is limited to speaking to those who have!

May you see through the eyes of blessings,

If you have a question you would like to ask Colette, write to her at [email protected].  All published questions and answers will be anonymous – we honor and protect your privacy. (Please, Colette respectfully asks that you do not request a reading as the anticipated response to your question.)