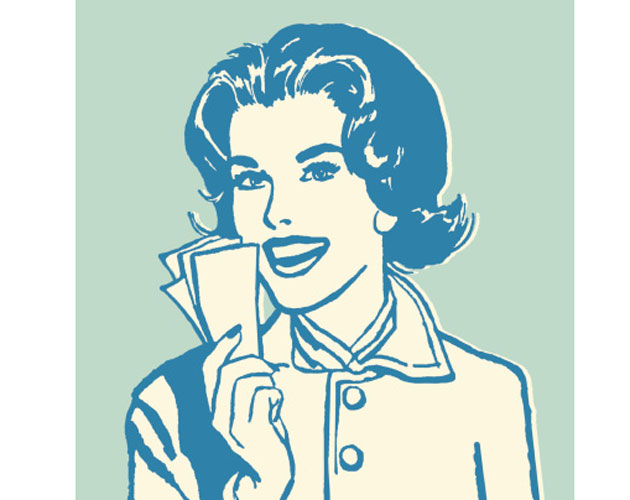 Late last year, Tom Crist, a retired guy in Calgary, got an early Christmas present. It came via a phone call from the folks at LottoMax; he’d won some money.

No big deal. Tom plays the lotteries regularly, and he’d won a few times over the years – ten bucks here, twenty bucks there.

This time was a little different. Tom Crist had won the LottoMax jackpot – 40 million dollars.

Well, we all know how the story unfolds from here. A press conference is called. The winner appears in front of the cameras in a windbreaker and ball cap, smiling shyly next to some Lottery bigwig, both of them standing in front of a cheque blown up the size of a highway billboard. The reporters ask the winner what he plans to do with his money. He says he’ll maybe paint the garage and pay down the mortgage but he’ll keep working his day job down at Acme Screw and Gear.

A few weeks later, he’s quit his job, bought a whole new wardrobe, a condo in Maui, a champagne-coloured Hummer and a Mazda Miata for the wife.

Except not this time. Tom Crist, it appears, belongs to that rarest of species: the satisfied human.

He’s giving the money away – all of it. And not to children, siblings, cousins, aunts or uncles. He’s giving it to charity – cancer research, for starters.

“Cancer is a big one,” says Tom, “because my wife passed away from cancer two years ago.”

“I just retired so I was fortunate enough to set myself up and my kids anyway, and there was no doubt in my mind where the money was going to go. It was going to charity.”

Is there a word in the English language to describe how refreshing Tom Crist’s story is? We live in an age when overfed senators scrabble at the trough to make sure taxpayers are on the hook for their health-care and travel claims; where CEOs vie with one another to see how many millions they can personally leverage out of the foundering firms they’re supposedly piloting. In my province, the B.C. Ferries Corporation is awash in a tsunami of red ink; the executives vote themselves huge raises all around. Canada Post regrets that it can no longer afford to provide home delivery for seniors and disabled customers; meanwhile, it hobbles along with 22 vice-presidents.

Twenty-two. The entire United States of America makes do with one. Not that that helps. Thanks to the greed of its own health-care providers, the richest country in the world cannot deliver even minimal health-care coverage for nearly 50 million citizens.  In fact, Obamacare techies couldn’t even roll out a health-care website that didn’t collapse under its own weight.

It all comes back to money, of course. The stuff that makes the world go round. People say the Bible condemns money as the root of all evil, but they’re wrong. It’s the love of money that causes problems.

And as bitch goddesses go, it’s a mean mother. If you devote yourself to getting rich, you’re money-hungry. If you’re stingy with it, you’re a miser. If you splash it around, you’re a capitalist pig playboy. If you don’t chase it hard enough, you’re lazy and unmotivated. If you inherit it, you’re a leech and a parasite.

All this for a commodity you can’t eat or drink or use to keep off the rain or keep out the cold. Grind up a hundred-dollar bill and smoke it in a hash pipe – you’ll only get a headache, not a high.

And yet we all reflexively genuflect before the dollar sign.

Well … most of us do. Not Tom Crist. And among the three of us – Tom, you and me – who do you reckon sleeps best at night?

Arthur Black is the author of 17 books of humour and a three-time winner of the Stephen Leacock Medal for Humour.