Boomers and Seniors at Risk of Suicide 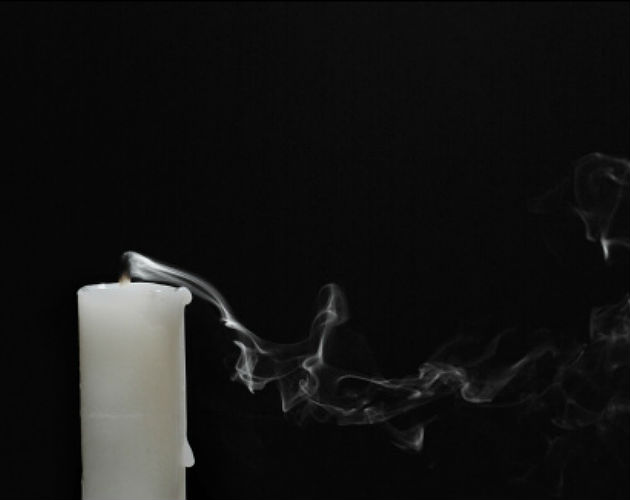 Depression and suicide is on the rise among baby boomers and seniors. Here, the warning signs  — and what to do

Heart disease, cancer, Alzheimer’s disease — you don’t have to look very hard to find information on preventing and dealing with those health concerns. However, there’s one top cause of death among older adults that we don’t talk about enough: suicide.

Surprised? We see stories in the news about young people ending their own lives due to problems like depression or bullying. While it’s a serious issue, we often overlook an even scarier side to the story: suicide rates in industrialized countries are actually higher among older adults than younger adults and teens. Worse yet, with the aging population, experts warn we’ll see more cases of suicide among baby boomers and seniors.

“Suicide can be a hidden problem. We tend not to hear about in older adults. It tends to be an issue that gets neglected,” says Dr. Marnin Heisel, clinical psychologist and an assistant professor at the University of Western Ontario, in a story on CTV News.

Ten people over the age of 60 take their own lives each week, reports the article — but we seldom hear about these stories in the news. We hear a lot of the “rising tide” of age related illnesses like heart disease and Alzheimer’s, but not the risk of suicide.

In the same time period, suicide rates also rose among most age groups over age 45. Why is that a more important measure than numbers? With the baby boomers growing older, you would except to see the numbers increase due to the sheer volume of people. (See the numbers here and here.)  Unfortunately, these statistics don’t include the number of attempts.

While suicide prevention programs often target the young, mental health experts warn that we need to be aware of the problem in older adults too. Baby boomers and seniors need to be an integral part of Canada’s National Strategy on Suicide Prevention, but it’s up to individuals as well as policy makers to help. Both doctors and family and friends should take time to learn about the warning signs and how to help someone who is trouble.

NEXT: WHO IS AT RISK

Who is at risk

As you might expect, depression is connected to suicide across all age groups, but it’s not the only culprit. Experts warn that older adults are more likely to experience “depressive symptoms” rather than clinical depression — and sometimes people dismiss the signs as aging. Many people go undiagnosed as a result.

However, experts also warn we should be aware of other risk factors, including:

– Loneliness and social isolation. Many people who commit suicide live alone and/or lack a strong support network. Men over the age of 75 who are widowed or divorced are especially vulnerable, according to some sources.

– Recent loss of a loved one — like a spouse, close friend or pet.

– Chronic pain — especially if it is severe and inescapable.

– Presence of a mental illness in addition to depression. Experts say the majority of people who commit suicide suffer from an illness such as bipolar disorder, eating disorders, personality disorders, posttraumatic stress disorder or schizophrenia. A history of trauma or abuse can also increase risk.

– Loss of independence and/or mobility, or loss of the ability to live alone.

– Job loss, major financial loss or loss of stature within the community or the family. A loss of sense of purpose or major life change (like retirement) can also be a factor.

– Easy access to means of self-harm such as medications or guns.

Also, people who have made one suicide attempt are likely to try again – and often succeed. According to the Canadian Mental Health Association, older adults are more likely than younger adults to be successful on the first attempt.

What about protective factors? Other than a strong social connection, religious beliefs and easy access to preventative health care can make a world of difference, experts say.

It isn’t always easy to tell if someone you know is in danger – many people don’t make overt suicide threats. In addition to the symptoms of depression, here are some red flags to watch out for:

– Increasing drug use or alcohol consumption.

– A preoccupation with death, such as collecting and reading information about suicide and death.

– Expressions of hopelessness or guilt. The at-risk person may say things like “I don’t know if I can go on.”

– Failure to take care of themselves, or follow doctors orders.

– An effort to obtain the means for self-harm, such as stock piling medication or showing a sudden interest in firearms. Some evidence suggests that women often use non-violent methods like poisoning or a drug overdose while men turn to hanging or firearms.

– Making end of life preparations — like rushing to revise a will, giving away items or saying elaborate good-byes.

Remember, this isn’t a checklist: people can exhibit any combination of these symptoms. A sense of calm following these behaviours can mean that the person has made up their mind.

NEXT: WHAT TO DO

Do these signs sound familiar? Here is what experts say you can to do help:

Take symptoms seriously. According to the American Foundation for Suicide Prevention (AFSP), about 50-75 per cent of people who committed suicide gave some warning to a loved one. If you see any signs, experts say you should take action. These behaviours are a cry for help.

Ask. Let the person know you are concerned. Now is the time to be direct, say experts. Ask the person “Are you having thoughts of suicide?” or “Are you thinking about killing yourself?”

If the answer is yes, push for more details. Ask the person if he or she has a plan in place — like having the means to carry out their intention, a chosen method or a certain date in mind. Experts warn if there is a plan in place, you should treat the situation as an immediate crisis.

Offer reassurance. It may be tempting to argue with or try to talk someone out of suicide, but experts advise to offer support instead. Tell the person you want to help and let them know you care. Assure them that these thoughts are often due to a treatable cause and there is hope. Encourage them to talk about their feelings and problems.

Get professional help. As much as you want to help, this situation is one you shouldn’t try to handle on your own. In an immediate crisis, experts say to take the person to an emergency room or mental health facility (if available) and stay with them until they get the help they need. Avoid leaving the person alone, and remove any harmful objects from the area.

If a clinic or service isn’t available, contact a local crisis hotline. You can usually find them among emergency phone numbers inside the front cover of your phone book or try the Canadian Association for Suicide Prevention’s Find a Crisis Centre page.

If the situation isn’t an emergency, there are other ways you can help. Here are some good sources for more information:
AFSP: What to do
Suicideprevention.ca
HelpGuide.org: Suicide Prevention
University of Florida IFAS Extension: Suicide and the Elderly

ON THE WEB
For more information about suicide among older adults, visit:
Canadian Mental Health Association
The U.S. National Institute of Mental Health