The Story of Yom Kippur 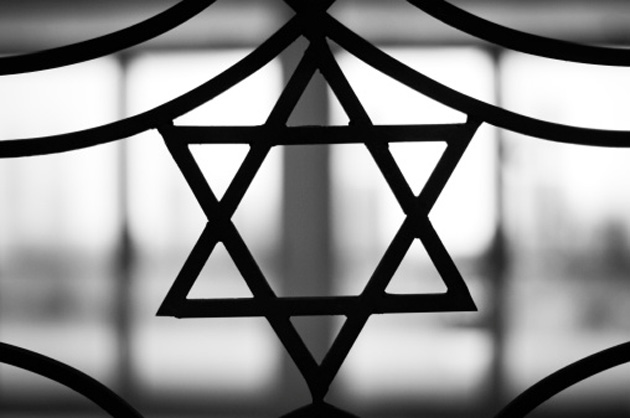 Established by Moses himself — directed by the Almighty — Yom Kippur is the Day of Atonement, the holiest and most important holiday in Judaism, the day when the entire nation’s sins are forgiven.

A solemn day of fasting and prayer, it is celebrated on the 10th day of the Hebrew month of Tishrei, 10 days after Rosh Hashanah, the Jewish New Year — which means in today’s calendar, it changes from year to year, just like Passover and the other Jewish holidays.

Begun at the foot of Mt. Sinai
According to tradition, the first Yom Kippur took place after the Israelites’ exodus from Egypt and arrival at Mount Sinai, where God gave Moses the Ten Commandments. Descending from the mountain, Moses caught his people worshipping a golden calf and shattered the sacred tablets in anger. Because the Israelites atoned for their idolatry, God forgave their sins and offered Moses a second set of tablets.

Into the holiest place
During biblical times Yom Kippur was the only day on which the High Priest could enter the inner sanctum of the Holy Temple in Jerusalem — the Holy of Holies. There, before the Ark of the Covenant, he would perform a series of rituals and sprinkle blood from sacrificed animals on the Mercy Seat of the Ark, which contained the Ten Commandments, a bowl of manna and Aaron’s staff.

Through this complex ceremony, the High Priest sought God’s forgiveness on behalf of Israel. The tradition is said to have continued until the destruction of the Second Temple by the Romans in 70 A.D; it was then adapted into a service for rabbis and their congregations in individual synagogues.

Filled with rich traditions
According to Jewish tradition, God judges all during the “10 Days of Awe” between the Jewish new year, Rosh Hashanah, and Yom Kippur.

Observant Jews consider Yom Kippur and the days leading up to it a time for prayer, good deeds, reflecting on past mistakes and making amends with others.

Some very traditional Jews hold onto such rituals as swinging a live chicken around their head, then giving it to a poor family.

The Sabbath of all Sabbaths
Yom Kippur is sometimes referred to as the “Sabbath of Sabbaths.” Even Jews who do not observe other traditions refrain from work, which is forbidden during the holiday, and participate in religious services on Yom Kippur, causing synagogue attendance to soar. Some congregations rent out additional space to accommodate large numbers of worshippers.

Several key battles throughout history did not pause for Yom Kippur. During the War Between the States, the historic battle of Chickamauga, Georgia, ended just before Yom Kippur of 1863.

During war, Jewish soldiers are exempted by all but the most strict rabbis from having to observe the holiday’s prohibitions on work of any kind.

Claiming their heritage
Frequently Yom Kippur falls on Columbus Day — ironic because historians have argued for years over evidence that Columbus may have had a Jewish heritage — although he was unabashedly a devout Christian and filled his journals with reverent thanks to God.

‘… And I honor him for that’
In 1934 Baseball Hall of Fame first baseman Hank Greenberg attracted national attention when he refused to play baseball on Yom Kippur, even though the Tigers were in the middle of a pennant race and Greenberg was not a religious Jew.

Detroit Free Press columnist Edgar A. Guest wrote a poem titled “Speaking of Greenberg,” which ended with the lines “We shall miss him on the infield and shall miss him at the bat / But he’s true to his religion — and I honor him for that.”

When Greenberg arrived in synagogue on Yom Kippur, the service stopped suddenly and the congregation gave an embarrassed Greenberg a standing ovation..

An opportunity for humiliation
During the Nazi Holocaust, the Nazis took particular delight in forcing Jews to violate Yom Kippur.

On the first day of Rosh Hashanah in 1939, Nazi Gestapo forced the Rabbi of Drobin, Poland, Rabbi Shmuel Eliyahu Klibansky, as well as other Jews, to sweep the marketplace.

A viable state
On Yom Kippur Eve, October 4, 1946, President Harry Truman gave a speech that many believe laid the groundwork for the founding of modern Israel.

He asked that immigration barriers be lowered, allowing more Holocaust survivors to come to America and announced that the U.S. government would support a “viable Jewish state in an adequate area of Palestine.”

‘Bet you wish I was Jewish’
In 1965, Sandy Koufax, the Hall of Fame pitcher, decided not to pitch Game 1 of the World Series because it fell on Yom Kippur. When pitcher Don Drysdale took Koufax’s place and fared poorly, giving up seven runs in 2 innings, he told his manager as he was pulled from the game: “I bet right now you wish I was Jewish, too.”

Surprise attack
On October 6, 1973 — Yom Kippur, the holiest day in the Jewish calendar — Egypt and Syria opened a coordinated surprise attack against Israel with the intent of destroying the Jewish state. On the Golan Heights, approximately 180 Israeli tanks faced impossible odds — 1,400 Syrian tanks. Along the Suez Canal, 436 Israeli defenders were attacked by 80,000 Egyptians. Nine Arab states, including four non-Middle Eastern nations, sent troops to destroy Israel once and for all.

Fighting for a nation’s life
Thrown onto the defensive during the first two days of fighting, Israel repulsed the invaders and carried the war deep into Syria and Egypt, which were saved from disastrous defeat by a cease fire declared by the UN Security Council — which had stood idly by when the battle was going in the Arabs’ favor.

Another threat
On the eve of Yom Kippur 2009, the Islamic Republic of Iran announced it would conduct war games and fire missiles capable of hitting Israel while Jews around the world were praying. The Revolutionary Guards website said that the simultaneous firing of missiles at targets, would “raise the deterrence capability of the Iranian armed forces” and noted it had a new missile that could reach Israel. No missiles were fired although Israeli defensive forces had to stay on alert rather than spend time with their families.