The Scent of Sexual Attraction 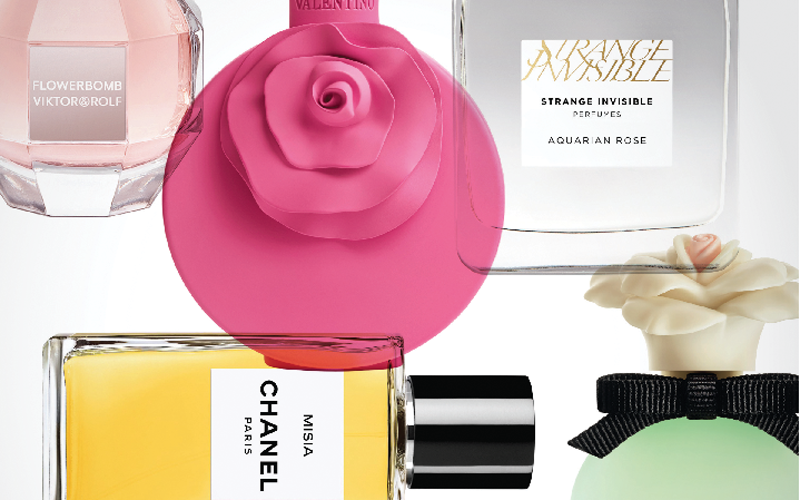 The importance of smell in sexual attraction is undeniable. But just as fashions evolve, our notions of what smells sexy change too.

In Sanskrit, the word vyagra (look familiar?) is derived from the word “to smell” and means tiger, an animal known for highly scented, pre-coital urine spraying. Do Sanskrit scholars with a sense of humour abound in the pharmaceutical industry?

The importance of smell in sexual attraction is undeniable. But just as fashions evolve, our notions of what smells sexy change too. Those super-charged musk fragrances of the late ’70s that promised to turn women from hausfrau to sexpot seem charmingly retro today. (Go now and YouTube those Aviance and Enjoli commercials. We’ll wait.)

So what is sexy now?

“Our sense of smell is closely tied to memories and emotions,” says Mike Kinsey, who heads up fragrance development at Procter & Gamble. “In the brain, the limbic system, where we process the sense of smell, is the same area where memories are produced.”

Smell also helps women choose the “correct” biological mate. In The Scent of Desire, psychologist Rachel Herz explains that while “men rely more on their eyes than their noses when it comes to sexual attraction,” women are most attracted to men by their scent, which indicates that their immune system is different from ours, so together we’ll create healthier offspring. Ergo, no good smells, and yes it’s a subjective thing, mean no pairing up. (However, alluring colognes can trick us into finding biologically unsuitable men enchanting, so buyer beware.)

“Anything that can remind the nose of a body can be sensuous, narcotic and sexy,” suggests Paris-based fragrance expert and The Perfume Lover author Denyse Beaulieu.

Our skin actually creates its own perfume. Lactones (from the Latin for milk), “the same creamy notes found in jasmine and tuberose and fruits like apricots and peaches, are secreted by our skin,” explains Beaulieu. “So they harmonize with our skin really nicely.”

Surprisingly, the smell of clean linens can also evoke skin, as white musks are traditionally used in laundry soaps. “Clean skin smells of the detergents or the fabric softeners that rubbed off on it,” says Beaulieu.

If there’s an aromatic opposite to skin scents, it’s what we might call the “unwashed genre” – fragrances that allude to something darker. Patchouli anyone?

Remembering those sticky vials of brown oil, some are quick to dismiss patchouli as “eau de hippie.” But resinous, aromatic patchouli can be sexy to someone who came of age in the 1960s and ’70s. “If you smell something that reminds you of your misspent youth, assuming said youth was pleasant, that might make you feel sexy then, wouldn’t it?” says Beaulieu.

Clinique’s classic 1971 scent Aromatics Elixir (100 ml, $85) taps into such happy memories with a dark undercurrent of patchouli. Complete with lashings of vetiver, it’s not for the faint of heart but is unmistakably sexy.

Patchouli also lends its earthy base to many elegant scents free of any hippie vibe. Givenchy Dahlia Divin (edp, 50 ml, $105) contains lactone-rich jasmine anchored with patchouli while Roads’ Graduate 1954 (edp, 50 ml, $175) is a lactone-laced mix of frangipani (a tropical flower) and tuberose with a patchouli and wood base.

Vanilla is known for stimulating sexual arousal in men. According to Dr. Alan Hirsch of Chicago’s Smell and Taste Treatment and Research Foundation, “The older the man, the greater a sexual response to vanilla,” as it creates an “anxiolytic [anxiety-reducing] state, removing inhibitions.” Hirsch muses that perhaps a positive association with vanilla exists more for earlier generations because vanilla-flavoured foods were treats then, not to be had every day.

But some childhood associations, like rose, have a bumpier transition to adult appeal.

“People describe rose as being a 20th-century ‘grandmother’ fragrance,” says perfumer Alexandra Balahoutis of Strange Invisible Perfumes, whose Aquarian Rose (edp, 50 ml, $385) blends the bloom with marjoram and sandalwood. “This is merely a sensory association based on rose perfumes of a much earlier generation.”

Rose does have a PR problem of erasing its association with tea rose colognes or soap on a rope. But recent rose creations go bolder, like blending Turkish Rose and Rose de Mai with violet and benzoin in the plush new Les Exclusifs de Chanel Misia (75 ml, $180) or Aerin Rose de Grasse (perfume, 50 ml, $205), which incorporates a musky, salty, almost elusively metallic note courtesy of Ambrox (a synthetic molecule), modernizing the main act.

Florals too can receive mixed reviews from men, reminding them of women of the Dowager Countess’s ilk – a romance killer if ever there was one. A new crop of floral fragrances like Dolce Floral Drops, a white floral with neroli leaves (edt, 50 ml, $98) or Guerlain’s La Petite Robe Noire Eau Fraiche (50 ml, $82) are enlivened with bright citrus notes that smell invigorating and even provide mood-boosting benefits. This is not just aromatherapy-esque wishful thinking as researchers at Shiseido have discovered that inhaling the scent of citrus can lower our stress hormone, cortisol levels.

According to Hirsch, “Citrus stimulates the part of the brain that makes you awake and alert by stimulating the trigeminal nerve in the same way that smelling salts under the nose wake you up.”

One caveat to such fragrant experimentation: if you are re-entering the dating pool after years out of the game, Beaulieu suggests selecting a recently launched fragrance when primping for first dates.

“Classics can be dangerous because you might remind the gentleman of someone,“ says Beaulieu. “What if it reminds him of his ex-wife? That’s not going to get you anywhere.”

How women want men to smell

They say that men are aroused by the scent of vanilla. But according to Dr. Alan Hirsch of Chicago’s Smell & Taste Treatment and Research Foundation, it’s baked goods like pumpkin pie and doughnuts that lead the pack in piquing their interest, while vanilla is 11th on the list. Use that information any way you wish.

Women, surprisingly, are not sexually aroused by overt food notes, according to Hirsch’s research. He believes that food smells “evoke feelings of work, as women are traditional food preparers.”

Masculine fragrances that can raise a woman’s temperature instead unite typically “masculine” notes like leather, woods, smoky tones with softer, feminine scents: florals, warm spices and musks that evoke skin. Often, it’s the unisex fragrances that women would choose for themselves that they also like on men.

[A] Arquiste for J. Crew No. 57 (50 ml, $92), a unisex fragrance meant to conjure a cocktail party in an oak-lined gallery, harmonizes traditionally manly notes of oak, cedar and whiskey with warmer cinnamon and vanilla for cosy appeal.

As the brand that revolutionized selling sex along with fragrance, [B] Calvin Klein Reveal Men
(edt, 100 ml, $92) does not disappoint, mimicking a swoony, post-coital haze with notes of raw salt that suggest damp skin.

On a different note, Creed recently defended a certain classic American scent when an interviewer with The Independent attempted to score points by dismissing it as mass market.  “Hang on,” said Creed, “Old Spice is really very good.” Introduced in 1937, [E] Old Spice Classic (125 ml, $15) remains popular, evoking happy memories in longtime wearers, while its blend of classic herbal notes with oriental elements appeals to younger consumers free from the nostalgic associations.