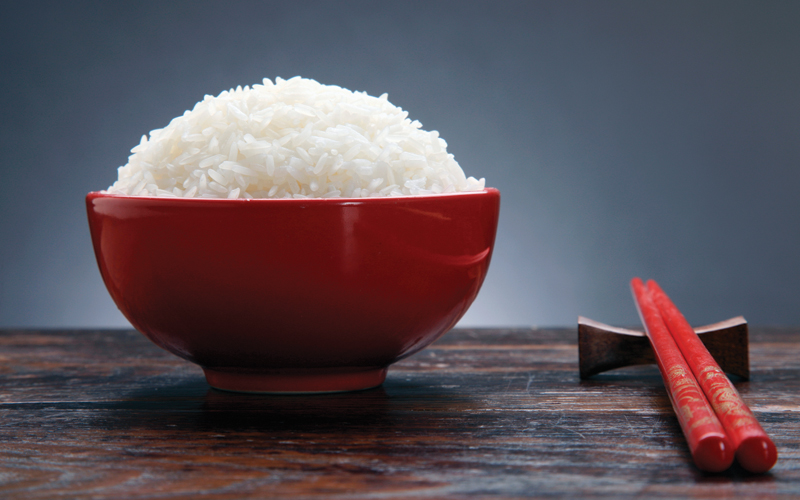 The truth is rice may not be so nice.

More than half the world’s population relies on rice as a staple food. In Canada, we eat twice as much as we did 25 years ago. Rice attracts us because it’s gluten-free and low in fat. And after the world’s longest-living people were identified in Okinawa, a poor island community of Japan, a white rice-based diet also became erroneously associated with longevity.

The truth is rice may not be so nice.

“White rice is high on the glycemic index, which means it breaks down to sugar in the body at a faster rate than foods less processed that contain more fibre and protein,” says Susan Watson, a registered dietitian with A Little Nutrition in Winnipeg. Several servings a day of white rice have been linked to diabetes and certain cancers. White rice is also low in vitamins, minerals and fibre.

It turns out Okinawans ate sweet potato as their main carbohydrate – even more than their traditional brown rice. (They also had other factors like physical labour and genetics going for them.) As the community modernized and began to eat more of the highly processed white rice, its citizens actually become more obese than the rest of Japan, and longevity is no longer remarkable.

Brown rice, with the four outer layers of the seed (bran), is higher in fibre, has a lower glycemic index and keeps you full faster. But even brown rice may be more processed than you think.

“Many times, people purchase brown rice and it looks good to them, but it may only have the inner layer,” says Herbert Kronzucker, a professor of plant biology at the University of Toronto. Furthermore, brown rice may contain arsenic, especially that grown on former cotton plantations in the southern U.S., thanks to pesticides that were once used there, as opposed to California rice, which does not have this problem.

You can still eat rice, but “portion control is key,” says Watson, who advises no more than a cup per meal. Basmati and jasmine rices are usually lower in the glycemic index and arsenic.

Pairing rice with healthy fats and protein, like fatty fish, will slow the sugar release.

“Turmeric also tempers the glycemic index,” adds Kronzucker. Darkly coloured varieties, like red and purple rice, are higher in anthocyanins, antioxidant compounds that fight cancer. The Okinawa Institute of Science and Technology is even working on a rice that is slower to break down into sugars whether it is highly processed white or less processed brown.