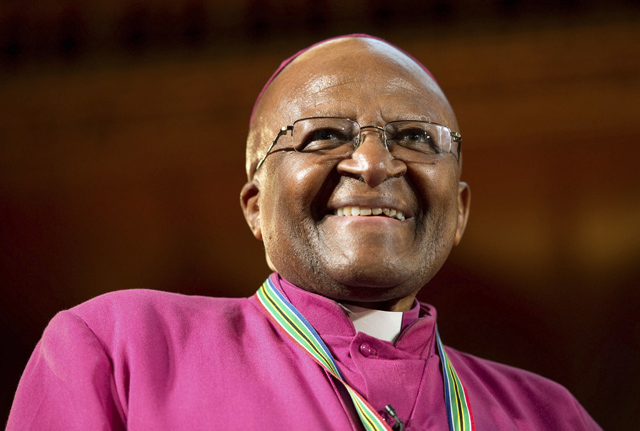 “Now, as I turn 85 Friday, with my life closer to its end than its beginning, I wish to help give people dignity in dying…” —Archbishop Desmond Tutu

South Africa’s Archbishop Desmond Tutu turns 85 today [October 7, 2016], but in an opinion piece he penned for the Washington Post yesterday the Nobel laureate made it clear he’s more interested in discussing what happens at the end of his life than any birthday plans.

“Just as I have argued firmly for compassion and fairness in life, I believe that terminally ill people should be treated with the same compassion and fairness when it comes to their deaths,” Tutu wrote. “Dying people should have the right to choose how and when they leave Mother Earth. I believe that, alongside the wonderful palliative care that exists, their choices should include a dignified assisted death.”

In the piece, Tutu notes his one-time opposition to assisted dying, as well as his own reluctance to explicitly declare his desire to receive an assisted death even after changing his stance on dying with dignity.

“Today, I myself am even closer to the departures hall than arrivals, so to speak, and my thoughts turn to how I would like to be treated when the time comes. Now more than ever, I feel compelled to lend my voice to this cause.”

Tutu writes that, while he believes in the sanctity of life, “I know that we will all die and that death is a part of life. Terminally ill people have control over their lives, so why should they be refused control over their deaths? Why are so many instead forced to endure terrible pain and suffering against their wishes?…Regardless of what you might choose for yourself, why should you deny others the right to make this choice?”

He also says that he has made arrangements for his own passing and has no desire to be “kept alive at all costs.”

Tutu also made mention of “promising developments” in Canada and the state of California and, though his stance on the issue, like his support of same-sex marriage and abortion, is in direct opposition to the laws of his Anglican faith, the Archbishop believes conclusively that, “In refusing dying people the right to die with dignity, we fail to demonstrate the compassion that lies at the heart of Christian values.”