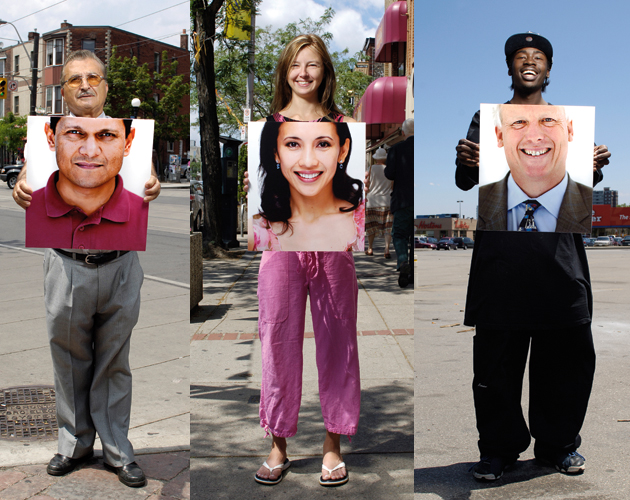 The Honourable Elizabeth Dowdeswell, the 29th Lieutenant Governor of Ontario, shares her immigrant journey and why she’s proud to call Canada home.

A number of years ago during a United Nations conference in Johannesburg, I was interviewed by a Canadian reporter. I was asked, “What’s a woman from small-town Saskatchewan doing in South Africa – and why should we care?” I responded to the second part of the question with a well-worn answer about the nature of our interconnectedness in a fast-paced world and the fact that our common environment knew no borders. But it was the first part of the question that was unexpected and motivated me to think more deeply about the journey I was on.

My story is an immigrant one so typical of many Canadians. My parents sought a more promising future. They believed firmly in the value of an education and exposed us to new surroundings and peoples regularly. They assumed that there were no barriers that could not be overcome through hard work and stimulated all eight of their children to stretch and grow – to dream.

So my Canada is a land of opportunity. It has encouraged this immigrant to explore many paths of possibility and to look to the future with confidence and optimism. It has given me the courage to be.

My journey took me to every province and territory in Canada, from the never-ending skies and hardy caraganas of the prairies to the spectacular vistas of the high Arctic and beyond to sub-Saharan Africa where the climate seemed to produce one perfect day after another. As lieutenant governor, I now have the privilege of listening to the simple and eloquent stories of Ontarians. And it is not surprising to me that I hear stories of the physical place – the majesty of the Great Lakes and the vastness of the North. The storytellers become poetic, rhapsodic and quite nostalgic recalling their memories of summer camps and the silence of wilderness.

Indigenous Peoples remind us of the sacredness of Mother Earth. Others speak of the urban landscape and symbols, of which we have many: heritage buildings interspersed with world-class modern architecture; public spaces for entertainment and education; signs that identify what is at the heart of a community.
These stories have enriched and enlarged my view of the country I call home. Certainly what has been reinforced is the notion that Place Matters.

And it is not simply the physical place. What is it about the culture of Canada that allows us to pay respect to our roots while also aspiring to transcend our current circumstances? My experiences ranged from farming and teaching to public service and corporate management and each move seemed at the time a natural evolution. Why?

A conference on peace and community building in Belfast, Northern Ireland, was for me a profound touchstone. I was reduced to tears listening to the compelling stories of courage from young people in war-torn areas of the world followed by witnessing acts of reconciliation. What was so impressive was not the sadness of such horrific tales, but the maturity and commitment and at times even joy, as each sought in her own way, to make a difference in this world. This was a moment indelibly imprinted on my mind. Perhaps it was because this was the city of my birth, but more likely it was because of the street signs that had been erected by a well-known rock star. The signs read WAY AHEAD NOT CLOSED. One of them magically disappeared from the street and found its way to my home office, remaining these many years later a sign of hope.

Living and working outside of Canada has allowed me to see my own country through a different lens. We are so fortunate – the way ahead is not closed.

Ontarians talk of survival and resilience. So many describe a culture of responsibility – call it the bonds of community where people are caring neighbours, often with common purpose and a commitment to each other and the environment in which they live. Ontarians describe their province and country as a place of openness, inclusivity, respect and generosity.

They swell with pride as they speak of welcoming refugees and embracing diversity, although they seem somewhat surprised, maintaining modesty and humility, when others in the global community draw attention to the “Canadian way.” To them, such empathy and nurturing is simply how this country was built. Open minds and open hearts.

The stories I hear inspire me. We seek economic development that is inclusive and sustained over time in order that citizens are empowered to realize their full potential. We believe that we need to steward carefully the natural resources we have been given. We are still a “work in progress.” The path to reconciliation with Indigenous Peoples is one on which we will learn together and heal with respect. We recognize our mutual vulnerability and a persistent vision of global wellness and peace. Canada is a place where we uphold justice, dignity and human rights. And in this country, nothing is impossible.

There is no place I would rather be. This is where I belong. This is HOME.

As a contribution to the celebration of 150 years of Confederation, the Lieutenant Governor has launched a new publication and exhibition, 150 Stories, on what it means to be a Canadian in Ontario. It is available online at www.lgontario.ca.