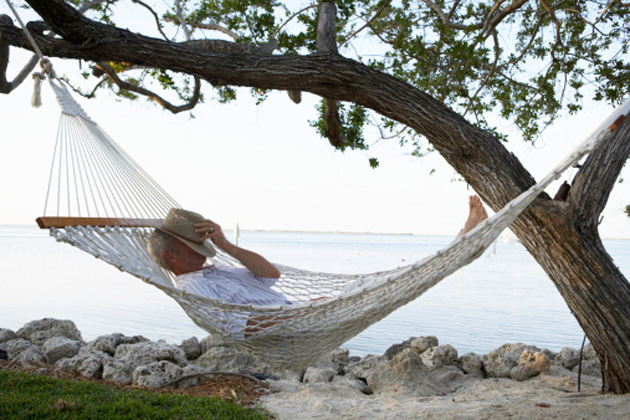 Unless you happen to be a toddler, it may not be feasible to schedule regular ‘nap time’ into your day. It may, however, be a very smart idea.

Yet another study, this time from the University of California, Berkeley, shows that napping can boost and restore brain power. A biphasic sleep schedule, researchers say, not only refreshes the mind, it makes you smarter.

For the study, researchers looked at the sleep schedule and mental performance of a small number of university students. They found that people who napped for 90 minutes in the afternoon experienced a 20 per cent boost in mental performance compared to non-nappers.

“Sleep not only rights the wrong of prolonged wakefulness but, at a neurocognitive level, it moves you beyond where you were before you took a nap,” says Matthew Walker, an assistant professor of psychology at UC Berkeley and the lead investigator of the study.

And not surprisingly, those who suffered from sleep deprivation also showed a significant decrease in cognitive performance.

In fact, researchers found that pulling an all-nighter — a common practice for students during exam time — decreases the ability to learn new facts by nearly 40 per cent, due to a shutdown of brain regions during sleep deprivation. (See 10 tips for better sleep.) The brain’s email inbox is full

Taking an afternoon nap allows the brain to clear its short-term memory storage and allows it to absorb new information, Walker says. Since 2007, he and other sleep researchers have said that fact-based memories are temporarily stored in the hippocampus before being sent to the brain’s prefrontal cortex, which may have more storage space. “It’s as though the e-mail inbox in your hippocampus is full and, until you sleep and clear out those fact e-mails, you’re not going to receive any more mail. It’s just going to bounce until you sleep and move it into another folder.”

The findings further suggest that the memory-refreshing process occurs when nappers are engaged in a specific stage of sleep. By using tests that measure electrical activity in the brain, researchers were able to link the refreshing of memory capacity to Stage 2 non-REM sleep — which takes place between deep sleep (non-REM) and the dream state known as Rapid Eye Movement (REM).

Previously, the purpose of this stage was unclear, but the researchers say it makes sense, considering we spend at least half of our sleeping hours in Stage 2, non-REM.

“I can’t imagine Mother Nature would have us spend 50 percent of the night going from one sleep stage to another for no reason,” Walker says. “Sleep is sophisticated. It acts locally to give us what we need.”

The findings seem to indicate that sleep stage is more important than how long one naps. Although for this particular study participants napped for 90 minutes, some sleep experts say that even a 20 or 30-minute catnap is sufficient to be restorative. For some, sleeping too long in the afternoon can lead to sleep inertia or grogginess, and may interfere with nighttime sleeping.

Previous research has also shown that regular naps reduce the chance of heart-related death by nearly 40 per cent among adults. (See Naps are good for your heart.)

A connection to Alzheimer’s?

Walker and his team will go on to investigate whether the reduction of sleep experienced by people as they get older is related to the decrease in our ability to learn as we age.

Finding that link may be helpful in understanding such neurodegenerative conditions as Alzheimer’s disease, Walker said.

Poor sleep has been associated with an increased risk for stress, obesity, diabetes and an impaired immune system. Sleep deprivation has also been linked to an overall dissatisfaction with life. (See Poor sleep and unhappiness.)

*  Find your afternoon sweet sleep spot. Lying down with a favourite blanket and pillow is better than sitting.

*  Catch your 40 winks in a place where you can control light, noise and temperature.

*  Turn off the cell phone. The most productive naps are uninterrupted ones.

*  Try to set a regular time for your afternoon nap. To avoid disrupting your nighttime sleeping cycle, avoid napping too late in the day. (For this study, participants napped around 2:00 p.m.)

*  If you’re concerned about sleeping too long, set an alarm.

*  And last but not least, enjoy your nap! If you’re not used to taking a break during the day, get over the guilt and remind yourself this is productive time for your brain and your body.

READ MORE
Do you have sleep apnea?
10 health benefits of sex
Sick of feeling tired?