5 Fad Diets—And How They Could Work For You 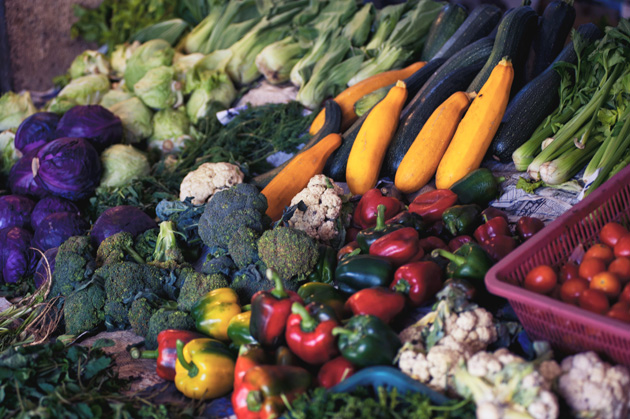 Which one is best for you? Here, the ups and downs of some popular diets.

Question: If you want to drop 10 pounds for good, which diet should you choose?

Answer: one you can live with long term.

I recently adopted a low-carb, low-sugar diet. I have minimal sweets, white flour and potatoes (and take a multivitamin in case I’m missing nutrients). I find it easy to put up with this way of eating, partly because I’ve lost 15 pounds in three months. Maybe it’s not for everyone, but it works for me. The point is pick something you can live with.

Here are five popular diets and what they’re all about.

This started in the 1960s. In 1984, Lynn Redgrave became its first celeb spokesperson, a role more recently held by Jennifer Hudson, Jessica Simpson, Charles Barkley and Oprah Winfrey (who, in 2015, acquired a 10 per cent share in the company). It involves tracking the point value of foods—SmartPoints are based on calories, saturated fat, sugar and protein—and attending support meetings in person or online. Essentially, it’s about portion control of the foods you love and adopting healthier food choices—key to aging well.

Says Sue Mah, a Toronto-based registered dietician, “I like the fact that no food is off limits. You can still enjoy your favourites, knowing that they’ll ‘cost’ more points.”

Mah also likes that WW encourages plenty of vegetables and fruits and physical activity—anything from walking to dancing to cleaning.

“Some pros of this diet are the online support and the recipes. The counting of points helps you think about your food choices.

While South Beach allows only unsaturated fats, Atkins makes no restrictions on the type of fat consumed; and South Beach allows roughly the same carbs as Atkins. Both diets are high protein and encourage vegetables (especially leafy greens). Sugar—even fruit, in the early stages—is restricted, as is bread, cereal, pasta and whole grains. The idea is that if your body is deprived of sugar and carbs (carbs break down into sugars), it’ll instead use up fat as its energy source.

“It’s healthy to reduce simple carbs in the form of added sugar,” says Stefanie Copple, a registered dietitian and president of Break-through Junction in Calgary. “That’s not hard if you stick to eating whole foods. Complex carbohydrates—100 per cent whole grain foods such as quinoa, oats, and barley as well as fruits, vegetables, and legumes—are good, as they ensure a high amount of fibre, which slows digestion and therefore glycemic response.”

An international study published in 2013 in the Journal of American Medical Directors Association showed that people age 65-plus need more dietary protein than younger adults do to build or maintain muscle—they should be aiming for 25 to 30 grams at every meal.

Speak to your doctor, however, if you have any issues with your kidneys. Says registered dietitian Gina Sunderland of Winnipeg, “Consuming a lot of protein can put stress on the kidneys.”

There are different variations. The newest embraces a “5:2” concept (you fast for two non-consecutive days a week, consuming 500 calories, and for the other five days you eat normally). Jennifer Aniston, Beyoncé and JLo apparently have followed this approach. In another version, you alternate 500-calorie days with a normal day. Then there is the “16:8” (stemming from The 8-Hour Diet book from 2012), where you fast for 16 hours out of 24 and eat your daily calories within eight hours. And a fourth type is time-restricted, when you don’t eat anything past, say, 7 p.m. or you have just one large meal a day.

Mah points to studies showing you can lose about the same amount of weight by simply reducing daily calories. Still, she says, “I like the done-after-dinner time-restricted variation best. If you feel like a snack before bedtime, maybe you’re bored. Try having a glass of water.”

She’s not a fan of the 16:8 version because it’s likely you’d skip breakfast—so important for refuelling and kick-starting metabolism. And more extreme forms of intermittent fasting diets, like the 5:2 and 500-calories every other day, Mah says, will be especially difficult for those who exercise, since you can’t fuel up before or after a workout. “Remember, too, that if you’re feeling deprived on a fasting diet, then it’s not the right eating plan for you.

And be careful: intermittent fasting is dangerous for those who are have Type 2 diabetes or are pregnant.

This originated in France, gaining popularity in 2000 when Dr. Pierre Dukan published The Dukan Diet book. It is particularly popular in the U.K., where Kate Middleton is widely rumoured to have followed it to slim down for her 2011 wedding.

If you’re used to following a low-fat regimen, this could be a good fit. In the initial “attack” phase, which is up to 10 days, only proteins are permitted (plus oat bran—you eat this in all stages). In the next phase, which can last months, you add non-starchy vegetables. In the final phases, you reintroduce starchier foods and a little fat and grains, but one day each week, you eat only protein.

“But Dukan is extremely restrictive in phases 1 and 2, which may increase the likelihood of feeling lethargic. Those phases are also not nutritionally complete, since fruits and vegetables are banned, so a multivitamin is necessary. Overall, I’m not sure dieters will gain habits that are sustainable.”

This one is based on what humans would have consumed in the Paleolithic Age some 2.5 million years ago. Popularized in 2002 with The Paleo Diet, it typically includes vegetables, fruits, nuts, meats (grass-fed only) and organ meats. Not allowed are dairy, grains, sugar, legumes, certain oils, salt, coffee and alcohol. Bill Clinton is said to be following a Paleo-style diet.

Notes Mah, a 2014 study showed that menopausal women lost more inches around their waist on a Paleo-style diet than on a high-fibre, low-fat diet. With Paleo, says Mah, “Eating out is hard, and you’ll have to make most of your meals from scratch, but if you love cooking this could work for you.”

If you’re a vegetarian or vegan, it may be tricky, she says, since proteins are limited to meats, fish, seafood, eggs, nuts and seeds—no beans or legumes are allowed. “You’d have to check with a dietitian to ensure you’re getting the right nutrients.”

And, she says, as with any diet, you need to ask yourself: Can you eat this way forever?