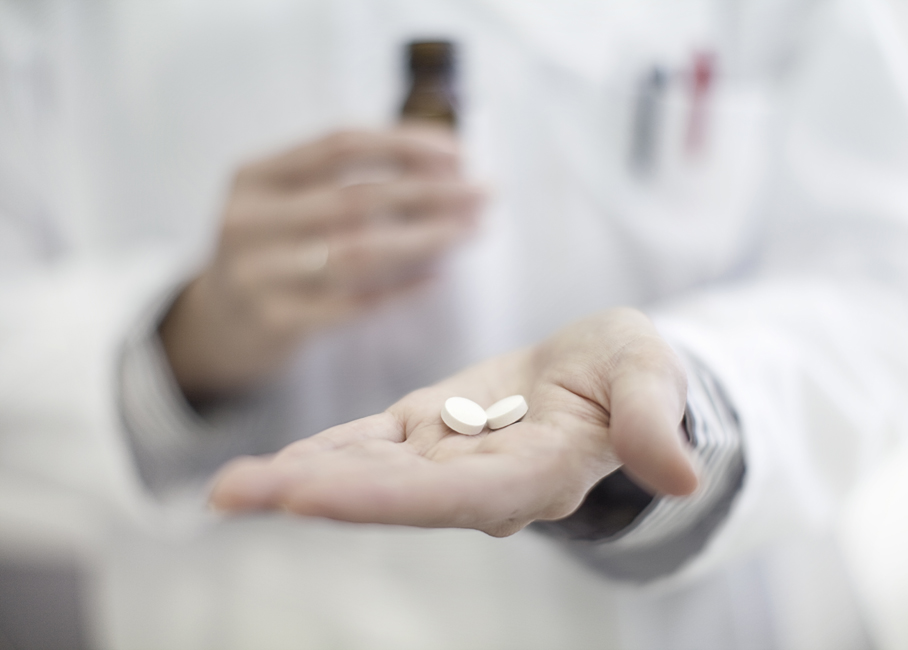 Alzheimer’s Disease is a medical emergency that continues to spread across the globe. Here in Canada, more than three-quarters of a million people are battling Alzheimer’s Disease or dementia, according to statistics from alz.org, with that number rising. A new Canadian study, however, offers a glimmer of hope for possibly stopping Alzheimer’s in its tracks. And if the theory turns out to be correct, the magic pill that could help eradicate this disease is likely already in your medicine cabinet: ibuprofen.

Canadian researcher Dr. Patrick McGeer, who is reportedly “regarded as a leading authority on the causes and prevention of Alzheimer’s disease,” led the study, which was published in the Journal of Alzheimer’s Disease and believes that the key to stopping Alzheimer’s begins with our saliva.

Dr. McGeer’s team previously discovered that Abeta 42, a peptide that appears in our saliva, is, “characteristic of [Alzheimer’s Disease]. Biomarker studies indicate that such brain deposits commence a decade or more prior to clinical onset of the disease.”

“What we’ve learned through our research is that people who are at risk of developing Alzheimer’s exhibit the same elevated Abeta 42 levels as people who already have it,” Dr. McGeer noted. “Moreover, they exhibit those elevated levels throughout their lifetime so, theoretically, they could get tested anytime.”

In theory, we know that Abeta 42 is a predictor of Alzheimer’s. And, as McGeer’s team noted in a previous study, not only does it predict the disease, but it actually helps it develop and strengthen over time. In yet another study, McGeer’s team concluded that Alzheimer’s, “probably results from the inflammatory response induced by extracellular Abeta deposits, which later become enhanced by aggregates of tau. The inflammatory response, which is driven by activated microglia, increases over time as the disease progresses.”

So if the inflammatory response that the Abeta 42 deposits create spurs on the development of Alzheimer’s, then it stands to reason that suppressing the inflammation could suppress the disease. And what pill is proven to suppress inflammation? Ibuprofen.

With the results of his most recent study, McGeer’s teams believes that tests to detect the number of Abeta 42 deposits in a person’s saliva should begin at age 55 and continue throughout the person’s life. If an abnormal amount of Abeta 42 deposits are ever found, then taking one ibuprofen pill daily could eliminate that person’s chance of developing Alzheimer’s altogether.

Of course, like with any study, this one has its skeptics, but with more research into the issue we could one day say for certain that the key to eradicating Alzheimer’s is in an over-the-counter anti-inflammatory that so many of us have been purchasing all along.