‘The Younger Next Year Back Book’: How Changing The Way We Move Can Cure Back Pain 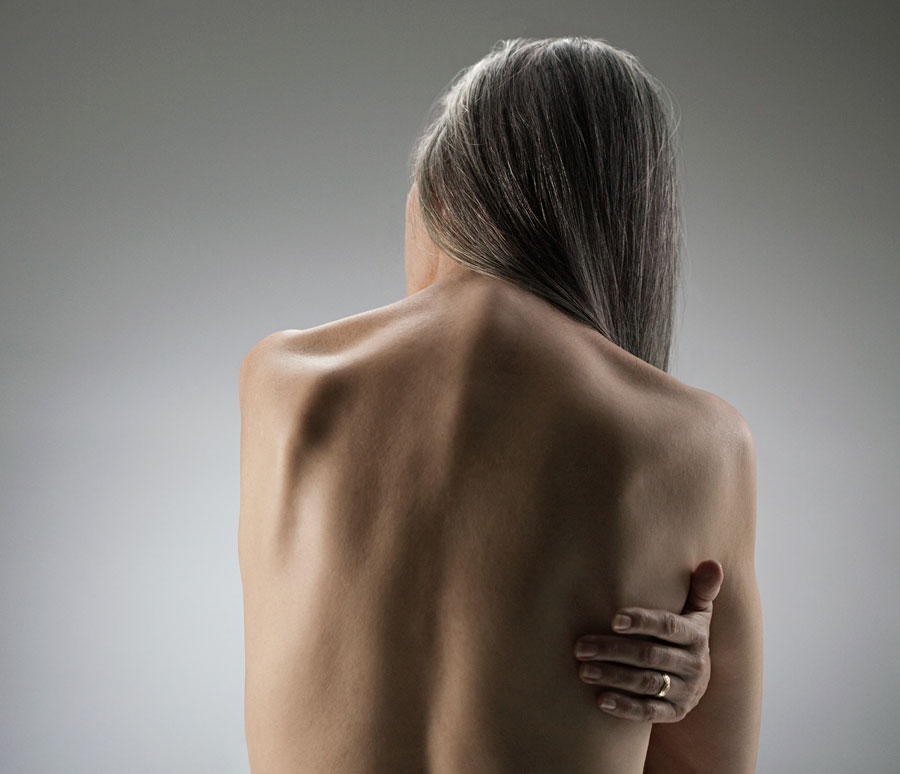 While bed rest is no longer considered an affective treatment for a back injury, the idea of immobilizing the back to promote healing wasn’t entirely flawed according to The Younger Next Year Back Book.

In fact, finding and maintaining the position in which your spine is under the least amount of stress and load, known as the neutral spine, is a central component to the cure for chronic back pain offered in the book.

“If you’re one of these people that twist or bend in your low back, you’re putting force and load through those tissues you want to heal,” co-author and chiropractor Dr. Jeremy James told Zoomer. “So part of learning the neutral spine is keeping your back relatively still and free of potentially damaging loads as you go about your day.” The neutral spine is the position we’re naturally meant to move from and involves a gentle inward curve in the lower back — which aligns with the curves in the thoracic (middle) and cervical (neck) portions of the spine.

Because people with chronic back pain often adopt an unhealthy posture, the book first teaches readers how to find their neutral spine.

Below is an illustration of the neutral spine from Dr. Jeremy James’ website BackForever.com. However, it isn’t meant to be a quick fix. Instead, the book teaches readers how to permanently adopt the neutral spine and incorporate it into all their daily activities — from adjusting the way we walk to how we get off the toilette.

The prescribed behavioural changes throughout the book follow the guiding principle that most back pain is a product of long-term behaviour and can be fixed by adopting healthier spine-sparing habits.

For example, the book re-educates readers on the routine task of rising from a seated position (this includes the aforementioned rise from the toilette seat).

The step-by-step instruction describes the starting position of the rise as the second part of a squat, where you’re hinged forward at the hips and your buttocks sticks out behind you. Then, while maintaining a neutral spine and engaged core, readers are to shift their weight to their feet and push outward with their heels (as if trying to “spread the floor apart”) to engage the glutes as they rise.

The focus on lifestyle changes is a theme that runs through the entire Younger Next Year series; a collection of books that tackle everything from losing weight to improving fitness.

For each of the guides, co-author Chris Crowley, an 84-year-old former lawyer, collaborates with an expert in the field, filtering highly technical subject matter through his light conversational style of writing.

“He’s the brains of it,” Crowley says of his most recent partnership with James. “I’m a Wall Street lawyer, I don’t know squat. But like a fancy lawyer, I take very complex stories, meld them down [and] retell them in a way that’s both understandable and maybe kind of fun. The reader and the writer, we’re in this thing together.”

Who the Book Can Help

While the causes of back pain are unique for each individual, the book’s authors contend that behaviour is almost always at the root of the issue.

“I tend not to focus as much on the immediate symptomatic cause such as stenosis or a bulging disc,” James says. “While those are important, short term, they are really just symptoms of a much wider problem. The real problem is unhealthy habits — the way you move [and] live.”

They believe that their behavioural approach will eliminate or significantly reduce back pain for 80 per cent of sufferers.

They say the other 20 per cent of cases, while rare, may also require medical care beyond the scope of the book. According to the authors, these may include sufferers experiencing a loss of strength in their arms or legs, tingling in their lower extremities and numbness in their buttocks legs or feet — all of which are signs of potential nerve damage. Also, they say those with pain that shoots down the leg should be checked for a ruptured disc, which may require surgery.

However, James says that once they’ve had successful treatment, they can return to the book as a long-term guide.

The book also warns that those suffering from lower back pain that never varies in intensity and doesn’t seem to be related to movement, activity or position, should see a physician at once as their pain may be caused by something unrelated to musculoskeletal issues like kidney stones, osteoporosis or even cancer in rare cases.

Also included in the book, is a 10 to 15-minute daily exercise program that’s designed to build endurance in the core. The seven exercises mark a shift from strength-based repetitions to 5-10 second holds that engage the core muscles that brace the spine.

“For someone who’s had back pain, it’s far more important to build endurance than strength because you need to maintain a light contraction in the [core] to help you support and maintain the neutral spine as you go about your life,” James says.

According to James, even seemingly inconsequential movements like bending down to pick something up or getting out of a chair can accumulate damage if the neutral spine isn’t supported properly by the core.

“We do these movements hundreds of thousands of times over several years or decades doing a tiny amount of damage every time,” James says. “You may not feel it until a huge amount of damage has been done.”

The goal, James explains, is to lock in the neutral spine with a light contraction throughout the entire day. While that may sound daunting, he says that with practice and increased endurance, both a slightly engaged core and neutral spine become second nature.

As for those concerned with losing flexibility, James says that movement — particularly repetitive, loaded movement in the lumbar spine, which includes rising out of a chair or lifting objects without a neutral spine — often contributes to chronic back pain.

“The [core] muscles around your spine aren’t designed to initiate movement, they’re designed to stop movement [and] brace the spine,” James explains.

So instead of problematic movements that include rounding and twisting in the back, James and Crowley teach readers to move from their hips and shoulders; ball and socket joints that are designed to initiate movement.

James says that readers can address flexibility by walking regularly, which requires movement in the lumbar spine. Additionally, walking with a neutral spine requires engagement in the core and serves as another beneficial workout for the core muscles that support the spine.