Bacteria In Our Gut Could Be Key To Increasing Longevity, Researchers Say 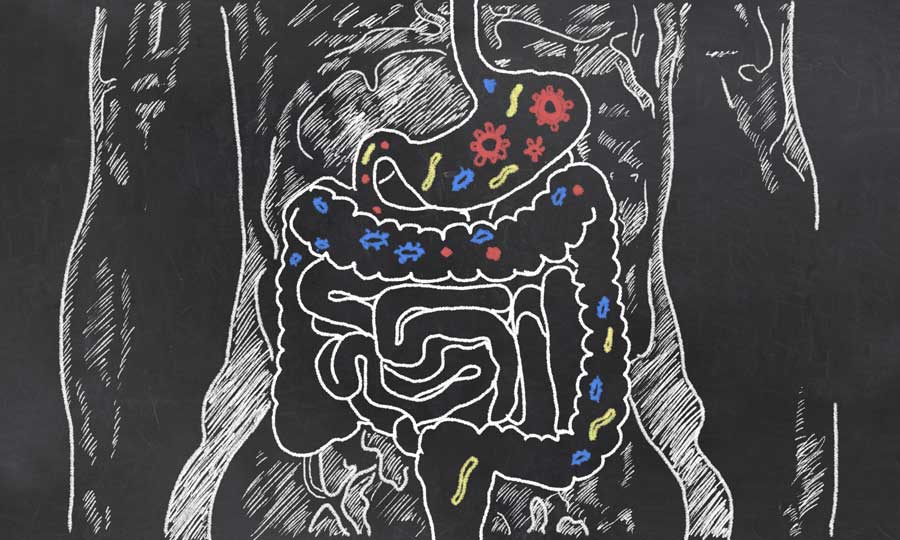 About a decade ago, scientists introduced the world to a new concept so potentially exciting that it made genome mapping suddenly seem like yesterday’s news.

This time, the reports were of the human microbiome, the trillions of diverse bacteria that live on our skin, in our mouths, our intestines and genital tracts. In the years since, researchers have pieced together what role the microbiome plays in physical and mental health (spoiler alert: top billing), linking an unhealthy one with everything from asthma and obesity to depression and cardiovascular disease.

They’re also discovering how we humans — mere housing units for all that bacteria, as it turns out — are messing with our microbiomes and what the consequences of doing so might be.

As they learn more and more about the big picture, scientists are now able to target the research more precisely. Recently, their focus has turned in part to the microbiome in older and elderly individuals, and what they’re discovering is both sobering and exciting. One finding: according to Brett Finlay, a professor at the University of British Columbia and author of The Whole-Body Microbiome: How to Harness Microbes―Inside and Out―for Lifelong Health, the microbiome in the 65-plus population “goes off a cliff in terms of composition.”

During the aging process, the intestines become more permeable, and the diversity of beneficial microbes decreases — a sort of reverse process to what happens in the first few years of life, when the microbiome is developing. The beneficial microbes help protect the gut from inflammation and, as they decrease, they leave room for others associated with inflammation to move in. “The Achilles heel to aging is this chronic low-grade inflammation,” explains Finlay.

One British study indicated that if people brush their teeth three times a day, as opposed to two, their dementia potential decreases by 20 to 40 per cent. Brushing more often “decreases the microbe pieces seeping into your body, and these pieces piss off the immune system and cause inflammation,” he adds. “As you get older, the immune system quiets down a bit, and it’s thought that that causes changes in your microbes.” In addition, intestinal permeability increases as we age, so microbes are seeping into the body at a low rate, says Finlay, “which triggers low-grade inflammation, which then triggers tissue damage, which then triggers … and then you just fill in whatever Western disease you want.”

Add to that decreased amounts of exercise and the notoriously unhealthy senior diet, light on the protein, fresh fruit and vegetables and heavy on the processed foods, carbs and salt — particularly in long-term care or retirement homes. “It’s apples and oranges,” Finlay notes. “You compare someone in an elder-care place versus living in a community: their microbes are very different.” And even in a community, people over 50 also tend to be deficient in such things as iron and vitamins B, B12 and D, as well as folic acid.

And while we’re definitely living longer, thanks mainly to a decrease in infections courtesy of antibiotics and vaccines, other Western diseases — Type 2 diabetes, COPD, obesity, allergies — are moving in to take their place. Finlay calls it the hygiene hangover. “If clean is good, cleaner’s better, right? Not necessarily,” he says. “In our quest to get rid of the infective agents, which we’ve done a very good job of, we’ve wiped out many of the microbes that are just normal inhabitants on us, the ones we evolved with. We’re taking them out of the equation.”

Does that matter? Considering that the microbiome not only influences how we live but also, in more cases than not, how we age and die, the answer is a definite yes. Microbiota not only help us digest food but they supply nutrients and protect us against disease-causing pathogens. If the microbiome is out of whack, which it is more often than not in older and elderly people, it may lead to or contribute to certain diseases.

In fact, the microbiome is implicated to some extent in many causes of death in older people. “We know diet can improve your health and longevity; we know that exercise helps,” says Finlay. “But the really startling thing for me is that microbes are at the interface of all these things.” One of the top causes of death is influenza and pneumonia — obviously microbial as each is caused by a virus or bacteria. But many others have microbial linkages, ranging from dementia and Alzheimer’s all the way to cardiovascular disease — heart attack and strokes — to kidney disease and lung disease.

The million-dollar question is if you enhance the composition of your microbe population, can you increase longevity? “I’m convinced you can increase your healthy living,” says Finlay, “and also your healthy aging.” In one of the largest studies of the human microbiome, researchers in London, Ont., and China looked at 1,000 “extremely healthy” people ranging in age from three to more than 100 who had no known health issues and no family history of disease. The results pointed to a direct link between a healthy gut and healthy aging. “The main conclusion is that if you are ridiculously healthy and 90 years old, your gut microbiota is not that different from a healthy 30-year-old in the same population,” Greg Gloor, a professor at Western University and the principal investigator, said last fall.

In the handful of areas in the world where people routinely live long, healthy lives — Okinawa, Japan; Loma Linda, Calif.; Sardinia, Italy; Nicoya, Costa Rica; Ikaria, Greece — three recurrent themes emerge. The first is the maintaining of social contact, whether it’s from generations living together or a spiritual community or just regular contact with friends and family. It’s not only good for the soul but it’s a good way of mixing up the microbes because they’re passed by touch or by touching something someone else has touched. “You can actually tell who people are playing bridge with in an old folks’ home by their microbial signature,” says Finlay, “because they’re sharing these things.”
The second is exercise — exercise affects microbes and microbes affect exercise. In a couple of recent studies out of the University of Chicago at Urbana-Champaign, researchers found that exercise alone changed the composition of the microbiome in the gut, independent of any other factors. “You don’t have to be a marathon runner,” adds Finlay, “but you want to be toddling down to the town square to play cards with your buddies every day or be a sheep herder or play tennis.”

And, of course, diet is key. Scientists have found that those who follow a modified Mediterranean diet — high in fruit and vegetables, nuts and legumes, with fish moderately often, red meat only occasionally — are about 50 per cent less likely to develop those more common diseases. And it’s never too late to change dietary habits and have a positive impact on the microbiome. (Researchers are still trying to study the impact on the microbiome of eating organic versus non-organic, but currently there’s no evidence showing good or bad. But going organic where possible certainly can’t hurt.)

“If you have a defective gene, in today’s medicine we can’t fix it, we can’t do gene therapy,” says Finlay. “Yet it’s easy to change your microbes. We do it every time we go on a diet, every time we take antibiotics, every time we travel to another country. So that raises a lot of hope.”

And that’s the best news of all: we aren’t completely powerless to change how we age. In fact, only 20 to 25 per cent of longevity and healthy aging is genetic, which means we can control the other 75 per cent.

“It’s not written that you’re going to get cancer and die like your parents did,” says Finlay. “I think that’s something people don’t really realize. We can really influence our longevity and health by modifying the environment — basically modifying the microbes because they are how we interface with the environment.”