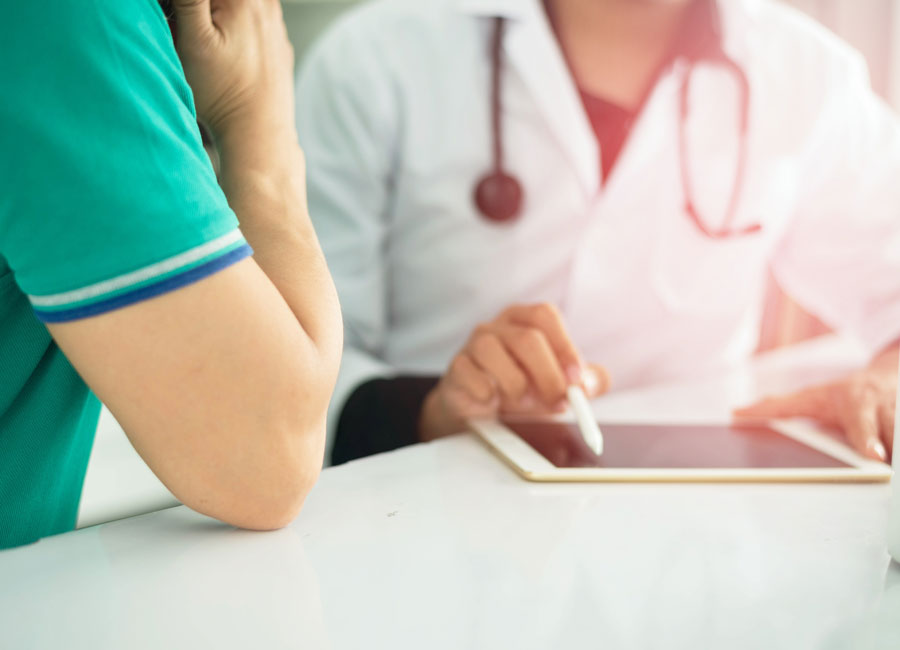 In an effort to improve early diagnosis of various male and female cancers, British scientists looked at what symptoms are most likely to indicate cancer in people in various risk groups including age and gender.

For the study, published in the British Journal of General Practice (BJGP), researchers from Keele University in Great Britain analyzed 25 previous studies from the UK, US, Netherlands, Belgium, Australia, Denmark and Germany. The purpose of the research was to identify symptoms that had a one in 20 or higher chance of turning out to be cancer.

While there may still be a relatively low chance of a patient with these symptoms to actually have the disease, lead researcher Dr. Mark Shapley says these signs are nonetheless strongly linked to various cancers — and recommends that doctors follow up at once to pinpoint the cause.

Despite the fact there are often benign causes for these symptoms, researchers say these 8 ‘red flags’ should be investigated immediately to rule out cancer:

Iron deficiency can be caused by a number of conditions including heavy menstrual periods, ulcers, and a diet too low in iron — but it can also be indicative of colon cancer. In an editorial accompanying the study in BJGP, Dr. Kevin Barraclough, a GP from Stroud, emphasized the importance of taking into account the age of the patient when evaluating any symptom. For example, “Iron deficiency anemia in a 21-year old female is extremely unlikely to be due to colorectal cancer, whereas in a 60-year old male, cancer is likely,” he said.

While the presence of blood in the urine can indicate urological cancer, it can also be explained by more benign causes, such as exercise. As with other potential symptoms for cancer, doctors need to follow up to identify the cause.

It can be a sign of lung cancer, but coughing up blood (hemoptysis) could also be the simple result of particularly violent coughing or a bloody nose.

If you’re having trouble swallowing, it could potentially mean cancer of the head, neck or esophagus. Other possible causes include acid reflux or gastroesophageal reflux disease (GERD), or it could be as simple as a severe sore throat.

A lump or mass in the breast is a sign of breast cancer, which is why it’s important to seek immediate medical evaluation if a lump is detected. Fortunately, however, most breast lumps result from noncancerous conditions such as various types of cysts or injury, according to the Mayo Clinic.

Bleeding that occurs after menopause can happen for a variety of reasons, many of them completely harmless. But it could be a sign of cancer of the cervix, ovaries, uterus, or vagina. Doctors can get to the root of the problem by conducting tests like an ultrasound and biopsy.

The detection of an enlarged prostate or of a lump during a medical exam could mean prostate cancer, which is why additional testing is necessary. Any abnormalities can also indicate a benign condition known as benign prostatic hyperplasia (prostate enlargement).

This can be a warning sign of colon cancer, particularly in older age groups. The vast majority of people who experience rectal bleeding, however, have hemorrhoids or another condition besides cancer. While this particular study highlighted these eight ‘red flags’, experts warn they are not the only potential warning signs for cancer. There are, in fact, over 200 different types of cancer, which produce many different symptoms. So it’s important to notice any unusual or persistent changes to your body — and report them to your doctor or dentist as soon as possible.

Changes in your body you should be alert for include unexplained weight loss, fever, fatigue or pain. Also watch for any sores that do not heal on your body or inside your mouth and obvious changes in the shape, size or colour of a mole or wart.