Move It Or Lose It: Expert Fitness Strategies That Will Help You Stay Functional For The Long Haul 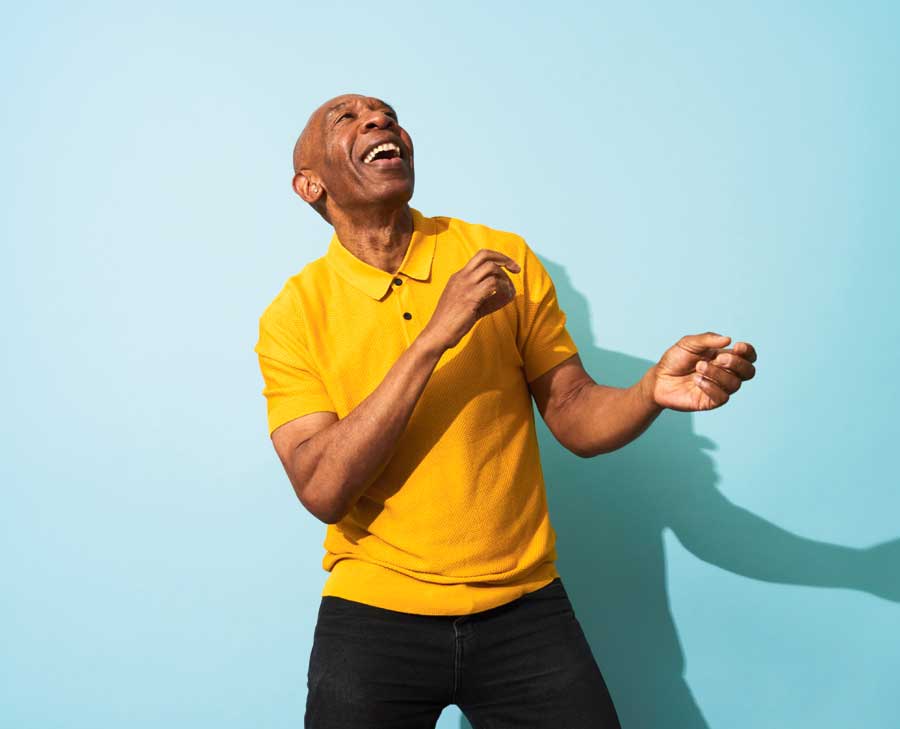 He didn’t like what I’d been calling the concept I wanted to talk to him about: how to age well enough that you’re able to do the things you’d been looking forward to in your retirement, whatever age it comes; not marathons or Everest so much as lifting grandkids over your head, sitting on the floor at a restaurant in Japan or being able to take that yoga class at the foot of the Himalayas, even if you’d never actually gotten around to doing yoga before.

I’d caught up with the 62-year-old Dalhousie professor after a few days of trying during a brief break from his shift in the ER at Halifax’s Queen Elizabeth II Hospital. He spoke articulately, simply, passionately and very quickly. “The reason people the same age have varying risks of death is that they have different things wrong with them,” he told me. He has a way, I was to learn (also very quickly), of making statements of the obvious into the building blocks of something not only valuable and practical but at the very cutting edge of medical research into fitness and aging. “So the thing you need to do in your 50s and 60s is to have as few things wrong with you as possible, and that mostly consists in doing what your mother told you.” It turns out you should get enough sleep, eat well and you really shouldn’t smoke.

As with a lot of what your mother told you, it can take a lifetime to realize how right she was. But in medicine’s case, those years of trial and error and experimentation can come with a bonus. In this case, it’s a strategy.

After studying data from Canada’s national population survey, which ran from 1994 to 2008, and adding it to data from Europe, the U.K., the U.S. and China, he and his fellow researchers have determined that what he calls “deficit accumulation” and what we might call “stuff going wrong with us” roughly doubles every 15 years. “So if you arrive at 65 with the fewest number of things wrong,” he says, “then you’ll wind up with a longer time of having fewer things wrong with you.” Meaning that in every 15-year cycle, your goal should be to have as few things wrong as possible. Which may, once again, seem like common sense, but the way aging works, as Rockwood has discovered, is very much like the way compound interest works. The rate at which our ailments compound is, he has found, roughly 3.5 to five per cent each year, doubling every 15-year cycle.

That’s where Helen Ries comes in. She’s the owner of Sitka Physio and Wellness, right between the Bill Reid Gallery and the Vancouver Art Gallery in Vancouver’s city centre. A physiotherapist herself, with bachelor degrees in kinesiology and physical therapy with extra qualifications in intramuscular stimulation and acupuncture, she actually kind of liked my “functional wellness.”

“It’s a big problem,” she says when I introduce the concept. “I get patients who see me during their working career and expect to be able to be very active into their retirement, and they can’t because of injuries related to the way they’ve been living their lives.”

For Ries, the way to make those 15-year cyclical reductions in stuff that goes wrong with us is all about body awareness. “We’ve been cultured by our dental hygienists and dentists to floss and brush at least twice a day,” she points out. “We spend so much time with those small pearly whites, and the rest of our bodies we’re not being mindful about.”

One tactic she recommends to her clients is to use that very same acculturated self-care time to do a little more self-care. “While you’re brushing your teeth, for example, you can start rolling your feet. At the beginning of the day, be grounded in our feet and, at the end of the day, release the tension of our days.” She suggests getting a simple wooden dowel, about an inch in diameter, and rolling one foot over it, back and forth, for one to two minutes, and then doing the other. As any podiatrist — or GP — will tell you, our feet are pretty important, and when things go wrong with them, things can really go wrong. To take an extreme example, my father, now 82, had had Type 2 diabetes for some time, when one day, he got up and fell right back down into his chair. The nerves in his feet had degenerated to the point that he could no longer feel them. It has been happening slowly for years, of course, but since he’d never really paid attention to his feet the way Ries suggests, it snuck up on him. He spent some time with a walker but, in fairly short order, he was in a wheelchair and now spends most of his time, as a matter of practicality, in bed. It’s not the way he envisioned his 70s and 80s going.

“It’s all about forcing yourself to check in,” Ries says. “That’s something we don’t do enough.” Though habits can be good or bad, we are creatures of them and, for Ries, that can be a problem. We have ways we move and ways we don’t, given the kinds of lives we lead. So even if we’re active, we generally — if we’re not continually training for triathlons, that is — move in the same ways day after day, week after week, year after year. And as far as Ries — and medical science — is concerned, the rule is use it or lose it. So she recommends moving in different ways than we’re used to.

A lot of our activities take place in front of our bodies. We eat, we drive, we cook, we’re on the computer, all of it with our hands in front of us. We need to build in opportunities for movement where we’re working in extension, in rotation, and our hands aren’t necessarily in front of us, and our heads are not necessarily in front of us. Our heads, Ries points out, usually weigh between 10 and 15 pounds, meaning that unless we come up with ways to support our heads periodically during the day or positions in which it’s not resting with its full weight on the top of our spines, it can cause repetitive strain and reduce flexibility. She suggests any of the exercises that involve wonky poses: tai chi, yoga, Pilates, whatever works for you, so long as your body looks weird doing it. “It doesn’t have to be very high level,” she says. “It’s just about being in different planes of movement than what we’re used to.”

If you want to be able to get down on the floor and play with the kids’ kids as you age, she suggests putting things you use daily in lower cupboards. If you want to be able to hold the grandkids high, put your pots and pans on higher shelves. We can overdo it on the comfort and ease, she says, and should start thinking of home design in terms of movement and beneficial effort rather than convenience.

She says people tend to get out of the practice of what is essentially chaotic movement — moving differently all the time because we’ve got no rituals — when we have kids. That’s commonly when the dad bods and the muffin tops show up for the first time. And that’s when the best advice my GP gave me came. Dr. David Smith was his name. He retired from his downtown Toronto practice seven years ago at 82 and, on one of my last visits with him, he had a big black eye, which I naturally asked him about. “This?” he said, trying to be nonchalant but obviously proud of his shiner. “Skiing.”

His advice, which he gave during one of his characteristically long fee-schedule-ignoring chats, was to pick one physical activity you like doing and never stop doing it. He’d been in practice long enough to have seen many of his patients’ entire life arcs, from youth through middle age and into death, and a pattern he’d noticed was that when people stopped the walking or swimming (or skiing) they’d been doing for years, most often because of something like a long trip or a short illness, they started a downward fitness spiral they were often unable to get out of.

So, rainy days keeping you inside? Get on the bike as soon as the weather breaks. Holidays have you preferring the hotel buffet to the hotel gym? Take longer strolls on the beach. Flu kept you in bed for a week? Get back into the pool on Day 8.

I shared my precious life lesson with Rockwood, and he offered a slight amendment. “One good thing about doing the same thing again and again is that you get all the tricks,” he says, “but it can also become boring.” It can also hurt. He used to do taekwondo “but after one too many broken bones,” he says, “I needed to shift to something else.”

His solution? Switch it up. “But if you have to do one thing,” he says, after some prodding from me, “a certain amount of weight-lifting and walking to take care of the cardio.”

That’s two things, but he was due back in Emerg, so I didn’t press. Though apparently, we should be. (I think I can bench-press around 140.) What about you? After all, playtime with your grandkids may depend on it.