Just How Dangerous Is the Coronavirus Outbreak? How Social Media Is Changing Research and Reactions 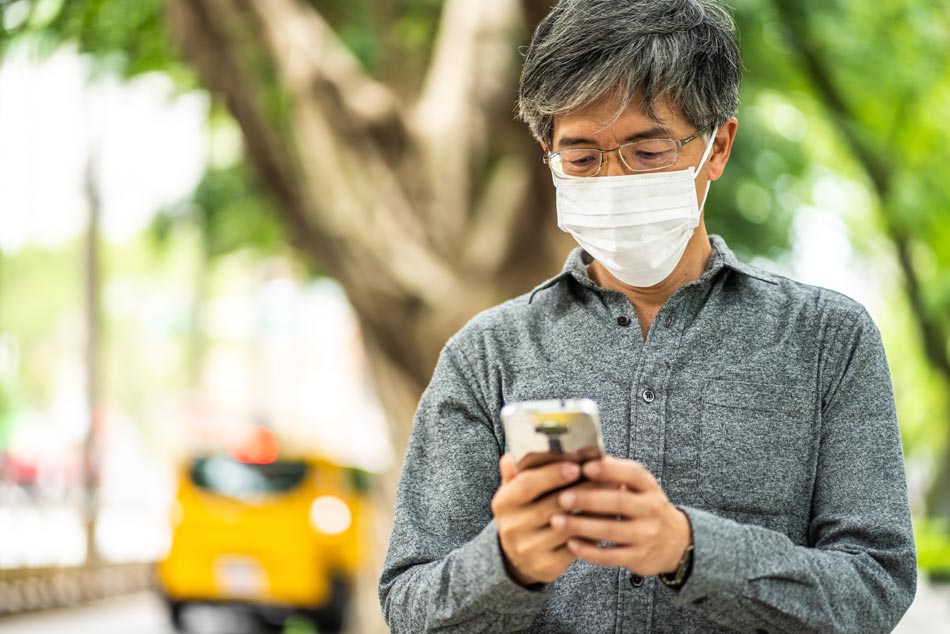 So how deadly is the virus? How concerned should we be? It’s hard to know how to weed through all the reports and opinions being shared by news outlets and on social networks. Photo: miodrag ignjatovic/Getty Images

Before SARS, coronaviruses were known to be one of the causes of the common cold. Although they can cause severe illness in higher-risk groups such as newborns, the elderly and those with underlying health conditions, they typically cause mild disease in healthy adults.

The emergence of SARS was the first indication that coronaviruses could cause more severe illness in otherwise healthy adults, with the virus infecting the lower reaches of the lungs. MERS has also caused epidemics of pneumonia and systemic disease since 2012.

We are currently seeing an outbreak of a third coronavirus that can cause severe pneumonia, shifting the global perspective on coronaviruses and their potential to cause a greater range of illness. As the public looks for information and scientists rush for answers, advances in social media and technology have offered some good, some bad and some ugly pockets of information.

The world is not the same as it was in 2002 when SARS emerged. Social media platforms, including Twitter and Facebook, have allowed the rapid exchange of information — and sometimes misinformation. Many of the cutting-edge technologies and techniques scientists use today to analyze big data did not exist in 2002 either.

The World Health Organization was alerted of a pneumonia cluster on Dec. 31, which appeared to be linked to a single market in Wuhan, the Huanan Seafood Wholesale Market. Chinese scientists rapidly isolated the virus and sequenced its genome using a cutting-edge technology called next generation sequencing.

Next generation sequencing allows scientists to rapidly determine the genetic code of an organism. It detects all variations or mutations in the genome, which may provide scientists with clues on mutation rates, the source of the virus, and its pattern of circulation within a population.

By Jan. 10, the first genetic code describing the building blocks of this virus became publicly available. Some early analyses suggested the virus originated in snakes. Scientists at the Wuhan Institute of Virology subsequently reported the virus was a SARS-like coronavirus that had likely originated in bats: the sequence of the virus was about 96 per cent identical to a bat coronavirus.

Knowing that 2019-nCoV is a SARS-like virus has allowed scientists to infer important information about how the virus is transmitted from one person to another, and how it binds to, and enters, cells to produce numerous copies of itself, a process called replication.

Importantly, the sequence of the viral genome also allows scientists to begin designing and synthesizing viral proteins for vaccine development.

With the sequence available, a great number of researchers with a larger array of tools are able to work on vaccines and antivirals for this immediate viral threat. With the use of Twitter, Skype, WhatsApp and bioRxiv (a website where scientists can upload their scientific papers for public review), clinicians, virologists, bioinformaticians (biologists who work with big data) and epidemiologists from around the world have focused and co-ordinated their efforts to fight the outbreak and contain its spread.

Specifically, scientists are using Twitter to brainstorm and provide ideas that help advance research on 2019-nCoV.

To date, the 2019-nCoV has spread to 18 countries and territories, with the greatest burden in China. So far, there have been 132 deaths and 6,065 confirmed cases worldwide, including two confirmed cases in Toronto and one in British Columbia. But this is a rapidly evolving and fluid situation and these numbers are likely now out of date.

Some modellers are predicting there may be as many as 100,000 cases. If true, it may suggest the virus can cause a very mild illness as well as severe, which would lead to a high number of unreported cases.

The first descriptions of the virus said it was not being transmitted from one person to another. Reports now indicate that sustained human-to-human transmission is occurring.

Media reports have suggested that virus transmission might occur during the incubation period of 2019-nCoV infection, though this has yet to be definitively confirmed and has been met with some skepticism. These confounding assessments have created an aura of apprehension in the information being presented on this emerging epidemic.

Canadians should look to their provincial health agencies and the Public Health Agency of Canada (PHAC) for reliable, accurate information and direction. PHAC is working with the WHO to monitor the situation and give Canadians direction.

According to the U.S. Centers for Disease Control and Prevention, 2019-nCoV appears to spread mainly through close contact and by respiratory droplets produced when an infected person coughs or sneezes. The WHO’s recommendations to reduce exposure to their virus include frequent hand-washing, covering mouth and nose with flexed elbow or tissue when sneezing and avoiding close contact with anyone with a fever or cough.

At this point in the epidemic, we are still in a dynamic phase where scientists are learning in real time how a newly emerged virus behaves and circulates across populations. It will take time to produce the reliable information required for a detailed analysis of the dynamics of 2019-nCoV transmission and spread.

Scientists, epidemiologists, clinicians and data modellers need to complete accurate analyses and controlled experiments that will allow us to produce an appropriate understanding of this virus’ specific behaviour and the similarities and differences it shares with other coronaviruses.

It’s important that we listen to our public health agencies to get concise information for keeping ourselves and our loved ones safe from both disease and panic.