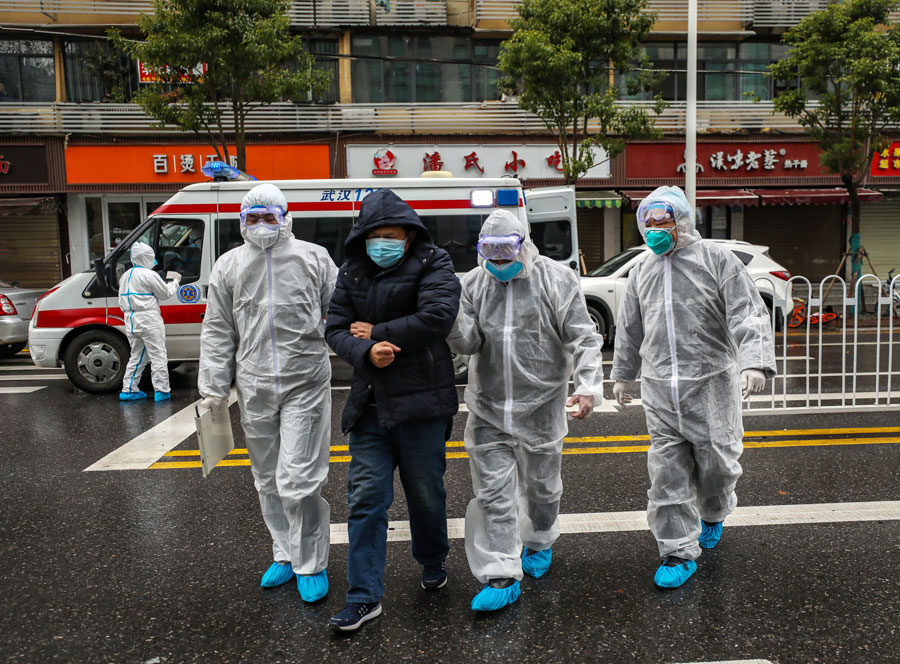 Health officials announced on Friday that another case of coronavirus was identified and treated in Ontario. The case marks Ontario’s third confirmed coronavirus patient and Canada’s fourth overall. According to the province’s Chief Medical Officer of Health, the patient was a woman in her 20s from London, Ont., who returned from Wuhan, China a week earlier and originally tested negative for the virus. She admitted herself to the hospital, however, and later tested positive for coronavirus, though she has since recovered and returned home. Officials believe the possibility that she exposed others to the virus to be minimal.

The news comes a day after the World Health Organization declared an outbreak of novel coronavirus (2019-nCoV) from Wuhan, China, a public health emergency of international concern.

“Let me be clear, this declaration is not a vote of no confidence in China,” Dr. Tedros Adhanom Ghebreyesus, WHO’s director-general said at a press conference in Geneva on Thursday. “Our greatest concern is the potential for the virus to spread to countries with weaker health systems.”

The declaration was made one week after initial meetings by the agency’s emergency committee, an independent panel of experts, who at that point decided the outbreak was not yet a global emergency.

Since then, the infection rate has climbed to more than 8,000, surpassing that of the 2002-03 SARS epidemic.

But the WHO director-general, who travelled to Beijing earlier this week, applauded China’s “extraordinary efforts” to contain the outbreak, saying today: “We would have seen many more cases outside China by now — and probably deaths — if it were not for the government’s efforts and the progress they have made to protect their own people and the people of the world. ”

The agency advised all countries to be “prepared for containment, including active surveillance, early detection, isolation, case management and contact tracing.” And the global community “should continue to demonstrate solidarity and cooperation.”

There have been 170 confirmed deaths from coronavirus, but none outside mainland China. However, 99 cases of infection have been reported in 18 other countries, including four people Canada.

Canada confirmed its first case on Saturday, a 50-year-old man who recently returned from Wuhan — the central Chinese city at the epicentre of the coronavirus outbreak. His wife became the second confirmed case on Monday. And on Tuesday, British Columbia confirmed that a man in his 40s who regularly travels to China tested positive for the virus. He is reported to be recovering at home. Friday’s news of the case of the woman in London, Ont., brought the tally to four.

The Toronto patient and his wife wore masks on the flight from Guangzhou to Toronto. After he landed last Wednesday, he became “quite ill” and called 911 on Thursday, telling emergency workers he and his wife had been in Wuhan before travelling from Guangzhou.

The man’s coronavirus case was described as “mild” during a press conference Saturday at Queen’s Park, Ontario’s legislative building, but Sunnybrook Hospital’s medical director of infection prevention and control said the patient is not out of the woods yet.

“We know that the patients who do get worse, that can be after a few days, and so we’re still providing active medical care and the patient remains (quarantined),” said Dr. Jerome Reis.

He said the hospital followed infection-control protocols, which means health care workers wore masks, eye protection, gowns and gloves, and admitted the man to a “negative-pressure room,” which helps prevent airborne contaminants like bacteria, viruses and mould from escaping to the hallway and other rooms.

The patient took private transportation home from the Toronto airport. Public health officials are identifying and tracking down anyone who sat within two metres of the man on the airplane to check for symptoms.

On Monday, Williams confirmed they were investigating another 19 cases and had tested and cleared another 15 people.

All travellers from China are being screened at airports in Toronto, Montreal and Vancouver.

The coronavirus — named for spikes on its surface that resemble a crown — is pneumonia-like infection similar to SARS (severe acute respiratory syndrome), which spread across the globe in 2003. That virus also originated in China in a catlike animal called a civet before it jumped to humans. It spread to 29 countries, infecting about 8,000 and killing almost 800. Toronto became the epicentre of the outbreak in Canada, where 443 people were infected and 44 died.

In Wuhan, the government is hastily building two new hospitals just for coronavirus patients, who have overwhelmed its hospitals and strained the health care system.

On Sunday, a top Chinese official said it needed more masks and protective suits that it can make, as cities around China mandated all citizens to wear masks in public.

Although the incubation period was initially thought to be about three days, a study by Chinese researchers, published yesterday in the New England Journal of Medicine, puts it at 5.2 days. The exact figure may still be a moving target. On Sunday, the director of China’s National Health Commission said it was more like 10 to 14 days. Ma Xiaowei also said  people can spread the virus before they have symptoms, and the growing epidemic is “likely to continue for some time.”

That prompted an advisor to the U.S. Centers for Disease Control and Prevention to call it a “game changer,” who told CNN that “this is worse than we anticipated.”

“It means the infection is much more contagious than we originally thought,” said Dr. William Schaffner, an infectious disease expert at Vanderbilt University Medical Center in Nashville, Tenn.

The Public Health Agency of Canada says the risk to Canadians and Canadian travellers is low, and recommend that anyone travelling to China avoid crowds or crowded areas, as well as farms and live-animal markets, contact with animals, and contact with people exhibiting symptoms of respiratory illness.

Coronavirus Outbreak: Why the Risk Is Higher for Older People With Pre-existing Health Conditions