Laser Eye Surgery: What You Need to Know 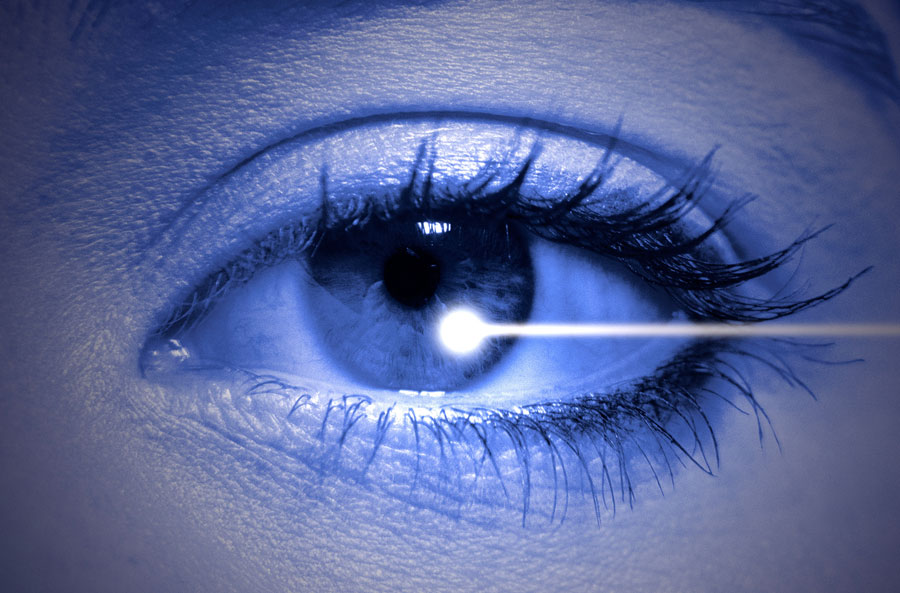 Laser surgery is performed successfully in 95 per cent of cases but life-altering complications aren't as rare as one might think. Photo: Image Source/Getty Images

It will soon be a year since Jessica Starr, a popular weatherperson on Detroit TV, took her own life. Her husband said she did so because of complications related to her recent laser refractive surgery.

Such complications are not as rare as people think. The New York Times warned in 2018 of the potential effects on some patients. More recently and closer to home, a class-action lawsuit was filed across the country against Quebec-based company Lasik MD. It is accused of failing to properly warn its clients of the risks associated with vision correction surgery.

Does this mean that the dream of getting rid of glasses while still improving vision should be forgotten?

Refractive laser surgery aims to change the profile of the cornea, the front and clear part of the eye, to correct common vision problems: nearsightedness, farsightedness and astigmatism. The idea is to eliminate the need for glasses.

Introduced in 1983 in Germany, the first North American procedure was performed in 1985. Since then, millions have been done. At that time, laser surgery was an advantageous alternative to a more imprecise technique, radial keratotomy (KR).

The first laser technologies led to better, more stable and more predictable results, but they were also associated with a number of complications: intense pain during the procedure and in the days that followed, off-centre treatment leading to the perception of halos and glare, under- or over-correction requiring the need for retouching or a return to wearing glasses, permanent corneal fog or delayed healing of the corneal surface with increased potential for infection.

In order to improve this profile and especially the patient’s comfort, a technique called LASIK (laser in situ keratomileusis) was developed in the 1990s. This time, the laser is applied once a flap of tissue, generated by incising the cornea with a small planer equipped with a blade, is lifted. The flap is then replaced without the need for sutures.

All surgery carries risks. Serious incidents after LASIK occur in only 0.1 per cent of cases. But various complications affect between 10 and 30 per cent of patients undergoing surgery, compared to 7.7 per cent after cataract surgery.

While the majority of complications are minor and do not result in permanent consequences, a number of patients experience chronic severe post-operative pain and/or visual problems, to the point where Morris Waxler, a former Food and Drug Administration expert, is calling for a recall and suspension of its use pending further safety investigations.

Regarding LASIK, Health Canada lists several potentially serious effects that must be taken into account.

Following laser surgery, the cornea is traumatized and must recover to restore normal function. In the case of LASIK, the cornea is cut at the level of the sensory nerves. These nerves protect the eye but also provide the feedback (biofeedback) necessary for the production of new tears.

In the absence of this feedback, the eye dries out, and its surface can deteriorate. In the majority of cases, the cut nerves will return to normal function within four to six months. But for a number of patients, the episode turns into a nightmare.

Karen (not her real name) is one such patient I recently met. As a young, dynamic executive, she had opted for surgery for practical (work, sports activities) and esthetic reasons. Attracted by promotions and a tempting price, she went to a laser centre and was quickly examined by the staff. Even more quickly, she was given an appointment for surgery – the next day! Without thinking too much, she proceeded.

In the days and weeks that followed, her eyes began to hurt more and more – intense pain that felt like knives in her eyes, redness and sensitivity to light requiring her to wear sunglasses even indoors. She had difficulty sleeping.

The staff at the centre tried to reassure her, saying it would be temporary, that she was the only one to whom this happened and that it would heal by itself. Weeks went by without improvement. She asked to see the surgeon again.

The surgeon told her that her eye was healed and that nothing more could be done for her. His tone and attitude left Karen in great despair. She had feelings of rejection, of denial of what she was experiencing, of incomprehension. The situation affected her work. She began to consult other professionals, always being told that her eyes were perfect. No one seemed to understand.

Karen actually suffers from neuropathy. It is a disorder of the peripheral nerves that causes symptoms but is not associated with any visible pathology. Following LASIK, the nerves in the cornea remain permanently damaged, like bare electrical wires, or they regenerate but make poor connections. In either case, the nerves send a constant signal of pain to the brain.

After a few weeks/months, the pain becomes internalized (like pain emanating from a phantom limb) and the brain is therefore involved in making the symptoms chronic. Because no one really understands this condition, patients are dismissed, and depression sets in as the condition worsens.

The lack of understanding of this case stems from the fact that it is a new field in ocular medicine that is poorly documented in the scientific literature. Treatments are complex and time-consuming. It is, in fact, necessary to create new normal nerve connections while breaking the bad ones, using medication such as cortisone, drops of autologous serum and dressing lenses made of amniotic membrane, etc.

The internalized stimulation must also be addressed, using oral medication prescribed by a specialized pain clinic. Antidepressants may also be helpful, but they usually have the effect of increasing dryness of the eyes, which is counterproductive. Psychotherapy is essential, with a professional trained in the treatment of chronic pain. Cannabis oil could help, in theory, but this approach is controversial.

Karen lost her job due to frequent absenteeism and loss of productivity. Her treatments are expensive and are eating into her savings. The financial stress increases as the months go by, and the light at the end of the tunnel is not always clear. The situation put great pressure on her marriage, and her spouse has found it difficult to cope with the circumstances.

What to know before deciding to have surgery

To avoid an outcome like Karen’s, certain precautions can be taken.

First of all, it’s best to avoid making decisions on a whim. Get information from your own eye-care professional, the one who has known your eyes for a long time. Then, get at least two opinions – in different centres – before proceeding, and assess those interactions and the level of trust you feel.

Certain risk factors can reduce the effectiveness of the procedure. For example, many patients opt for surgery because they become intolerant to contact lenses, with uncomfortable and dry eyes at the end of the day. If this is the case, it is because the eye is already prone to dryness, and surgery will only increase it. It is therefore necessary to consult your optometrist in order to treat this dryness before the operation and wait until the surface of the eye is ready for surgery.

Patients with chronic inflammatory diseases should avoid refractive surgery. These diseases include fibromyalgia, irritable bowel syndrome, Crohn’s disease, lupus and rheumatoid arthritis. Similarly, people with diabetes or severe and chronic migraines are considered poor candidates. Finally, people with obsessive-compulsive disorders should also abstain. For example, they may have the reflex to rub their eyes violently, which can dislodge the tissue flap.

Patients with severe myopia (>8D) as well as patients with large pupils (black part of the eye larger than five millimetres) are prone to the continuous perception of halos and glare after surgery.

Once the operation has been performed, it’s important to ensure adequate professional followup. Demand to see an optometrist or ophthalmologist at every opportunity. Assistance personnel, even properly trained, are not legally authorized to diagnose your condition (saying that everything is fine is a diagnosis in itself).

It’s also important to never neglect regular eye health checkups. A severely near-sighted person, even after surgery, is still at risk of having a torn retina.

Laser surgery is performed successfully in more than 95 per cent of cases. To avoid chronic problems, it is important to be well assessed and well informed.

You only have two eyes, and they are not replaceable. So take every precaution to ensure laser surgery is safe for you.

Langis Michaud is a professor at the school of optometry, University of Montreal, specializing in eye health and the use of specialized contact lenses.