As the NHL Prepares to Return, Recalling Lessons Learned from the 1919 Flu Pandemic 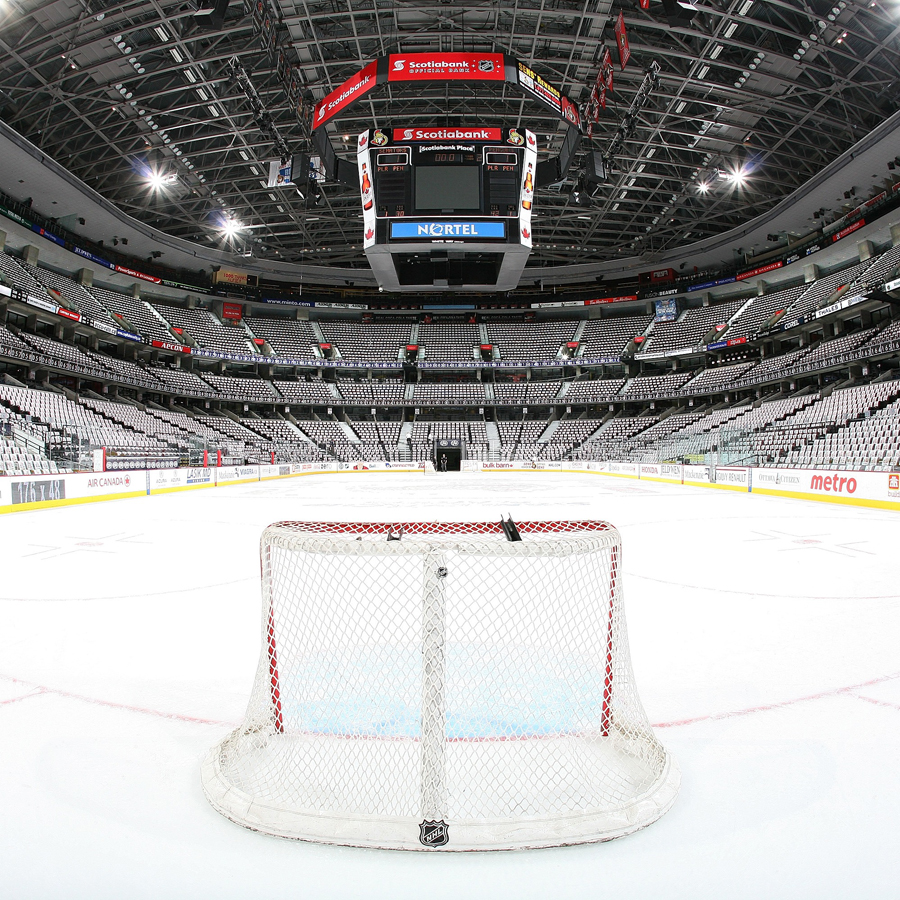 The NHL is gearing up to resume play, having learned valuable lessons from the 1919 flu pandemic. Photo: Andre Ringuette/NHLI via Getty Images

This week, the NHL announced a Return to Play Plan for the current season, which was temporarily halted on March 12 by the COVID-19 pandemic. According to a statement from the league, the plan would end the regular season and see “a modified competitive format in which 24 teams will return to play and vie for the Stanley Cup at two ‘hub’ cities beginning later this summer. The Plan also includes an outline for the return of NHL players to their Club training facilities (Phase 2) and formal training camp (Phase 3), as well as information regarding the 2020 NHL Draft Lottery.”

But this past April, as the NHL struggled to figure out the best way to resume the season, Julie Stevens and Andrew C. Holman examined how the league contended with a flu pandemic in 1919 and the lessons learned in the century since.

If the coronavirus pandemic hadn’t upended the world of sports, the National Hockey League playoffs would be under way now and 16 teams would be fighting for the Stanley Cup.

Instead, the NHL is considering a number of different scenarios to try to save its season and avoid what happened more than a century ago when a different pandemic prevented players from hoisting the Stanley Cup in victory.

On April 1, 1919, the Stanley Cup finals were cancelled mid-series because of the flu pandemic that had ravaged the globe for about a year. Seattle’s Metropolitans, winners of the Pacific Coast Hockey Association (PCHA), and the NHL champion Montréal Canadiens had already played five games of a best-of-seven series. The Stanley Cup was never awarded.

These days, hockey writers retell the peculiar story of the 1919 Stanley Cup as a curious echo of COVID-19 in our own time. In the past few weeks, the NHL and Canadian Hockey League have suspended play, the International Ice Hockey Federation has cancelled its women’s and men’s tournaments, and minor hockey programs have drawn the curtains on the season because of governments’ calls for social distancing, community solidarity and common sense.

And yet, if we look closely at the hockey world’s reactions to the deadly viruses of 1918-19 and 2020, what is most striking is how much things have changed.

When influenza appeared in 1918, hockey in Canada was a national passion with many organizations supporting the sport among diverse groups. By the 1910s, it had become a national passion among a diverse population — men and women, mill, lumber and mining-town workers, urban bourgeois, Indigenous people and settlers, Blacks and whites.

Hockey’s popularity and growth made the sport hard to control, despite the efforts of regional bodies like the Ontario Hockey Association (1890) to standardize rules and eligibility requirements.

The Canadian Amateur Hockey Association was created in 1914 and promised to govern the game uniformly from coast to coast, but by 1918 it had only begun that work. What’s more, hockey was riven by a division between amateurs and professionals.

The first openly pro leagues had appeared only a decade earlier, the PCHA and the National Hockey Association (forebear to the NHL) among them. Canadians had only begun to embrace the legitimacy of paid athletes and pro hockey, shaken by the First World War, had uncertain prospects for survival.

It’s no surprise then, that the sport’s response to the 1918 pandemic flu was haphazard.

When “La Grippe” claimed the lives of Ottawa Senators player Hamby Shore in October 1918 and Regina senior amateur Rusty Warren a month later, their deaths were mourned in the local press as lamentable happenstance. But there was no question that hockey games should be cancelled. In Victoria, coach/owner Lester Patrick’s Aristocrats exemplified the attitude that hockey should continue regardless of the health hazards.

Faced with a flu-sickened team in a playoff race in February 1919, the Victoria Daily Times noted that Patrick “set a record for signing players … as one man was stricken another was secured to fill his place.” It was in Victoria, likely in early March, where the Canadiens camped out awaiting the winner of the PCHA final between Seattle and Vancouver that team members were first infected.

Five games into the final series in Seattle, deadlocked 2-2-1, five Canadiens fell ill and were hospitalized. One of them, defenceman “Bad” Joe Hall, died there on April 5. The Stanley Cup itself bears the grim result: “1919 … Series Not Completed.”

Today, the commerce of sport, including professional men’s hockey, is firmly entrenched in a well-established corporate sport and entertainment nexus. The NHL is not faced with the sort of existential challenges that confronted the early pro leagues like the PCHA and the NHA. And the tensions between amateurism and professionalism no longer exists.

In the face of the 1919 pandemic, pro hockey owners pushed ahead with playoff games in what now seems like a blatant grab for profit. This is in contrast to the league’s definitive response to COVID-19 and the NHL Player Association’s immediate endorsement of the decision to suspend play. Now, ownership and labour are united — a reverse stance to 1919 where ongoing league activity meant that sick players were quickly replaced and even died.

The NHL is also a product of an integrated international sport system where the COVID-19 response was rapid and consistent among pro hockey leagues around the world. Swift action initially came from the International Ice Hockey Federation, which announced that Halifax and Truro would host the 2021 Women’s World Championships because the 2020 event was cancelled.

The Asia League was the first pro league to cease operation and within the span of a few days Swedish, Norwegian, Swiss, German, Polish and Austrian leagues suspended or cancelled play. Russia’s KHL eventually followed suit. The congruent response among all these leagues indicates the extent to which hockey has become a homogeneous, integrated, globalized sport.

The key difference between then and now is the NHL’s strategy. The NHL has taken charge to manage the COVID-19 pandemic while in 1919 the professional leagues simply reacted to the pandemic.

A century ago, hockey took a business-as-usual approach after the flu pandemic ended in 1919. The same stay-the-course ways won’t work in today’s context. The NHL, as a powerful actor within the North American hockey system, needs to respond with genuine efforts to rebuild our sense of community. While corporate social responsibility initiatives are common among professional sport organizations, those with a community-orientation have a particularly positive impact.

The hockey community, like all of us, has many of its most important decisions regarding COVID-19 ahead of it.

Why Willie O’Ree, The NHL’s First Black Player, Is More Relevant Than Ever