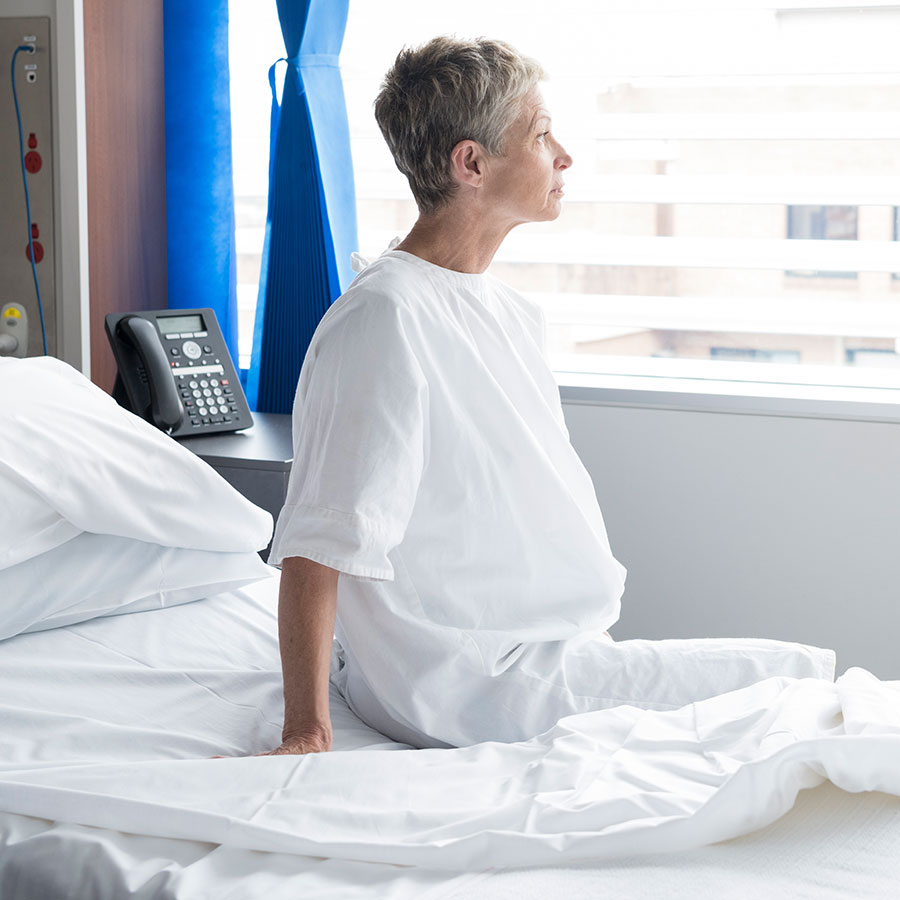 It’s a condition that can convert an independent older person into one stuck in hospital awaiting a bed in a long-term care home. Photo: JohnnyGreig/Getty Images

Imagine a health condition that leads to the death of up to one-quarter of those hospitalized with it.

The costs of this condition exceeded $160 billion in the United States alone in 2011. Finally, consider how this condition occurs in almost every hospital around the world, essentially making it a pandemic.

No, this is not COVID-19, monkeypox or influenza.

Delirium usually occurs during an acute illness and causes a rapid decline in cognition. Older persons, particularly those with pre-existing changes in cognition, are at risk.

Delirium is often triggered in hospital by enforced bed rest, misplaced or lost hearing and visual aids, sleep disruption from noisy and brightly lit wards at night, over-prescription of unnecessary and often sedating medications or overuse of “tethers” like bladder tubes or intravenous lines.

People with delirium can experience disorientation, agitation or paranoia, and may become a risk to themselves or to others. As a result, many are restrained physically or chemically with drugs such as antipsychotics, which can cause injury, reduced mobility or death.

Delirium often leaves patients too disabled or confused to return home. Some eventually do so after a period of rehabilitation, but many others never fully regain their independence and are placed on wait lists for long-term care homes. Adding insult to injury, because these patients are stable enough to not require acute hospital care, they are designated “alternate level of care (ALC)” and are charged a daily co-payment.

An emerging and dangerous infectious disease, a drug with unacceptable side-effects or a faulty medical device would trigger a major public outcry and prompt regulatory action. Yet, something as widespread and harmful as delirium — an injury clearly linked to hospital practices — rarely comes to attention.

Instead, we focus on its downstream complications: high ALC rates, hospital overcrowding and emergency room backlogs. In what amounts to systemic gas-lighting, blame is directed at those elderly “bed-blockers” and pressure builds on governments to act. Pundits and politicians debate the merits of private health care but ultimately, the same solution — one that does nothing to make hospitals safer for older persons — is reapplied: more long-term care.

More long-term care homes are then built, into which ALC patients are “decanted” (a system planning term). ALC rates come down, challenges with “access and flow” (another system planning term) are reduced and hospital pressures eased. The issue goes away — at least, until the long-term care homes become full again and the entire cycle is repeated, like a bad sequel to the movie Groundhog Day.

Preventing Delirium and Its Downstream Effects

Characterized as a “low-tech and high-touch” intervention and supported by specialized staff and volunteers, HELP identifies older adults at risk of delirium upon hospital admission and immediately implements an array of senior-friendly measures.

These measures include regular exercise; elimination of unnecessary tethers; cognitive stimulation; attention to vision, hearing and hydration needs; and sleep protocols such as noise reduction (no more jarring “CODE BLUE!” blasting over the intercom at 3 a.m.), back rubs, relaxation tapes and music, and herbal tea or warm milk. It’s low-tech. And it works.

Yet, over two decades after the publication of a landmark clinical trial, and despite ample supporting evidence, the implementation of HELP remains the exception, rather than the rule. Hospitals in Canada are simply not mandated to provide senior-friendly care. It is time they were.

Hospitals must also be required to measure and publicly report on rates of hospital-acquired delirium and functional decline. This type of mandatory, standardized and publicly available information collection is how long-term care homes in Canada were able to compare their performance, learn from one another and reduce unnecessary antipsychotic use.

Rather than remaining stuck in this Groundhog Day scenario, it is only through structured and mandatory senior-friendly quality improvement that our health-care system will eventually escape an ALC loop that ultimately affects us all.

Life After a Stroke: Family and Friends Provide Nearly All Post-Hospital Care, But Who’s Caring for the Caregivers?

Is Tech the Answer to the Health Care Labour Shortage for Older Adults?